Next week on Running Man….

No guests and an awesome premise! Seriously, I am excited about this one. The theme is Running Man time travel- and judging by the preview it involves the cast revisiting some of their more famous challenges (Sherlock Holmes, Yoomes Bond). As a longtime fan I am thrilled to see a flashback episode in action. And the Sherlock Holmes premise was one of my all-time favorites, because it was just so freaking bizarre. You can check out the preview below:

Song Ji Hyo and her Emergency Couple costar Choi Jin Hyuk have arrived in Singapore for their fan meeting. The fan meeting is set to occur May 16th at 7 PM at the Kallang Theatre. The event had previously been schedule for April but was moved out of respect for the Sewol Ferry tragedy. Pics from the airport: 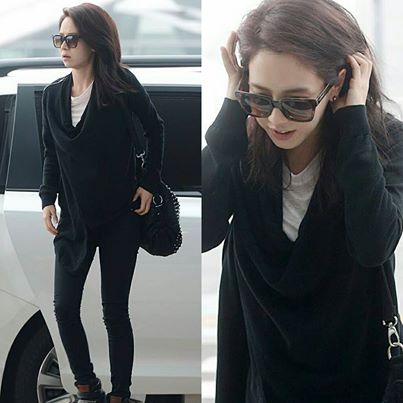 Not that I doubted it, but still nice to get the official word. On May 13th a representative for Running Man confirmed that the cast and guest (Shinee’s Minho) will leave for Jakarta Indonesia on June 1st. The annual charity soccer tournament, the Asian Dream Cup, is set to be held in Jakarta on June 2nd. All of which means more Park Ji Sung! Yaassssss! 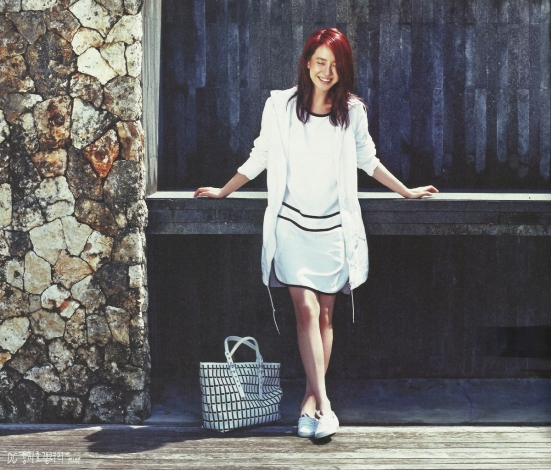 However, Song Ji Hyo won the heart of citizens and specialists and took the first place. Lee Min Jung got the second place and third place goes to Han Hyo Joo.

Song Ji Hyo was praised with her perfect facial features. Although the combination of her facial features doesn’t present a sense of glamorous, but it does gives the impression of intimacy. She still looks gorgeous even with her bare face shown in Running Man.

The poster (or a poster- this does not seem to be the final version) for upcoming film “Good Friends” was recently released, and who does my little eye see but Running Man’s giraffe. Kwang Soo is starring in the film alongside Ji Sung and Joo Ji Hoon.

“Good Friends” is a movie that tells the story of three men who have been friends since they were students. The trio did something in attempt to be nice, but their actions resulted in a crime that destroyed their friendship.

Hyun Tae (Ji Sung) works as a paramedic and has a daughter. He has a strong sense for justice. In Chul (Joo Ji Hoon) works as an insurance agent, but is known as a swindler. Min Soo (Lee Kwang Soo) runs a small business. He relies on both of his friends and treated them as his family. The film will be released later this year.

Well that was fast – we have another idol-centric episode on the heels of the Idol Label Challenge in Ep 195. Episode 197’s confirmed guests are SHINee’s Minho, 2PM’s Chansung, Sistar’s Bora, INFINITE’s Sunggyu and Hoya, CNBlue’s Kang Min Hyuk, and B1A4′s Jinyoung.

The guests plus cast have wrapped filming on Kanghwa Island in Incheon. According to reports the idols will face off against the Running Man cast as opposed to competing with them (as in episode 195). Who is excited for this episode? Me, me. Here are some pics from the filming:

This kid is too cute – and trolls HaHa at an expert level. You did well young grasshopper.