It is that time of the year again. Time to sit down, laugh hysterically while reviewing the list of the last twelve months of Running Man episodes (and try to convince people I am not crazy but in fact recalling all of the hilarious moments), and point my finger at the episodes I found to be epic.

As follows, in order of air date, are ten episodes from 2014 that had me rolling on the floor and clutching my sides – and not due to acute appendicitis. It was hard to whittle down the list of 2014 episodes into only 10, but somehow I did so- though I was fighting with myself until the end to figure out which ones made the list, and there are some episodes that were really hard not to include. Sigh, the life of a Running Man addict. Cheers! 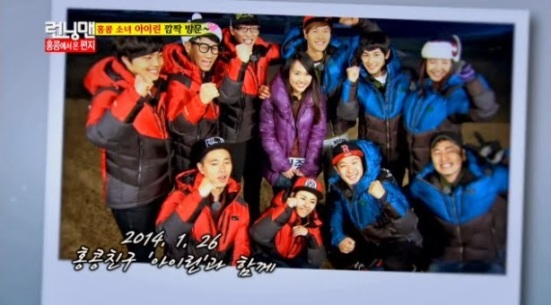 Irene is my hero. A fellow Running Man fan, Irene designed a set of challenges for the cast to undertake. Also known as living the dream of Running Man fans everywhere. The cast and guests were in top form during this episode, yet another reason this makes the list. 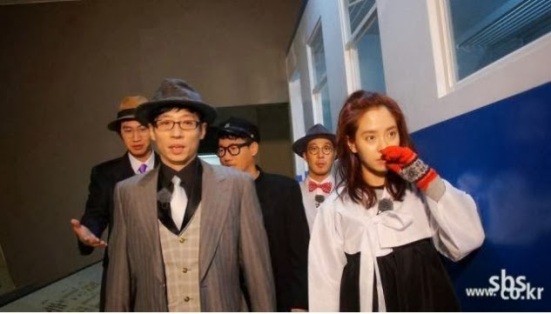 Episode 185: You Who Came from the Stars Special

In 2014 Running Man went to Australia and filmed a total of three episodes. Trying to pick one of the three as the best is difficult, I went with the first entry. While initially I wasn’t bowled over by this episode in retrospect it had some amazing moments – like the weirdest sleep over ever. 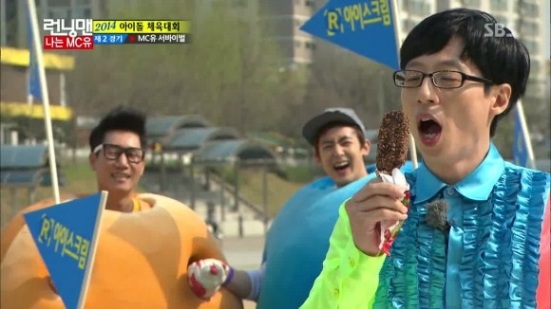 Another entry in the Idol Athletic series, this episode was unique in that Yoo Jae Suk MC’d (as in was the MC not a participant in the challenges) and offered a completely new twist on the name tag elimination game. Plus Yoo Jae Suk wore the coolest ugly shirt ever. 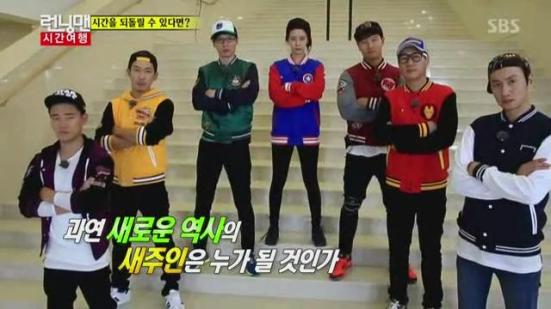 Episode 196: The Best of Running Man

The cast look back at some of their most famous challenges and are given a do-over of sorts. A great episode to watch if you have seen the challenges they revisit.

Episode 200: Soccer and a Safari

Episode 200! The second episode of 2014 in the Asian Dream Cup Challenge series, episode 200 was a favorite for a couple of reasons. Firstly it seemed that we got to watch the cast on the field of the Asian Dream Cup for a lot longer than in past years. Secondly Kwang Soo had to untie a ribbon from an alligator’s tail. Yes, you read that right. 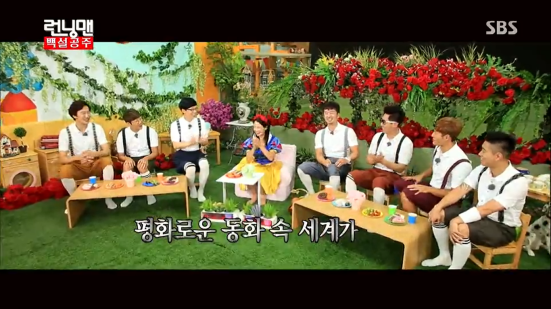 What could be better than Ji Hyo dressed as a princess? How about the rest of the cast dressed as dwarves? Throw in some awesome banter, a great guest, and a twist and you have Running Man gold.

High maintenance actresses, resulting frustrations, and an epic opening to the episode make this a stellar episode.

I stan DNA. Do you have a problem with that? 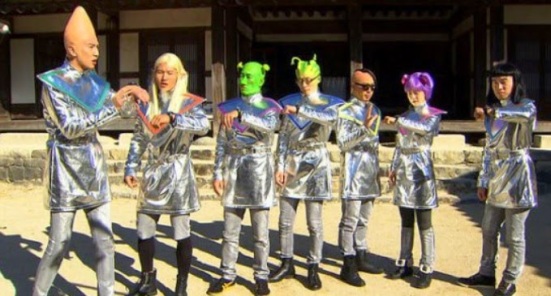 The cast play aliens trapped on earth. The PDs play evil mastermind writers who set up a challenge that is nearly impossible for the cast to win – because of things. Trust issue like things. Hilarious.

Which episodes make your list for 2014? Let me know in the comments!