Who needs words when you have pictures?! The big news of the week is Running Man in Australia. So in other words – not many words to follow…massive picture dump straight ahead. Cheers!

Ouch- 4th place. K-pop Star 3 aired their final episode of the battle audition round, propelling the show into 3rd place (note, this show is the lead in for Running Man).

The cast is sans guests as they compete in an epic challenge- build a boat with the help of university students and sail it across the Han River. Episode 178 had a similar challenge, however it was the cast building the boats without the help of students. You can check out the preview and official pics below: 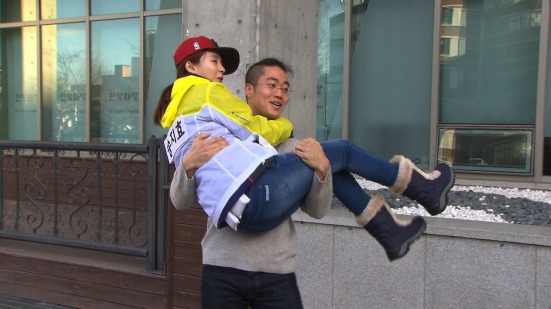 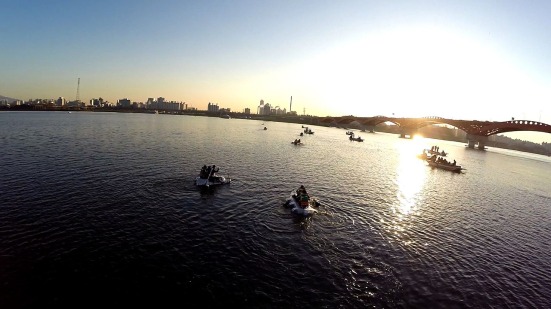 As you may have previously heard Running Man flew to the land down under on the 22nd (Ji Hyo flew out on the 23rd due to scheduling conflicts). Rain and Kim Woo Bin were along for the ride, filming alongside the cast over a period of two days. The filming schedule is as follows:

26 February 2014, Wednesday
– Depart by taking international flight of domestic routes (Passed through Sydney Airport and back to Korea)

By all accounts the filming went well and the fan turnout was amazing. Henceforth are 44 pictures detailing the trip (split between getting there, filming, and coming home). Based on the pics it looks like the challenges involved classic cars, jeeps, some kind of historical outback challenge, a bevy of hats, and dressing up as kangaroos. Looks hilarious! Enjoy! 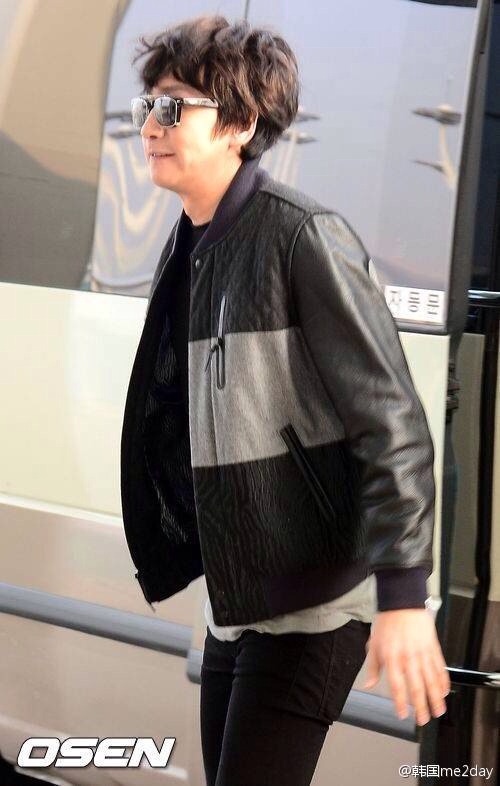 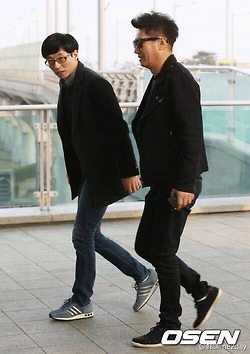 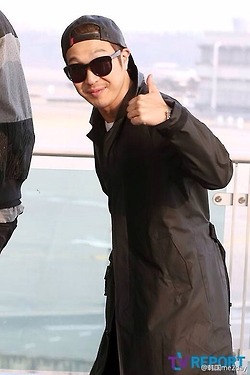 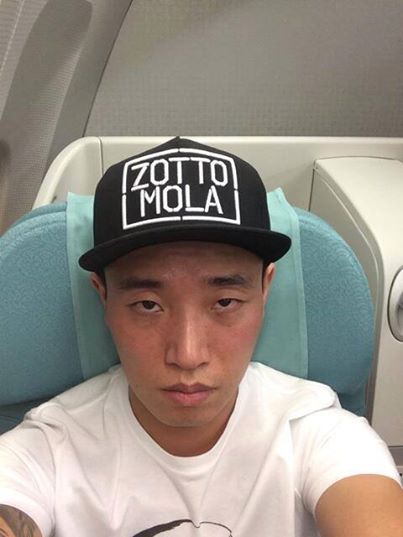 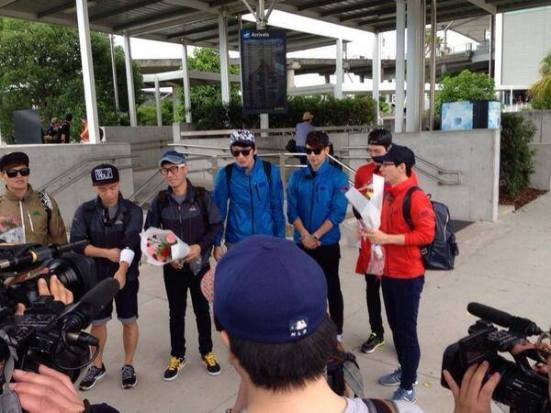 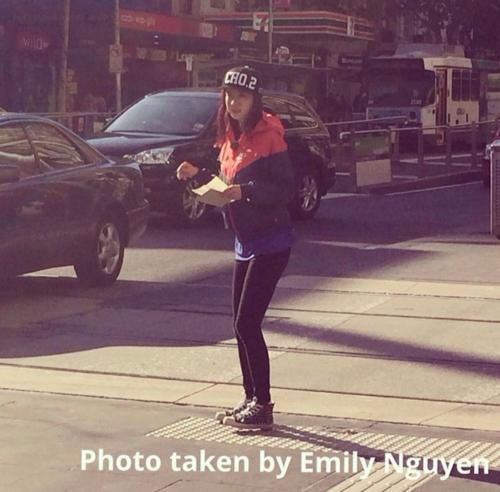 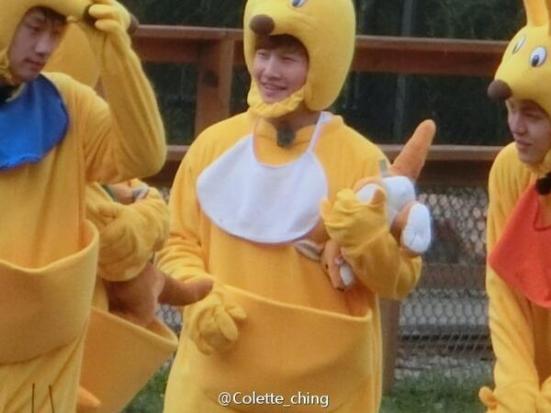 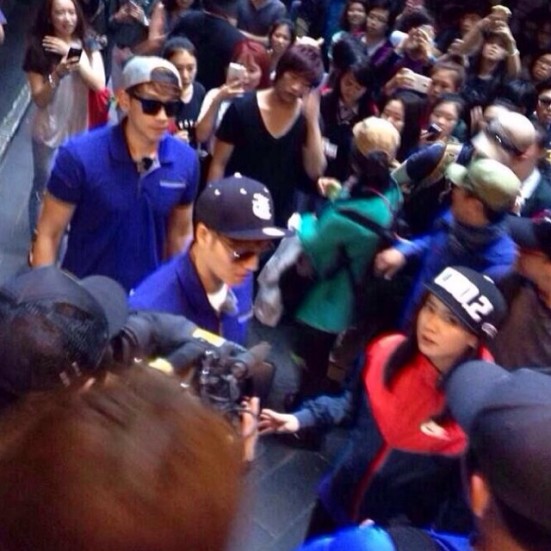 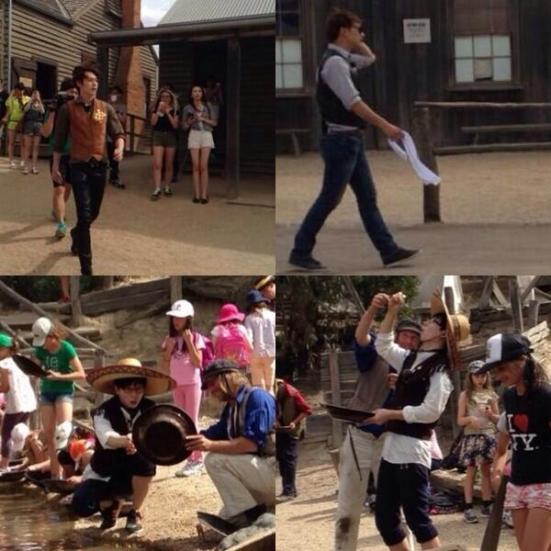 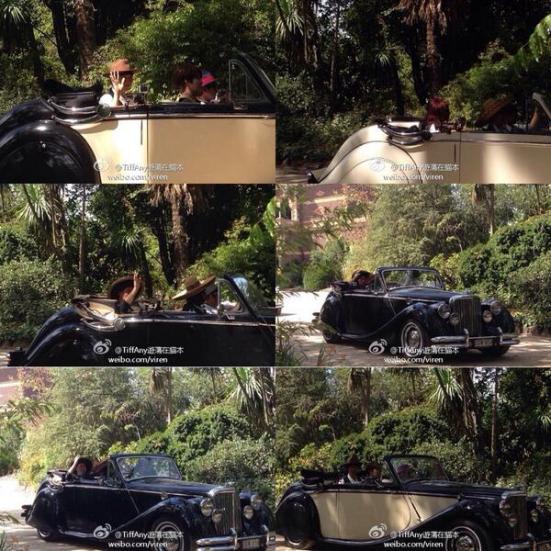 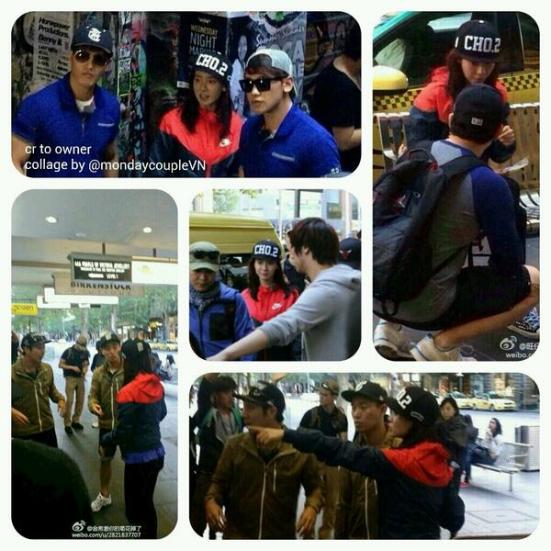 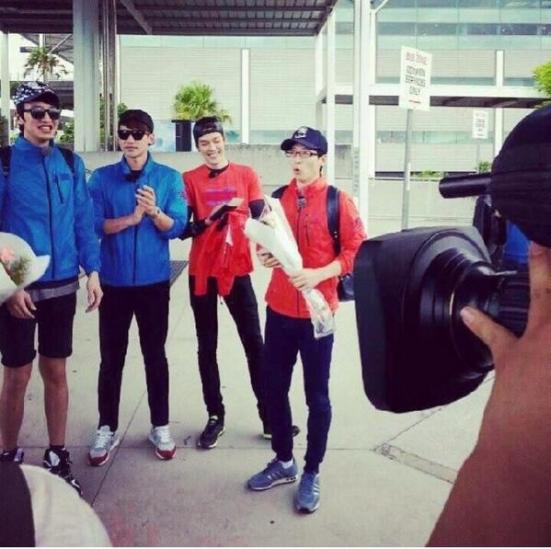 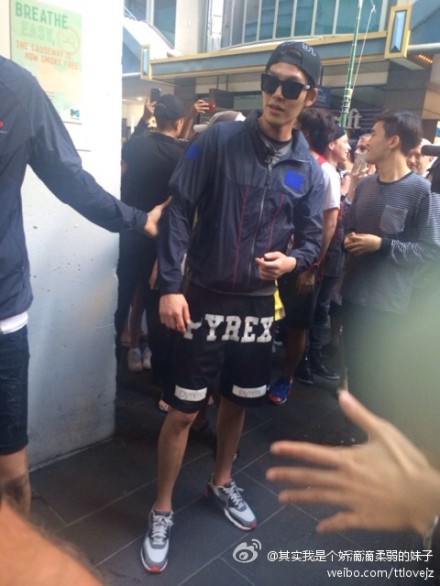 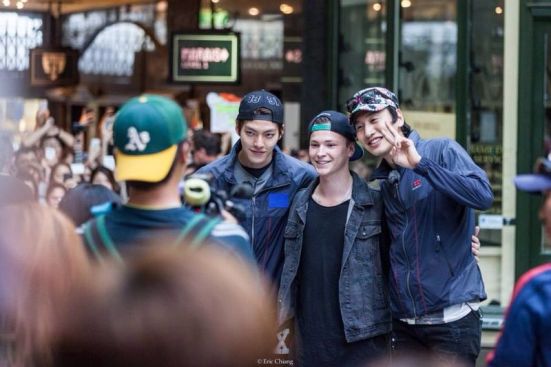 This will never not make me smile.