Puppy. Adorable puppy. Genius puppy. Was it only a little over a month ago that I bid you farewell? It seems like ages- absence makes the heart grow fonder. My obvious sugar coated love for this character withstanding I can throw in a big ol’ heap of objectivity and arrive at the same conclusion- my new favorite apartment dwelling friend family would be nothing if it were not for the boy wonder from Spain, the ball of energy Enrique Geum. So here is to you and your adorable panda hat- cheers! 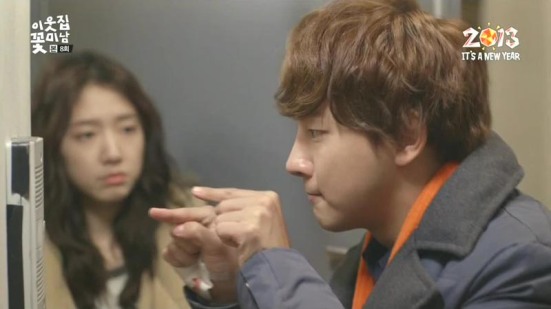 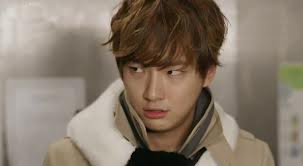 Enrique is a boisterous being that fits into this lonely hearts tale when he returns to Korea to pursue his first love-which (due to universal drama law) is in love with his brother. Sad, puppy sad, Enrique learns to let go once he meets Dok-mi, the hermit living in the neighboring apartment building. The two meet awkwardly as Enrique catches Dok-Mi spying on his hyung’s apartment. With all of his extroverted instinct he hunts down the peeping tom and meets the girl that will eventually steal his heart.

What makes Enrique’s role particularly interesting to watch is the fact that as a viewer we seem to know more about what he should feel than what he displays emotionally. You can feel a sense of overbearing loneliness and a lack of emotional common sense that makes this character interesting. All the while viewers are left anticipating the moment he figures everything out for himself. 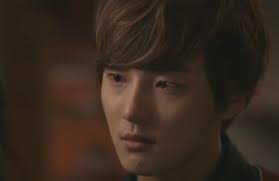 Not that self realization will change him for the worse; this energetic character has a lot to teach others, about viewing life and having fun. It is just the fact that having fun seems like a cover at times and leaves one to wonder about the pain this character feels deep down under his adorable facade.

Focusing on the story Enrique drives the plot forward by falling in love with Dok-mi, subsequently making it his mission to drive her out of her self imposed isolation. With a hyper awareness of social interactions that switches between genius and youthful exuberance, Enrique teaches Dok-mi that life on the outside is fulfilling, all the while forging unique relationships with the other inhabitants of the complex. 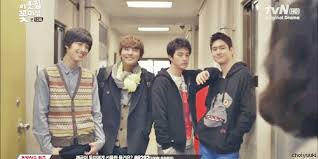 I respect this character for his emotional growth that occurred simultaneously with the emotional strength he emanated, while childish to the extreme he still gave his friends a shoulder to lean on. Immature on many levels Enrique still displayed some amazingly cool traits including indelible encouragement. For that I salute you-and your five thousand adorable expressions captured by netizens. Cheers!

“One person cannot change the world. But you can become another person’s world. A warm, bright, and peaceful world. If all people could be someone’s bright, peaceful, good world, one becomes ten, and then a hundred, and the good world grows.” 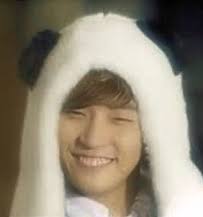 One thought on “The Best Characters in K-Drama: Enrique Geum, Flower Boy Next Door”