Sorry for the recent delays and posting inconsistencies around Running Man headlines – I have been down with bronchitis and a cold (I need a new immune system, is anyone selling one?) Any-who I am getting back to normal, which means time for Running Man Headlines (imagine this being shouted Infinity Challenge style for full effect). Cheers!

The cast are sans guest as they partake in a You From Another Star Special. If you have not seen this drama the gist of it is:

-Alien is stranded on earth in the 17th century

-Alien lives on earth amidst humans until modern times

-Alien is ready to return home (the special meteor he has been waiting for will arrive in 3 months) BUT WAIT! He has fallen in love!!!!!!!

And there you have it. The special looks fun, with the use of “time travel” and a mystery to boot. I am disappointed none of the stars from the drama will guest, but I still am excited (love me a good no guest RM episode). You can check out the preview below: 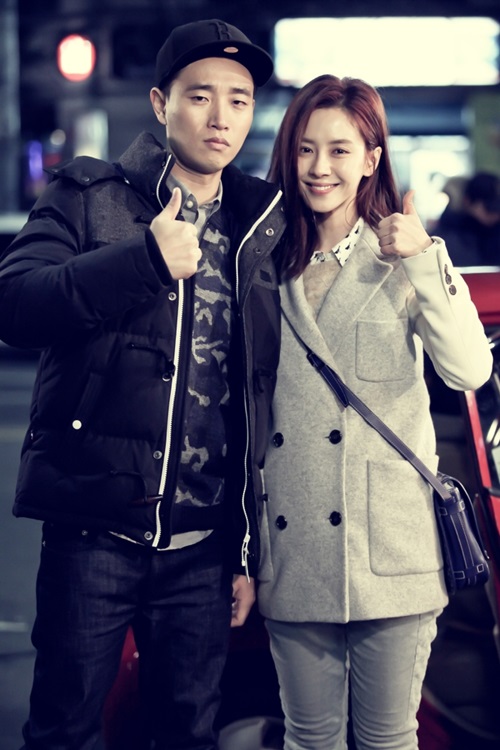 The past two weeks have been a Monday Couple shipper’s paradise. First, Gary cameod in Song Ji Hyo’s currently airing tvN drama Emergency Couple. Second, the two of them become game characters (with the ability to kiss). If this does not fuel the delusions, I don’t know what will! Yay, shipping delusions!

Gary made a cameo on the February 8th episode of Emergency Couple, appearing as a designated driver for Song Ji Hyo’s character. The scene was hilarious and involved a whole lot of inside jokes (including Ji Hyo drunkenly singing Gary’s recent single Shower Later). You can check out the clip with eng subs below (remember to hit the CC button) as well as some BTS pics. Enjoy!

While not laughing it up on the drama set, the Monday Couple were busy doing voice recordings for the game Sudden Attack. The game is a PC based online game. As far as the point of the game….I am not quite sure. But I do know that there are BTS pics of Ji Hyo and Gary doing voice recordings for the game as well as an English translation of their interview promoting the game. Enjoy! Credit to the original uploaders and translators. 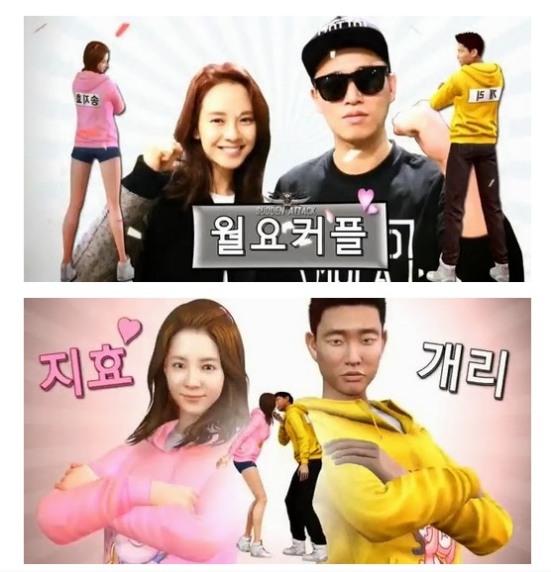 Gary: Yes, I felt great that Monday Couple’s character (with Song Ji Hyo) has been added into the world’s best online game.

SJH: First, I felt nervous. I’m worried about how my voice will works later. I’ll use my true feelings to record it. It will be good if I receive lots of love~

Gary: No matter good or bad condition, work hard is what will a professional does, doesn’t it? Kekeke… Shall work hard and have fun.

SJH: Finally my character appeared in Sudden Attack… I felt nervous and worried at the same time. I’m anticipating it as well. Hope to receive lots of love.

SJH: Will work hard on it, hwaiting!

Gary: Just go like, Oohh! Make it real… Since Song Ji Hyo is a professional actress, male gamers should feel it since there’s her voice. It feels like they will play the game. *Song Ji Hyo went blank then… laugh*

Gary: We felt proud to have our character in the game, it will be very interesting. I shall give a try towards my own character. I did put my best effort on it. Since I’ve tried my best for the voice recording, I hope you will feel it when you play it.

Interviewer: Monday Couple received highest vote for “The Most Wanted To Meet Character”. What’s the reason for it?

Gary: It’s because of Song Ji Hyo… With her blank character *Laugh*

Gary: But, this is because of her and mine character in Running Man, which is blank and interesting as well… Those who watched Running Man shall satisfied with the romantic scenes for our character in the game when they play it.

Interviewer: Have you played Sudden Attack?

SJH: Didn’t play it before and I’ve heard a lot about it. Within Running Man members, Kim Jong Kook likes to play game. If we have some time, we shall play it. Please do support Sudden Attack, and support Gary and I.

Haha and Jamaica: I think they are ready to take their relationship to the next level 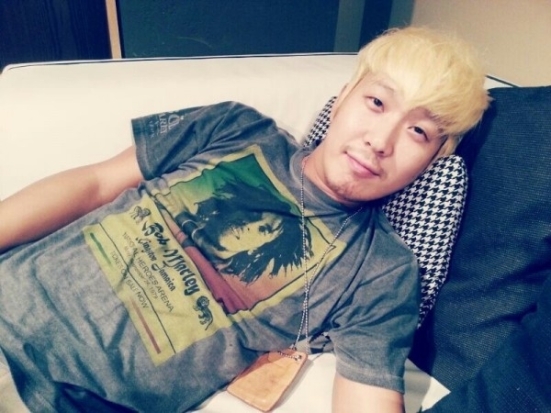 I am starting to think Haha and Jamaica are ready for friendship bracelets. Maybe even a couple ring. Only time will tell, but in the last few weeks Haha and Jamaica have made some very serious steps.

First off, Haha and the cast of Infinity Challenge (which includes Yoo Jae Suk) as well as Haha’s music partner Skull have jetted off to the island paradise to perform at a Raggae Concert. The group left on February 12th. This schedule stems from a November meeting Haha had with Jamaica’s Minister of Tourism (you can check out the RM Headline on the meeting here).

At the story of Haha’s meeting with the Minister of Tourism the cast of Infinity Challenge heckled him and generally did not believe his words. Haha is getting the last laugh however, as he performs at his dream event. Yay for Haha living his dream!

Before leaving for Jamaica Haha took to his twitter to interact with Usain Bolt, the Jamaican sprinter (during Haha’s November meeting the Minister of Tourism told him that he would introduce him to Bolt when he came to Jamaica). Bolt replied, and the pictures and twitter conversation was hilarious. Here is their conversation, with the pics Haha tweeted above his words. Note: I don’t even know what to say about the second pic…are they not wearing pants?!

Haha: We really x100 wanna meet U! Anyting you want from Korea. Mek mi know. Do you like ginseng? Respect my brotha! @usainbolt

Usain Bolt: Lol.. must have some jamaican running through you guys

Because none of these really constitute a headline in and of themselves but are still worth posting, I give you some random cast SNS updates and pics! Enjoy!

On 2/10 Gary posted a picture of Haha and him with the caption “A happy Monday!”

On /2/13 Kim Jong Kook posted a picture on his Instagram of his older brother and him eating a meal. Is that a burger?!

On February 10th CNBlue and actress Shim Eun Kyung were spotted filming for Running Man. The cast were busy carrying out a mission in a market. No word on what the concept of the episode will be, but it should be funny if CNBlue is involved. BTS pics below (and it looks like we get to see KJK in drag again. There is a variety god!): 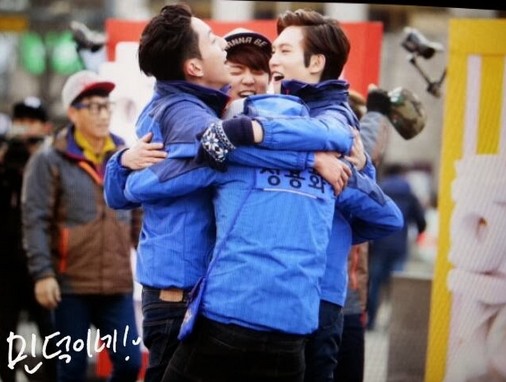 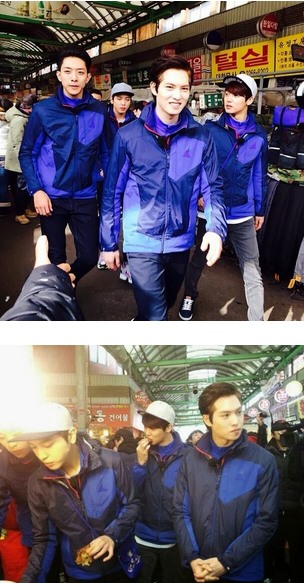 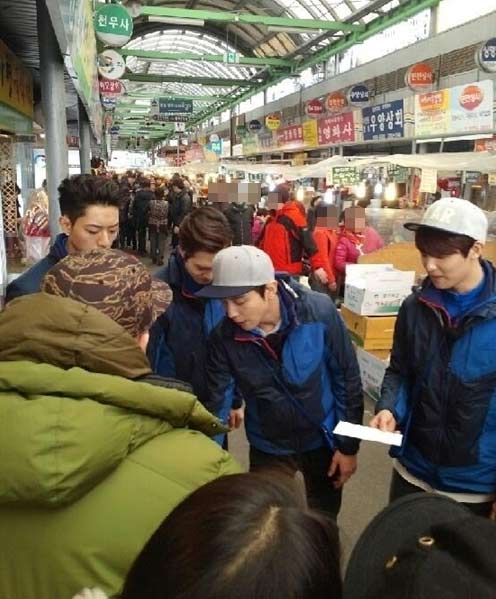 Yoo Jae Suk and Haha get their Music Video On!

Singer Park Ji Yoon is set to make a February comeback with the song Beep. Teasers have been released for the song and they feature different celebrities listening to the song via headphones. Yoo Jae Suk and Haha participated, you can check out their respective videos below (love the retro looks):

On February 5th a huge piece of Running Man news was revealed- the cast is going to Australia! With Rain!!! Holy freakin…..I couldn’t speak for five minutes. Okay, maybe two minutes. Askiljhdaihadklkdldiadklj. Now just a little bit further, across the ocean, and Lore will be happy.

The cast will jet down under in mid-February with the episode(s) set to air in March.

Massive picture dump ahead! Ji Hyo is a model for Yesse and their 2014 spring catalog is out. Enjoy all of the pretty pics of Miss Mong. 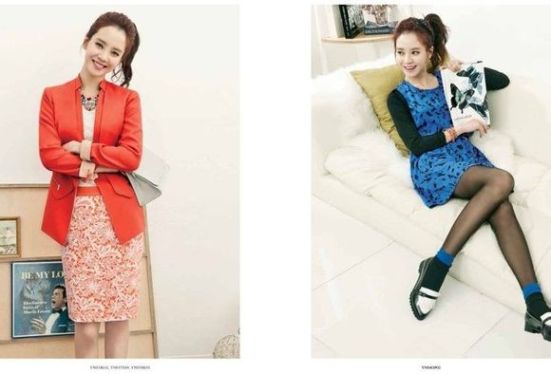 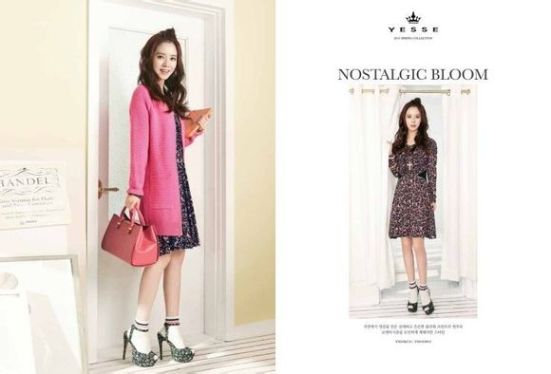 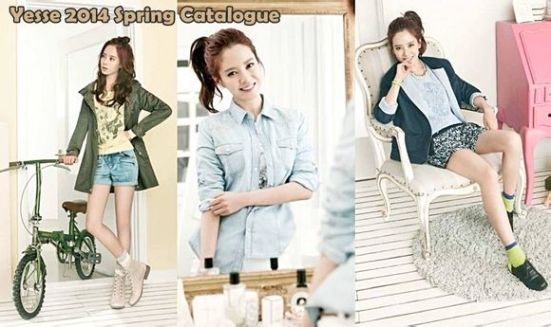 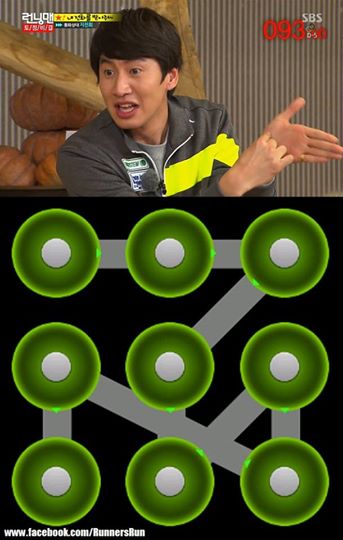