October was a doozy as far as drama premieres are concerned, which logically gives viewers a pretty slow November. If you are disappointed in the number of premieres this coming month (yeah…about that…there is only one week day drama coming up next month) wait until December – because that is when a lot of the shows that had October premieres will bid farewell. Yep, December will be Christmas and Korean Drama madness in tandem. If you are like me you will be asking for five more hours in the day come December (please Santa – I even watched Level 7 Civil Servant! In.its.entirety.). Now on to the new shows…I mean show, cheers!

Note: I am listing weekday 2 episode shows as of this post. If you would like to see the information for dramas airing on the weekends or everyday as part of this new feature let me know and I will add them. 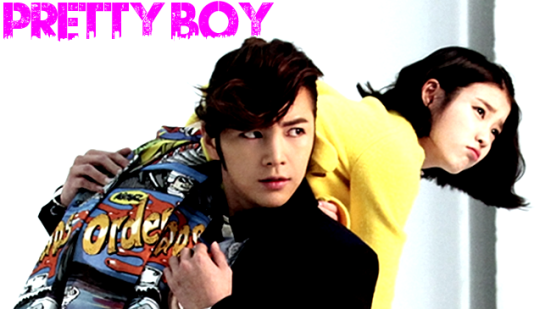 Plot: Jang Keun Suk plays Dokgo Ma Te, the most beautiful man in the world. Yep, that is actually part of the plot (and the title). Our pretty Ma Te goes off in search of his family and true love, or at least some kind of love. It appears that our pretty boy is set on learning from those he dates, 10 women to be exact. To be more exact they are in the top 1%. Enter the poor girl to steal our hero’s heart- IU take it away!

Thoughts: The writer of Beautiful Man had a recent mega hit with the film A Miracle in Cell No. 7, so I cannot discount this drama so easily despite the silly title. I am planning on tuning in and (hint hint) you may hear more super fun chat time come this drama’s premiere.

Feels like such a slow month after the madness that was October – marathon / catch up time anyone?! I am planning on trying to get through some of the dramas that have been on my to-watch list for a while. I am planning on starting Empire of Gold, finishing Heartless City, and possibly checking out Mandate of Heaven. Any suggestions on dramas to watch? Thanks in advance!

One thought on “Coming Soon to Drama Land: November”