I tend to get a little obsessed. Ask my parents – anytime I started to like something I brought it to the point of overkill. I liked the American Girls series in my youth – I decorated my entire room Felicity -like and went through a weird fascination with the Revolutionary War. I started to like the Beatles as I hit my teenage years – yep, my entire wall was covered. As a twenty something I started to like Korean dramas, yes Mom and Dad that is what I talk about when I come to visit. So it is no surprise that as soon as WIN: Who is Next hooked me I went all cray cray and marathoned every show that was possibly similar. Yep, here comes the WIN-and-every-elimination-show-I-have-watched-thus-far ramble. You may want to grab some soju and ramyun, this is going to take a while.

The first group elimination show I watched, I became way toooo emotionally invested in this show. Or maybe I was just a human watching this battle between young men that had a desire to debut. Either way, I really wanted this to be a win for every YG trainee participating in the shoot.

Earlier today, the winner was announced, Team A. I admit I cheered for this team, but I liked Team B as well. I found the entire format largely trying on fans and the participants alike; it is hard to meet 11 people and know that roughly half of them are participating with an end result of failure. 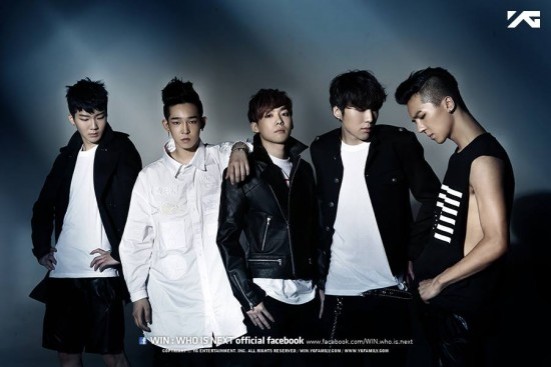 What I liked about this show: The stakes were better played out than other elimination shows I have watched. If they win – if they lose becomes much more than an imaginative situation and more of a realistic downfall. Which makes this show all the more bittersweet.

What I hated: The obvious, an entire team elimination (the pro of this show is the con of this show…aissshhhh so confused!). This was not a story of a person here or there that failed (not that in any way that format is more comforting- the single elimination) this was an entire group ousted at once. After listening to the boy’s stories it was hard to come to a satisfactory conclusion.

Before WIN came Big Bang Documentary, following six idol hopefuls as they prepared to be YG’s newest act. Sound familiar? Yeah, this was kind of WIN 7 years ago. Watch G-Dragon, Tae Yang, and T.O.P. battle it out alongside B2ST’s Hyunseung.

What I liked about this show: It is all in retrospect because I know who makes up Big Bang. Yet I cannot help but cheer at seeing the youthful trainee versions of this group, because they were daebak back then (just as they are now). 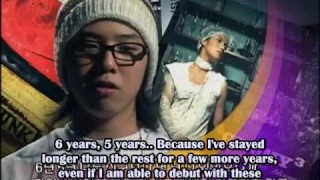 What I hated: I could say the eliminations again, but I will not. What I hated was the pacing discord, I never quite got how this show was supposed to present itself. From long, drawn out montages to realistic looks at our boys practicing, this was an uneven reality show.

The groups 2AM and 2PM were born of this show, pitting 12 trainees in a hardcore battle (that involves marine training – yep- seriously) to see who could survive.

What I liked about this show: The variety was daebak. From rapping to learning folk songs, the contestants really were at odds with what was thrown their way.

What I hated: Was it really necessary to put them in a coffin? I mean- really?! Here is looking at you JYP!

A natural progression from the 2 prior shows I mentioned, the B2ST documentary features someone that was eliminated from Big Bang and someone that was eliminated from Hot Blood. Often called the “recycled group” B2ST is made up of those that have found a second chance after prior rejection or failure in the world of Korean pop. I heart these kids. In a non-creepy noona is cheering for you kind of way. 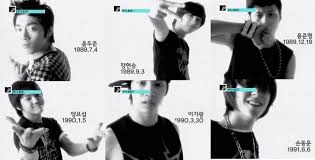 What I liked about this show: The underdogs! I loved catching up with the boys that found another chance (rightfully so).

What I hated: Ummm…do flash backs about eliminations count?!

4 thoughts on “WIN: Who is Next & Lore’s Journey through Idol Eliminations”