I have a horrible habit that transcends entertainment mediums. I never, ever let anything go. Be it a bad video game (ahem, Summoner) or a horrible BBC production (ahem, Triangle) or a bad book (ahem, My Sweet Audrina) I just have to finish what I started. Which really has come back to bite me as of late.

This season’s drama lineup has been a killer on time and energy; everything seems so good or has so much hype around it I inevitably take the plunge and push play. And once I start it I have to finish it. Which isn’t necessarily a bad thing but can be a counterproductive to my love for the drama format…because, quite frankly, I stop having fun with some of the shows.

The reason I began watching Korean dramas in the first place is because I felt happy and joyful, laughed and cried as I watched each episode. I was not burdened by the episode count and I never felt like I was watching just to watch. I was watching because I enjoyed it. It was fun to complete the series, cheer on the characters I came to love, and squeal at the moments I had been waiting for since episode 1.

How did these people become spies again?! Seriously, how?

As of the last four months I feel more like I visit a revolving door full of enjoyment and stagnant watching. I have the shows I look forward to, and then the ones I watch because I feel like I should keep it up.

Not to say that I have not enjoyed this season’s offerings (far from it) but I have stuck with shows far longer than I should have, resulting in just watching to watch. I am a completionist, but I have reached the point where I am seriously considering figuring out what to drop and why I should drop it. 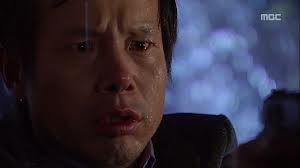 But it will not be easy. And I know that. It is just my personality. I have a hard time letting go….even if I know deep down I should. Take Gu Family Book for example- I faithfully spent two hours a week tuning in even though the story went down the toilet rather quickly. But I stuck in there. Level 7 Civil Servant- one of the most horrible things I have ever viewed…yeah, I watched it all. The entire train wreck.

So how am I going to cut all of this dead weight out of my drama schedule? I have embarked on the route of exposure therapy and changed my laptop wallpaper. I promise, it will change you too. I no longer feel like wasting my time on watching just to watch:

10 thoughts on “The Case of the Bad Drama: Why I need to learn to let go and drop the show”