Sugar Honey Ice Tea (put all the capitol letters together and you get…) Extrakun is back with some deliciousness and Heartless City! No better way than to start the week than with me!

Episode 5 had a lot of movement in the overall story… First thing is we discover that Shi Hyun is an undercover detective working to take down one of the biggest drug rings in Seoul (aka we are free to love him without guilt of loving the baddie)!

Back in the day, Safari Moon and Shi Hyun were involved in the drug game… So mad every time I see Safari show his ass with Shi Hyun!

Director (detective Min Hong Ki at the time) poses the question to Shi Hyun, “How long are you going run errands for the man responsible for killing your mother?!” We also dive further into the past and see that Shi Hun’s mom dies from an overdose.

Emo and Safari Moon are with Shi Hyun to scatter the ashes—Safari… Ain’t nobody got time for this!

Detective Min makes Shi Hyun an undercover cop to catch Safari Moon the man who he deems “responsible” for supplying Shi Hyun’s mom with drugs, ultimately killing her. I am all about taking druggies off the street, but once again I ask where does personal responsibility play a factor? 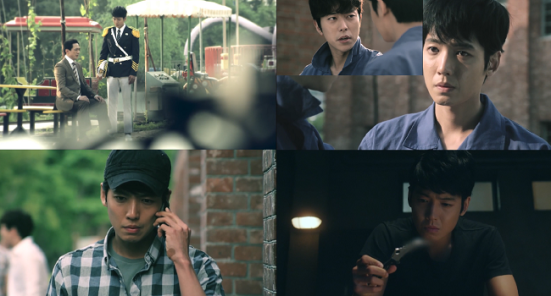 Shi Hyun explains the weapon that was used to kill Gyung Mi is a commonly used sniper by police officers. Shi Hyun promises to get Pusan, Safari, and the police colluding with the drug ring and ask why they did that to Gyung Mi… He Serious!

Now this is what was missing from episode 4— Soo and Doctor’s Son. I love that Doctor is always trying to nudge Soo out of this lifestyle; he is a good friend and Hyung.

Detective Kim is a (censored word)! Just because you were in love with Gyung Mi doesn’t give you the right to show your ass with thinker cop trying to turn in a resignation! GRRR… Please pass the pitchforks! Thinker cop graciously tells this BAMF that he needs him to help catch Doctor’s Son… humph! Let that sorry excuse for a cop go thinker cop!

While Soo Min is getting close to Emo in jail, thinker cop is putting some pieces together that don’t quite fit. He has an inkling of who some of the pigs—I mean corrupt cops might be…. 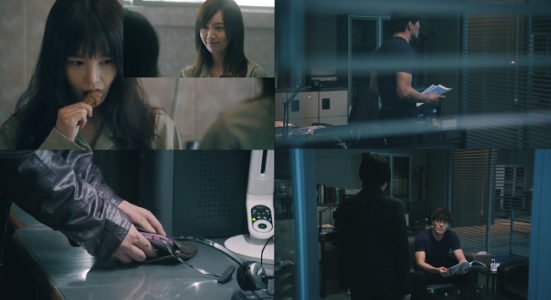 Oh Detective Suh… What is done in the dark will always come to the light… Thinker cop got you girl! It’s not even the fact that you did something wrong, it is the action you took after you were suspected that pisses me off! Can we say undependable? 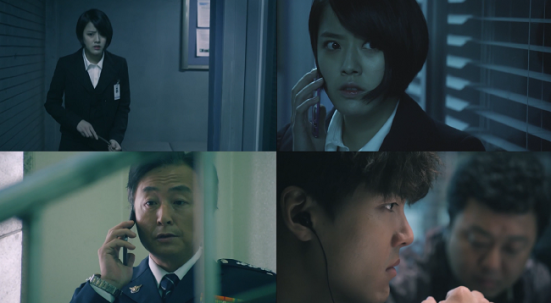 Oh no Soo! You got someone on the inside to kill Emo? I am not mad at you Soo because I personally want to kick her in the ovaries; but this should have been done with discretion boo (You never go see the killer yourself… that’s how you get implicated!). While attempting to kill Emo, Soo Min stops assassin ho in her tracks. Soo Min is sent to solitary for stabbing the assassin ho. Emo owes Soo Min a debt… Ah cham.. She so stupid (Emo)! Kinda sad that the attempt didn’t succeed…

I knew detective Kim couldn’t be trusted… Not because you are canoodling with Soo (and that is what I need to be doing in life), but because of what Soo says, “there are only two things you should remember: the fact that I got expelled in High School for stealing instead of you and the money for your mother’s surgery.” Apparently Detective Kim has been going to Soo for money for a while… Despicable!

Doctor’s Son is out to get everybody! He starts with Safari Moon’s left hand man who set up the bogus drug deal with Emo….

While Safari is making moves on his end to get closer to killing Doctor’s Son. Safari Moon calls his left hand and to his surprise Doctor’s Son is still alive! I love how these two have a conversation laced with contempt and undertones of “I am going to Kill you Bastard”. I find it to be one of the comical things about a drama that is not comical at all!

Thinker cop has a plan to catch two birds with one stone. He wants to snuff out detective Suh and capture Doctor’s Son. Honestly, I am a little disappointed with thinker cop at this point— his rationale is out of whack because he is fixated on catching the person who supposedly killed Gyung Mi. In my opinion, at this point he is supposed to know that Doctor had nothing to do with her death, and it is all a trap. It is only episode 5, so I will cut him some slack.

Deputy Commissioner finds out the plan and alerts Safari Moon, he also orders the special unit to return back to headquarters. It is beyond me how people like him never figure out they will always be in someone’s pocket. The power you obtain is a facade for the druggies and low lives you work for! Uh! 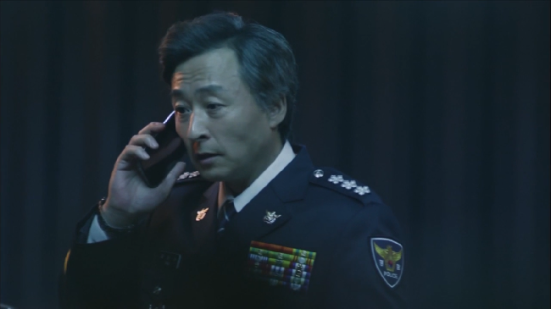 OMG! Thinker cop is so gangsta! He shot one of his colleagues (detective Suh) in the leg because she lied about some important info with Gyung Mi! He tells her that she is no less guilty for killing Gyung Mi than the sniper. How true thinker cop. 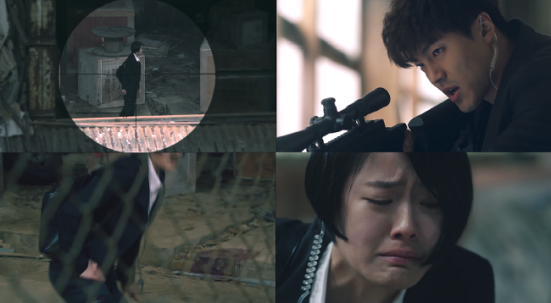 In his trap he was also able to capture Meth Kim. Safari’s left hand man was killed by stabber wench in episode 3!

Favorite quote of the episode was delivered by my boo Soo: “Money is above drugs… Once you’ve had the taste of money, you really won’t be able to quit. It is almost parallel to what the Bible says about the love of money being the root of all evil… Soo learned something in Sunday School…..

One thought on “Anything but Heartless: Heartless City Episode 5”