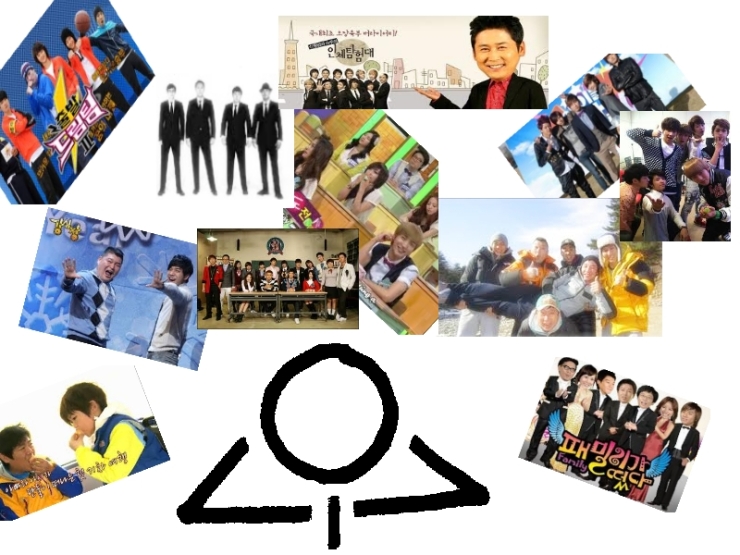 I tend to have tunnel vision when I find something I enjoy. Take Korean Variety shows for instance, I am a huge fan of a handful of shows and I rarely branch out and take the chance on new ones. I know what I like and I like what I know.

A few months ago I decided to burst forth from my variety tunnel and take a chance- watching episodes of the shows I have not yet watched and seeing if I can find another series (past or present) that has my fist pumping as much as Running Man. My catalyst was the ever prominent video clips promising hilarity that float around blog-land- I watched a few and then decided it was high time I watched the programs they came from. As time permits I have been watching episodes here and there of different variety shows. The results have surprised me.

Henceforth are my thoughts on what I have watched thus far. I am only including shows I have seen more than two episodes of- there are plenty more I lost interest in after the first episode’s laughs wore off. I have broken down the reviews into three elements: concept (because subject matter is important), entertainment value (because sometimes the best premise is not the most entertaining) and cast chemistry (this is variety after all). The ratings also include a final “five star rating” -because I like clever ratings lines as much as the next person.  I hope you find something that sounds interesting to you; I know I have discovered a few shows I absolutely love. Cheers.

Concept: A cast of celebrities are sent to different places in Korea to stay overnight on a one night two day trip. During the trip they take part in a series of challenges and games.

Entertainment Value: High. There is a raw edge to 1N2D that is lacking in some of the other reality variety shows I have watched- call it unpredictability or just plain insanity it is awesome.

Cast Chemistry: The cast has changed over the years but the chemistry has remained- there is nothing like roughing it episode after episode to pull a group of people together.

Rating: Four stars for a cruel and hilarious PD 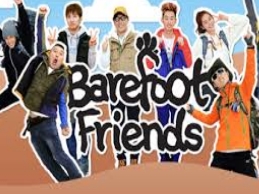 Concept: The cast globe trots, spending time living like locals and searching out the resident culture and citizen’s happiness.

Entertainment Value: Moderate with phenomenal potential. Still working out the kinks this show is pointing towards what it could do (awesome travel challenge variety) or what it may do (unfortunate intentions with constant PD intervention to the shows detriment).

Cast Chemistry: The cast has a dynamic, albeit not a strong one, but something that shows a future of hilarity if continued with the same trajectory.

Rating: Two stars of still figuring it out.

Dad, where are we going?

Cast Chemistry: Spot on. It’s almost like they are related… (Well at least some of them).

Rating: Three stars of I just want to pinch your cheeks 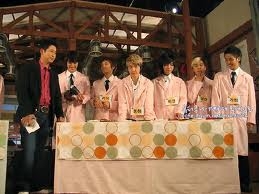 Explorers of the Human Body

Concept: The boys from SuJu along with host Shin Dong yup attempt to answer questions about the human body by subjecting themselves to various experimental scenarios (taste, laughter, etc)

Entertainment Value: High. The SuJu boys know how to put on a good variety show.

Cast Chemistry: Shing Dong yup interacts well with the boys and the group supports each other during their oddball challenges (with a sarcastic edge).

Rating: Three stars for learning the bodies mysteries from Super Junior (something about this statements seems inherently wrong and or dirty. Ehhh- still count me in. ) 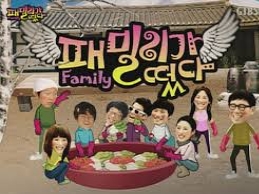 Concept: The cast travels to different homes in South Korea, taking care of the home as the owner goes on a vacation.

Entertainment Value: Sentimental. The more you watch it the more entertaining it becomes. The variety characters make this show.

Cast Chemistry: Variety personalities that rival those of the legendary Infinity Challenge or my own favorite Running Man the cast is spot on.

Concept: Ha ha, being a Dad is hard. Five male celebrities are given an elementary age daughter to care for.

Entertainment Value: Obviously scripted (even for a variety show) this program is still funny. Not genius but if you ever have an hour with nothing else to do check this one out.

Cast Chemistry: The daughter is cute but demanding. I like the cast, they have their own dynamic. With only twelve episodes of this show airing they gave as much as they could.

Concept: The maknaes (youngest members) of various musical groups band together to show the world what they are made of- and try to find a little fame of their own.

Entertainment Value: The first three episodes are entertaining in the best WTF variety way. The later episodes are horrid.

Cast Chemistry: The maknaes have a certain awkwardness that is endearing. Seyoon as the host is not to be missed.

Rating: Two stars of you should have stopped after episode three

Concept: The cast is given challenges to complete, which range from the educational (legal terms special) to the outright absurd (gymnastic dance in drag). The challenges are often extremely difficult to complete and/or result in hilarious circumstances.

Entertainment Value: Dirty, dangerous, and difficult-and really freaking funny. The most oft opinion on why Infinite Challenge is a top program in Korea yet lacking an international fan base is the fact that the shows content is largely relevant only if you have prior knowledge of Korean culture and language. I would agree with that assessment- after all there are many episodes that fall flat and leave me with a huge question mark hanging over my head. But I still laugh; the humor is relatable even if the context is not always clear.

Cast Chemistry: Variety gold. The cast that all other variety casts try to be like there is never a dull moment on this show thanks to the players. 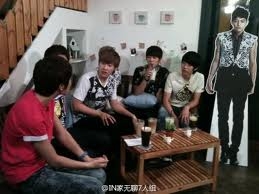 Concept: A behind the scenes look at the life of the members of Infinite- complete with staged challenges and hidden camera pranks.

Entertainment Value: Depending on the moment this show can be laugh out loud funny or absolutely cringe worthy.

Cast Chemistry: The members of Infinite are fun to watch- they definitely have their roles in the group down pat.

Concept: Sports focused show that aims to teach viewers how to live an active life and follow the good conduct of sportsmanship. The cast takes part in athletic games every episode.

Cast Chemistry: The cast is funny but does not take center stage. Without a central focus the cast interaction lags behind the excitement of the athletic challenges.

Rating: Two stars for being able to run, jump, and promote a healthy lifestyle. Now go away, I am sitting on my couch typing right now and you are making me feel lazy.

Concept: A celebrity dates a non celebrity for seven days. At the end of the seven day period they must decide if they will continue their relationship. Hint, they don’t nine times out of ten.

Entertainment Value: Like watching a train wreck, you cannot turn away even if you want to. From the cute to the oddly matched it is hard to find something more guiltily entertaining- especially because the show gives off an OTP forced dating vibe.

Cast Chemistry: With an ever revolving cast this is a non existent element.

Rating: Three stars of tears and over acting.

Starring: Tony An, Park Myung Soo, Park Kyung Rim, Yoo Se Yoon, and a bevy of idols as the students

Concept: Guests act as students while the MCs play the role of teachers. The students have to answer questions on a variety of topics, often in a way that seems…um…not really educational if I may say so myself.

Entertainment value: This show and the challenges can get long but the cast was well chosen, making the episodes funny if not consistently entertaining.

Cast Chemistry: The students and MCs have good chemistry so the show is pretty easy to watch.

Rating: One star for not knowing the answers

Concept: Eight idols are thrown together for a mini-vacation. Games are played in order to pair the idols up for dates. At the end of the season the idols have to pick the person they most want to date.

Entertainment Value: Like Mnet Scandal this show is akin to a train wreck. Awkwardly intense and foolishly romantic the premise makes for some riveting television.

Cast Chemistry: Kind of what the show focuses on; unfortunately the participants follow the objective and get a little too into it- causing some, shall we say, hurt feelings.

Rating: Two stars for rejecting one idol for the next- and making me hate you…you…you jerk!

Concept: Twenty celebrities sit in school desks, forming rows that act as teams. Playing mini games, the celebrities compete to ring the golden bell and answer a riddle to win the final prize. All proceeds go to charity.

Entertainment Value: Moderate. Can drag on at times.

Cast Chemistry: the guests are what make this show (much like Strong Heart). The MCs are funny but are not meant to be the main draw of this show. 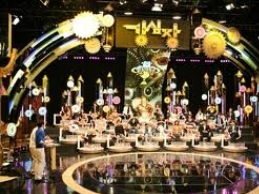 Cast Chemistry: The MCs are funny. Lee Seung Gi and Kang Ho dong have awesome chemistry, perhaps due to starring in not one but two reality shows together (1N2D).

Rating: Three stars of learning about that time your favorite star did _____