Running Man jumps two spots in viewer preference, the Asian prince does fashion and video games and the Monday couple returns! These and many more headlines can be found in this edition of Running Man Headlines. Now on to the ratings!

The race to crown the Ddakji king has returned! Episode 144 guest stars Ricky Kim (actor, I Need Romance), Cha In pyo (actor, Daemul), and Seo Jang hoon (basketball player) in a quest to find out who is the best of the best in the land of paper square flipping. As a background Yoo Jae Suk often claims to be the master of this game but in more recent episodes Gary and KJK have shown their own prowess. Check out the preview and behind the scenes pics below (and because I pay too much attention to this pair it is evident Ji Hyo and Gary are on one team. Monday couple fighting!): 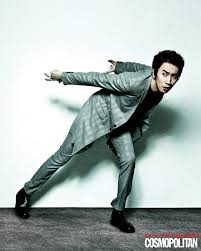 Everyone’s favorite Running Man maknae has been confirmed for the upcoming historical drama Goddess of Fire, Jeongi. The show will premiere in June following the completion of Gu Family Book. Also confirmed for the drama are Moon Geun Young (or KJK’s possible future wife, aka the giraffe’s sister in law) and Lee Sang Yoon, who will take on the leading roles. It has been reported that Kim Bum is also considering a part in the show, leading to heavy sighs and smiles from Lore in Stone Cities. Goddess of Fire, Jeongi tells the story of the greatest potter (who happens to be a woman) of the Joseon dynasty. I, for one, cannot wait to check this show out. I am a fan of LGS’s roles thus far-it is like his dorky personality cannot help but shine through no matter what show or film he is cast in. Maybe that is the wrong reason to like his acting, but hey, it makes me smile.

The April Gallup poll numbers are out and Running Man has broken its three month #5 streak-moving up to #3 on the list of programs that viewers enjoyed watching the most. Infinite Challenge, Yoo Jae suk and Ha-ha’s other variety took the #1 spot while #2 went to Oh Yeon Seo and Lee Jang Woo’s daily drama Oh Ja Ryong Is Coming. Rounding off the top five is the mega hit Dad Where are we going and the daily drama Be Strong, Mister Kim! Congrats Running Man! I knew you could do it. 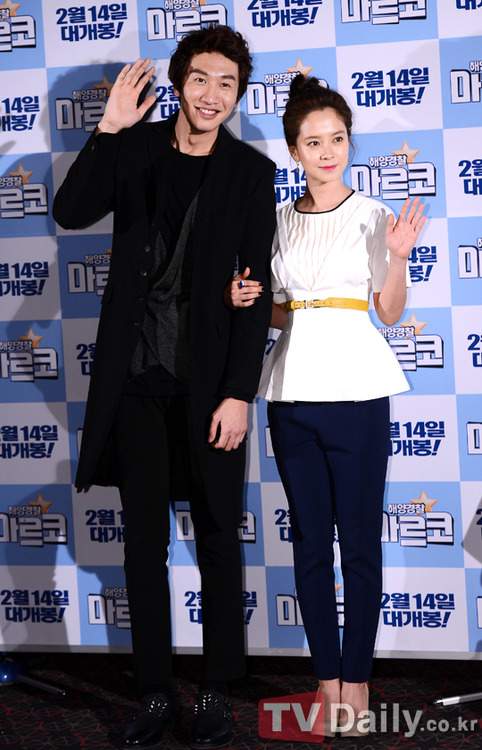 Lee Gwang Soo appeared on a recent episode of Mnet′s Wide Entertainment News. During the broadcast he announced the actress he would most like to work with is none other than Song Ji Hyo. Apparently the giraffe is itching for a noona romance plot with his RM costar. LGS described the following plot setup:“I′m a rich boy, and Ji Hyo noona works at my house. She likes me, but I don′t like her and I keep on treating her coldly. It′s not that I′m a bad guy; it′s just that Ji Hyo isn′t my type.”The giraffe added ” If you see this broadcast you will get mad at me. You’ll probably grab my hair and kick me. I’m just joking and trying to be funny.”That is an accurate assessment of how SJH will most likely react. LGS went even further by adding “if we get the chance it would be great if we tried out such roles.” Gary, set this boy straight. Love an avid Running Man fan.

The Ace’s other job: Ratings for Mandate of Heaven

Song Ji Hyo’s historical drama Mandate of Heaven tells the story of a fugitive doctor and his sick daughter living the harsh life during Joseon times. The show appears to be firmly stuck in the in-between -land of ratings. While one day tying for top ratings the next day this show is stuck in second place. Facing off against When a Man Loves is proving to be difficult but I have high hopes to see this show take the top marks. Here are the ratings for Wednesday and Thursday: 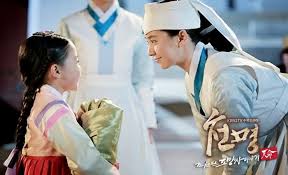 There is no doubt in my mind that Lee Gwang Soo’s popularity has exploded. Every week he dominates the headlines as compared to his fellow Running Man cast members (however Yoo Jae Suk and Song Ji Hyo come pretty close to matching the giraffe’s story count. Sorry Gary, Ji Suk Jin, Ha-ha, and Kim Jong Kook). This past week was no exception- not only was he confirmed for a new drama but two articles appeared lauding his recent fashion shoot with Australian fashion brand Mambo and his appearance in an online game.

In regards to the fashion shoot LGS appeared in a plethora of neon themed pictures to promote Mambo. I feel like I fell through a black hole into 1991 looking at these pictures: 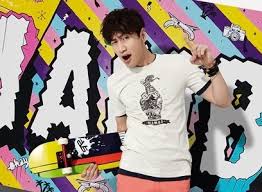 In a bizarre twist LGS has inspired a character in the kakao talk (think Korean facebook) game ‘Bow for Kakao’. The character features voice acting from the man himself, rides on a giraffe, wears a weird king costume, and generally conveys the feel of a man followed around by sound clips of St Agnes and the Burning Train. The game has become extremely popular, topping the Google play store downloads in its second week of release. Check out the character art below: