Sparta’s favorite travel partner has been exposed. Drum roll please….it is a woman. It is…..his Mom! Awwwwww. Collective sighs of admiration are heard around the world. Not only is our Commander a strong intelligent man he is also a Momma’s boy. So cute.

Photographic evidence has made the rounds lately showing KJK and his Mother during a variety of international travel events- from concerts to filming locales the commander likes to take his Mom along. According to the man himself he rarely has time off so his travels abroad give him a chance to take his Mom on a vacation and spend time with her. Seriously! This guy is kind of too perfect.

This one makes me smile. While not news per se but more of pure fan service the following picture has been making the rounds. During a recent filming in Hanoi (episode 136) the cast took a picture. Gary, appearing in the back and apparently unnoticed by his fellow cast members gave us his best zombie impression. Makes me think back to how he appeared in that text book…. 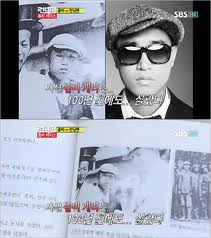 Lee Gwang Soo- The most popular giraffe in the world

Unexpected. I know our giraffe has mega fans in Beijing and Bangkok but the recent multi national exhibition of giraffe enthusiasts has surprised everyone, including RM’s PD Cho Hyo Jin. Our PD recently commented: 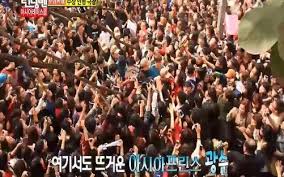 “I wrote this in the subtitles of the show too, but I really don’t understand why or how he is so popular. I’m guessing it’s because he’s become so much funnier recently. According to Yoo Jae Suk, the god of variety shows help Kwang Soo. It’s rather mysterious how he became so popular.” “

“The way people were calling for his name was so powerful. It won’t be a hyperbole to compare his popularity to that of Jang Dong Gun.”

“He was really happy to see everyone so excited to see him. But it was more in the embarrassed way than the arrogant one.”

And yes, that was the chant of Gwang Soo that overwhelmed episode 134. I loved how Gary had to ask the PD to repeat their words as he could not hear the mission over the screaming of Gwang Soo’s name. Haha. The Giraffe literally stole the show. Take that tiger! Nice to see my favorite Maknae have his day in the sun.

Forbes Korea Celebrity Power List 2013 (say it three times fast) has been revealed. The list identifies the top 40 power players among MCs, singers, athletes, and actors and ranks them based on influence, earnings, professionalism and branding. While perusing the list of idols and actors I expected to see Yoo Jae Suk (he was #30 on the list), after all he is the nation’s MC. What I did not expect to see was Lee Gwang Soo (#39), who was also included. Song Joong Ki (#7) the flower boy former RM member placed in the top ten after a stellar year involving a hit movie and a popular drama.

And in other news…

Byul and Haha have continued their adorable relationship via SNS. The following was a recent exchange by the two recently wed lovebirds:

HaHa: Is this stress…to quit smoking like this….I can do it. Cigarettes…whoo..I want to smoke.

Byul: Honey! Dream’s Daddy! You can do it, be strong! Kuohohoho

Haha: I am going crazy! Kyohohoho!

Awwww. Love how the two are supporting each other.

Random quotes from Yoo Jae Suk’s acquaintances (really, are acquaintances reliable sources now?) claiming that the popular MC is happy with his current roster of programming have  been published. The humble MC  films Running Man on Mondays and Tuesdays, Infinite Challenge on Thursdays, and Happy Together on Saturdays. The day breaks in between give him time to see his family. Our MC’s happiness or lack thereof with recent programming is news due to the recent cancellation of his show Come to Play. All I have to say is how in the hell did he fit another show into his present schedule? The grasshopper is one hard working insect.

Song Ji Hyo has posed for Yesse’s 2013 Spring Collection in a series of adorably fantastic pics. As usual our Ace can transform into a girly-girl when needed. See below for her spring photo shoot for Yesse. Cheers. 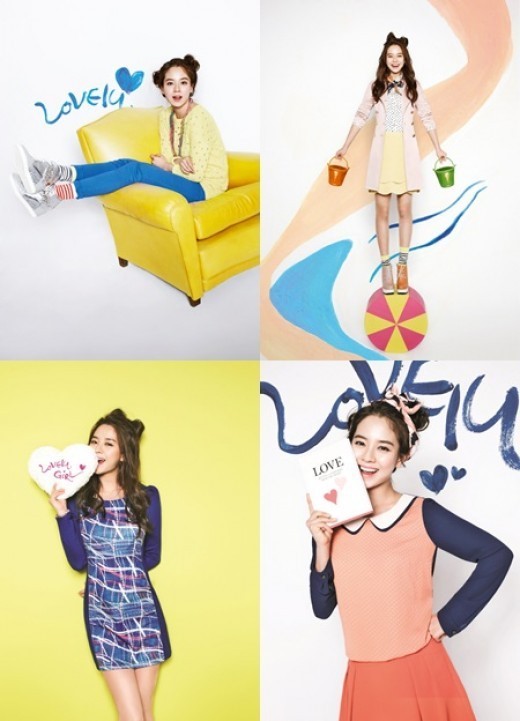