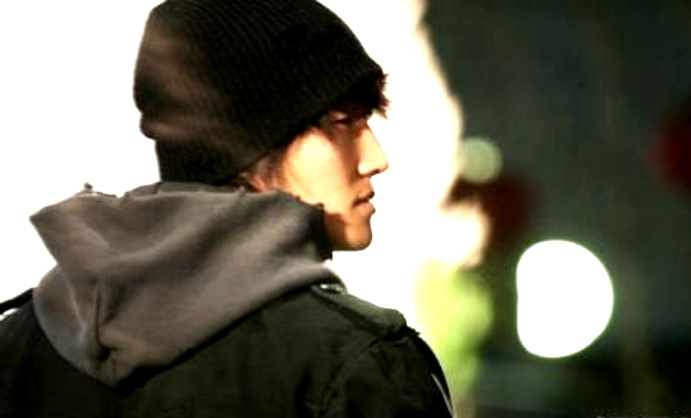 This is a new type of character study for me- a look at a persona that exists outside of a blatantly fictional story.  In other words I am bravely taking the initial step to give a shout out to a character that rocks the Korean Variety world. While variety is largely a fusion of reality and chosen situations, characters abound- from a grasshopper to chunderella the real people that appear on variety shows often give us a familiar character- call it an exaggeration of their personality- that leaves viewers smiling and wanting more. For the inaugural edition of the best characters in K-Variety I have decided to highlight one of my favorite real unreal characters….drum roll please…..Running Man’s Commander. 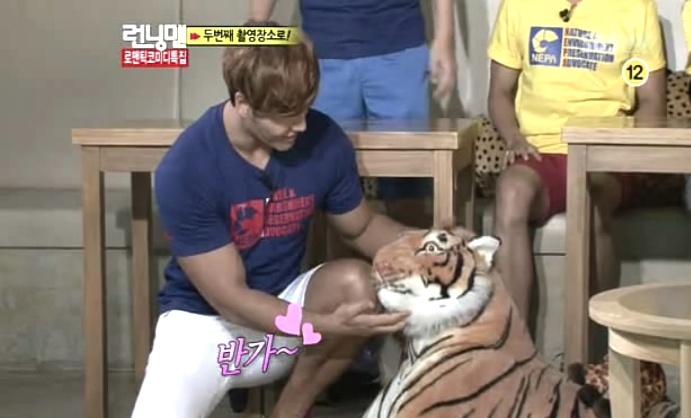 Character:The Commander aka the Tiger aka Mr Capable

Kim Jong Kook’s variety show life existed before the commander claimed his first name tag ripping victory however his overall image lagged behind other stars in the genre until the moment a tiger’s roar was synced to his appearance. In Family Outing and in X Man this man was a tough guy. But never so tough he instilled such fear in others they ran blindly at the first sight of him. That type of persona was only granted when Running Man gave him the perfect atmosphere to showcase his tough guy image.

As a character the commander is bossy, a coach. An ingenious strategist, this man oozes the brawn and brains fantasy. Think Hercules after he read Sun Tzu’s Art of War twenty times. Running Man is a show that requires physical stamina to succeed. The commander easily grasped the concept and ran with it (literally), instilling fear in all of his opponents.

Early on in Running Man Kim Jong Kook was given the lead of a team, a role that fit him to a tee. Scolding all around him he attempted to whip his team into tip top form and win every game-which was kind of scary and awesome all at the same time (for viewers and the cast).

As the show has progressed the commander has time and time again shown his prowess for the hunt. In fact ripping off his name tag is something to brag about- and post all over SNS as has been done by the few that have succeeded at the feat. It is a given that the commander is the strongest player, after all he is consistently one of the last ones left in the game.

On the flip side our Mr. Capable has shown that he possesses weaknesses. From a horrible performance at baseball to his enduring inability to oust female guests this super man has a few Achilles heel that counter his otherwise invincible presentation. Plus who can forget the moments when he tries to act cute. Kind of disturbing.

The character of the tiger is one of triumph, a warrior that the everyman (*cough* Lee Kwang Soo) dreams of winning against. In Running Man he is the target, the one to take down. The commander plays an important role in variety land- and for that I salute him. Cheers! 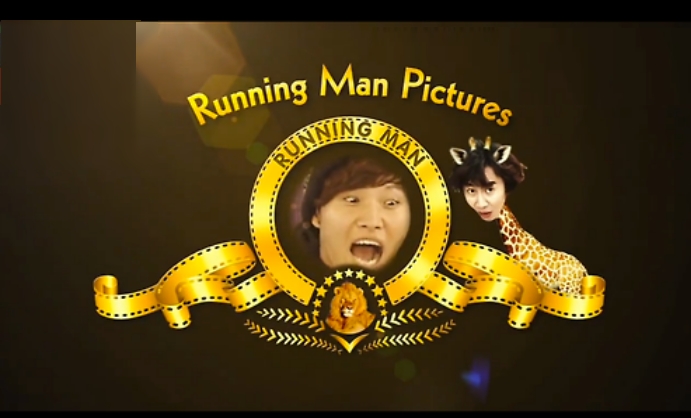 9 thoughts on “The Best Characters in K-Variety: The Tiger”