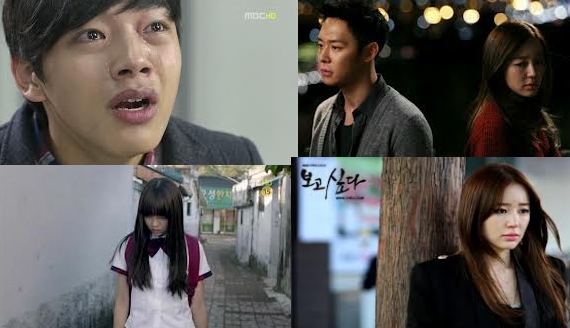 The melodrama genre is inherently heart breaking, tear jerking, and full of tragedy. Going into a melo I fully expect to see the characters lives torn apart by horrible events and the ever resulting need for revenge. But not all melos are created equal. While some give great context to the tragic plot twists others just seem to pile on the tragedy and horribleness with the same type of enthusiasm that I display when faced with donuts or coffee.

I Miss You, MBC’s currently airing melodrama, belongs to the category of tragicifying (which is, as you guessed, a word I made up) everything. And I mean everything. Just when you think things might get better they get worse, a lot worse. Seriously- if this show had a puppy the puppy would have rabies, bite every character, and then die. All of this tragedy kept me oddly engaged, but probably not for the same reasons the writers hoped for. I have long since given up on feeling sorry for the characters and am now watching with a mindset of “Wow. That was beyond tragic. How could that happen! Seriously, what will they think of next?”. I am convinced the writers are masters of tragedy. I mean after all, who would let a character escape her rapist only to be hit by a car and subsequently kidnapped again.

In the spirit of all of the tragicifying I have decided to build my own tragicifying machine (which is made from the tears of babies, the memories of puppies  being hit by cars, the ashes from forest fires, and a healthy sprinkling of crushed dreams everywhere). After turning on the machine (do not try this at home) some of my favorite dramas were spit out with surprising results. If you think Nice Guy can’t get any more depressing, read on. The tragicifying machine never lets existing storylines get the better of its tragic mastery!

Henceforth are the results of applying I Miss You’s tracigifying formula to other dramas. Enjoy and please note, in no way would I want any of the following events to happen, the following is for entertainment and snarky purposes only. 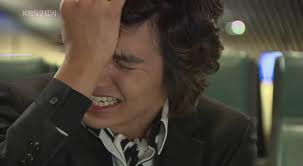 Tragicifying results: In a desperate attempt to force Jun Pyo to regain his memory, Jan Di throws herself into a pool while he watches. Jun Pyo jumps in after her, not because he remembers her but because he has not been swimming for some time. Unfortunately Jun Pyo’s memory issues wreak havoc on his swimming abilities and both he and Jan Di drown.

Driven mad by the death of his best friend and the woman he loves, Ji hoo dedicates his life to becoming a doctor….and formulating a way to reanimate both Jan Di and Jun Pyo. After years of research (accompanied by the now hunch backed Woo Bin) he is able to successfully bring both individuals back to life. Unfortunately they are now zombies. More unfortunately the only words they can speak are lyrics from the song Paradise. 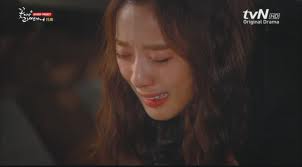 Tragicifying results: The Flower Boy Ramyun shop, thankfully, never closes (as occurred in the “original story”). Instead the boys keep on making ramyun. Yay! That is until a horrible salmonella outbreak sweeps through Seoul. Investigating the possible source of the outbreak, health officials find a commonality between those affected and the fact they ate at the ramyun shop.

After visiting the ramyun shop they find that it is now closed as the entire staff is critically ill with food poisoning. Undeterred, investigators visit Eun Bi in the hospital where she reveals that the shop recently hired a new employee. His name is John Mayer. He used to work at a restaurant called Club M. He made his own brand of ramyun, full of his own feelings.

Realizing this may be an intentional poisoning the investigators close in on John Mayer, who holes himself up in the ramyun shop. Before they can break the door down a fire is lit from inside. The fire spreads and for some reason (this tragicifying machine really is not good with plot consistency or logic) it burns down the entire city of Seoul, ending with the same type of giant explosion that always happens when cars fall down cliffs. That is tragedy. 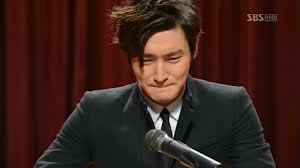 Tragicifying results: In a twist that no one saw coming, Lee Go Eun’s mother reveals that she is the actual brains behind Kyungsung Morning. Apparently she thought of the entire plot while Lee Go Eun was a child, repeating the story to her daughter at night. While giving up on her own dreams of becoming a writer due to her realization she would never make it, she kept her dream alive by planting the story subconsciously in her daughter’s mind.

This knowledge comes to light when Lee Go Eun announces she will marry Anthony Kim. Her mother, who does not approve, breaks the news and in a full personality change (thanks to the tragicifying machine) disowns Lee Go Eun.

This family drama does not stop Lee Go Eun from going forward with her marriage to Anthony Kim. They decide to elope. Anthony, having lost his eyesight, waits at the court for Go Eun. Due to his blindness he does not realize that instead of Lee Go Eun, Sung Min ah appears. He goes through with the wedding, never realizing his mistake. Go Eun arrives at the courthouse as the newly married couple are leaving. Shocked, dejected, she runs away to the last place she knows she is welcome, the home of actor Hyun Min.

While knocking on his door, tears streaming down her face, she hears an odd shout from inside. Suddenly the door is thrown wide open; Hyun Min’s manager faces her with a shocked look on his face. Go Eun pushes her way inside and finds Hyun Min, collapsed on the floor.

“He was playing a video game when the controller malfunctioned. It just kept pausing and un-pausing. I think all of the screen changes caused a seizure…he just stopped breathing.” The manager says in between sobs.

Lee Go Eun rushes to the prone body. Then she looks to the TV. The game that Hyun Min was playing was the first video game adaptation of Kyungsung morning. Tears. 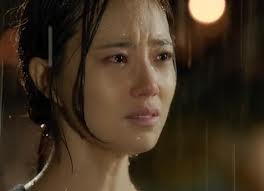 Tragicifying results: Finally Kang Maru and Eun Gi set a date for their wedding. After all of the crazy tragedy that has followed these characters the world rejoices.

Unfortunately, their happiness is short lived. Due to a set of unforeseen circumstances the day of their wedding starts miserably. A United States military officer inadvertently orders a nuclear strike on Russia by using a set of code words that no one was likely to break due to their obscure meaning. This military officer’s secret love of Korean drama led him to utter the words “Kim Sam Soon haha ugly name” (which was chosen as the nuclear code word by another drama lover, George Tennet).

The fallout that occurs plunges the world into a full scale nuclear war, wiping out ninety five percent of the population. Fortunately, Eun Gi and Kang Maru, who were at the altar at the time of the first blast to hit South Korea, live. Unfortunately they now have the shadows of each other permanently imprinted on their skin. Also they have amnesia. Somehow they do not have radiation poisoning. 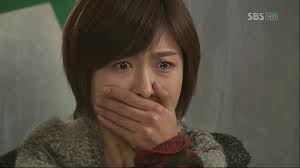 Tragicifying results: In an odd turn of events Ra Im and Joo Won’s oldest son grows up to become a chemist. As his parents age, this brilliant scientist begins to suspect something about his parent’s past, mainly because of their constant references to flower wine. Finally, after plying his father with whipped cream cappuccinos laced with truth serum he is told of his parents body swapping.

Filled with the knowledge that such a soul changing mechanism can exist he dedicates himself to recreating it. Finally he succeeds in creating a potion that can create a soul swap; unfortunately it only works on inanimate objects. As a test he sprinkles it on his family’s ultra modern home, only to find that it is replaced by a New Jersey Beach House. Even more tragically that leaves Ra Im and Joo Won to take on the persona of the cast of Jersey Shore. I have seriously never been this depressed. Ever. I hate you tragicifying machine!

2 thoughts on “Tragicify This! Magically Applying I Miss You’s Tragedy Formula to Other Dramas”