We have spent time learning about the cast, the inside jokes, and the games that have made earlier episodes of RM and built up to where we are today. Now it is to review the guests you may have missed, the idols, actors, entertainers, and singers that have added their own oomph to Running Man (with a focus of guests appearing on earlier episodes). And in case you are wondering, the person who has appeared the most times on RM is Jung Yong Hwa, of CNBlue fame (a total of 10 episodes).

My favorite guest, Choi Min Soo is a tough guy Korean actor. The son of famous Korean actor Choi Moo Ryong, Min Soo is one scary looking guy. Throughout his appearances in Running Man he has often acted in a game of the Running Man members vs. him. Due to his epic abilities (seriously, he is like KJK times fifteen) Min Soo is the most feared guest in RM history. 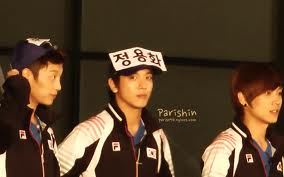 The leader of the band CN Blue, Yong Hwa is a skilled musician, singer, and songwriter. Yong Hwa has made the most appearances on RM to date; he is to RM what Alec Baldwin is to SNL (this should be an SAT question). While not a terrifying presence like Min Soo, Yong Hwa and his idol like boyishness are a welcome sight- plus after all his appearances he is kind of a pro.

The first couple of Korean rap- and I mean rap not idol rap, Tiger JK and Yoon Mi Rae were featured on the Hip Hop episode of Running Man. The couple has great chemistry (which is good cause they are married) and fit in well with the RM cast. Plus they had the most adorable name tag ripping moment ever.

Park Bo Young is an actress, most recently starring in Wolf Boy with former RM cast member Song Joong Ki. During her first appearance on Running Man Bo Young made a lasting impression, Cosplaying with the cast and becoming a serious contender for fan’s if-they-added-another-female-team-member discussions. 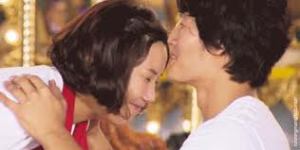 Bong Sun is a Korean MC and Comedian. While some are turned off by her rude personality, both while guesting on RM and outside of the variety program, this girl is a riot. Her running gag is to cling to her “Oppa” Kim Jong Kook- even promising that if they married she would buy him a gym. Haha.

Noh Sa Yeon is a Korean singer and television personality, having appeared on several variety programs as a guest and/or a cast member. Noh Sa Yeon, in all of her Running Man appearances, has ended up as the worst person to be paired with (think having to carry her around for example). Because of this and her awesome diva attitude there is never a shortage of laughs when she guests.

The Thai rapper from idol group 2PM Nichkhun’s sweet personality has always complimented the cast of RM. Having appeared numerous times on the show, he is second only to Yong Hwa in terms of number of episodes appearing as a guest.

Suzy, an actress, singer, and model, has made numerous appearances on variety shows. Her comedic timing is spot on and her interactions with Ha-ha and his playboy persona are hard to beat. If there is one female guest that never fails to get the male members of RM riled up into a we-want-to-be-on-her-team frenzy it is Suzy.

One thought on “Introduction to Running Man Part 4: The Best of the Guests”