The two characters independent of each other- entertaining. The two characters together- drama heaven. With personalities so opposite yet surprisingly so complimentary, Myung Ran and Na Yoon brought the comedy. Let’s celebrate the roommates every girl would be thankful for:

Na Yoon is a formerly spoiled girl without a clue. Perplexed by simple emotions, and with a character biography to make most k-drama “other” women turn into the evil villainess we expect, she surprised me. Big time. While frustrating at times her ultimate role was not of the evil bitch that tried to destroy our heroine at every turn. No, she was the lost rich girl that added to the loft apartment with her naïve sense of common things and ridiculous high brow fashion sense. 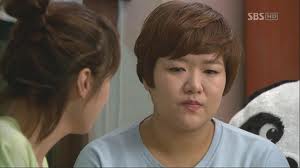 Myung Ran is a tough girl. She is Eun Seol’s best friend and former fighting buddy. With a background that is not roses, she takes the world as it comes with a persona that is simultaneously bold and dependable. Myung Ran acts as a mother to those around her, with all of her gruffness she is the one that will bear hug her friends at the moment they need reassurance the most. 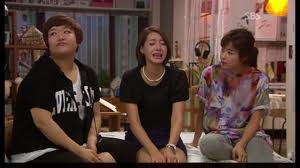 Myung Ran and Na Yoon together- well they are hilarious. A cute pair that bonded despite their obvious differences (not without comedic conflict of course) they are one of the few female characters in a Korean drama to form a lasting bond (that includes Eun Seol). It is refreshing to see that each roommate brought a different thing to the table. Eun Seol was tough, real, and in need of a lucky streak. Na Yoon was spoiled and in need of emotional growth. Myung Ran was the pillar, ready to support both women in their time of extreme growth.

While Eun Seol stood on her heroine pedestal, Myung Ran and Na Yoon progressed to shopping, eating out, and realizing that their differences were not so bad after all. Sidekicks to the end. And not to mention hilarious sidekicks at that. What sets them apart fro Eun Seol are their characters’ overall purpose. They were not the main story. They were the other scenes, the ones where we laughed and fist pumped. In some dramas supporting characters cause moments of annoyance- we want to get back to the main characters already! Not in this case, in fact I was sometimes happier to see Myung Ran and Na Yoon in a scene than I was to witness the leads. Myung Ran and Na Yoon supported, and they did a fabulous job at that. If only every girl was lucky enough to have such wonderful friends. That is what makes Myung Ran and Na Yoon great characters indeed.

One thought on “The Best Characters in K-Drama: Na Yoon and Myung Ran, Protect the Boss”