Running Man headlines are back! *Throws confetti and then cries for how horribly I have neglected this feature – stupid real world obligations*time for the latest and greatest from the last week in Running Man news. Cheers!

Next week on Running Man

Kim Woo Bin and Lee Hyun Woo guest star in an action packed episode. The cast and guests appear to be playing criminal masterminds bent on thievery. Yes please. You can check out the preview below.

Gary will be MIA from the Taiwan fan meeting due to a previous engagement – a solo showcase in China. On January 17th Gary will be in Guangzhou at Sun Yatsen Memorial Hall showcasing his talents.

Monday Couple Interview. And a CF. And Lore died that day 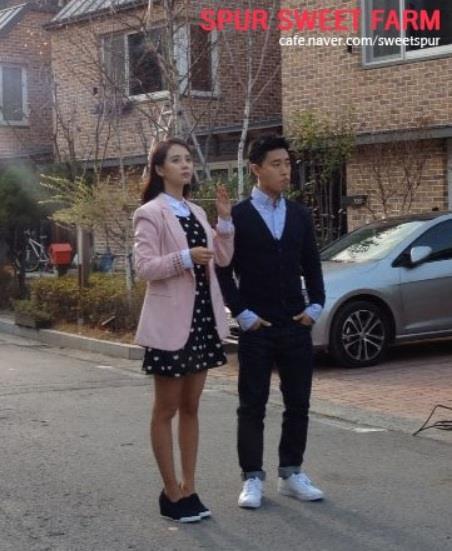 Christmas came early this year as everyone’s favorite Running Man couple Song Ji Hyo and Gary embarked on a CF filming (for Kyung Dong Pharmacy) and a BTS interview to boot (for One Night TV Entertainment). Check out the diabetes inducing interview with English subs below (my heart! My heart be still!):

Ji Hyo Get it Beauty Episode 34

Watch as Miss Mong shares her beauty tips. I mean it. WATCH IT OR GREMLINS WILL EAT YOUR SOUL!

The Giraffe’s newest CF. It involves pizza, the world rejoices.

On November 25th Pizza Hut announced that Lee Kwang Soo would be taking on the lead role in a series of advertisements. King Kong, Lee Kwang Soo’s agency, recently released some BTS pictures from the CF shoot. They involve kids, pizza, and Kwang Soo. What’s not to love?

The Bro Concert is going on as I type this!

Kim Jong Kook’s English continues to impress. The duo will be in New York on the 12th and Dallas on the 14th. NY1 recently put out an article on the show:

New York City continues to be the center of the so-called Korean Wave, primarily the wholesale exportation of the country’s culture, food and music. With the influx of entertainers, the groundwork is laid for another wave of Korean stars to make their mark.

On Friday, the city meets the dynamic duo of Kim Jong Kook and Haha, the Running Man Brothers, as they’re called. They’re named for the wildly popular TV show. In fact, Running Man is seen as the embodiment of Hallyu or the Korean Wave, having been translated online in English, Spanish, French, Thai, Malay, Vietnamese, Chinese, Arabic and Brazilian Portuguese.

Its star is Yoo Jae Suk, but the spice is Kim Jong Kook and HaHa – Kim for his boyish likeability, upbeat personality and masculinity and HaHa for his insatiable sense of humor and free spirit – but the two are also quite the musical duo. In fact Kim made his mark with the duo Turbo in the late 1990’s when he teamed up with the singer Mikey and churned out several hits.

Their so-called return to their musical roots is already reaping rewards as some 3,000 fans turned out in Palm Springs this summer as they performed their hits to an enthusiastic crowd, laying the ground work for stops in New York City and Dallas. Their show on the Korean network SBS has become some popular, a Chinese spinoff is in works. Would an English adaptation be totally out of the question?

Stay tuned as NY1 will have a complete wrap-up in our next report.

The Running Man Brothers will be performing at Friday, December 12 at Queens College’s Colden Auditorium, 8 p.m. 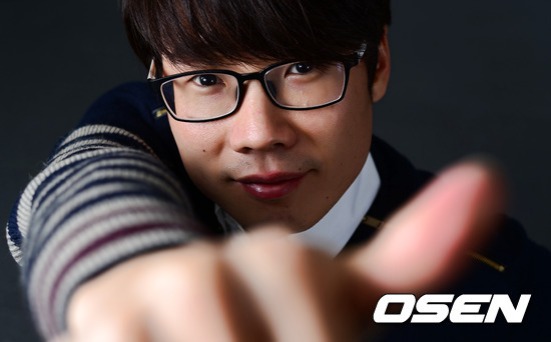 Probably one of the most recognizable Running Man PDs to viewers (he was the head PD), Cho Hyo Jin has left Running Man after being with the program since its inception. Prior to Running Man, Cho worked on variety shows Family Outing and Xmen with Yoo Jae Suk ( Haha and Kim Jong Kook as well).

Cho has been such a huge part of Running Man that it is hard to imagine the show without him, at the same time I wish him well in his future endeavors. You have to give this guy a lot of credit for the success of the program, because despite our awesome cast the conceptual part of the show is heavy on the shoulders of the writers and producers (and PD Cho was, in many ways, the puppet master behind the camera).

On the heels of the depressing news came the departure of another PD of the show (Ji Hyo’s PD. I never realized until this happened that each cast member had a PD). PD Kei sent out the following tweet because his life goal was to see me weep like a sad little infant: 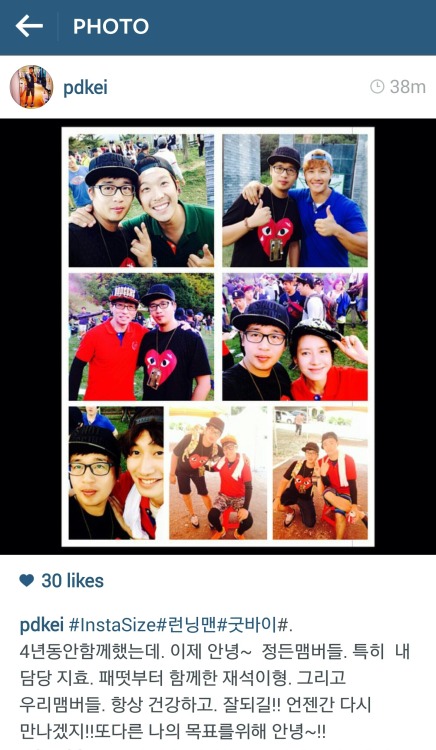 Translation: Running Man #Goodbye It’s been 4 years together, goodbye now~ Sweet members, especially Ji Hyo whom I am responsible for. Jaesuk Hyung, we’ve been together since Family Outing. and uri members.Take Care. I’ll see you again someday. For my future goal!! Bye~!!

We will miss you Cho PD and Kei PD! *Sobs*

Now this is something I never imagined. The Chinese spinoff of Running Man, Hurry Up! Brother is making a movie, set to come out in time for 2015’s lunar New Year. I am not sure what the concept is exactly but Kim Jong Kook will be taking on a role in the production. All I can say is interesting, interesting indeed.

Lee Kwang Soo, Ji Suk Jin, and Haha twitter convo (AKA they had as much fun with the alien concept as we did) 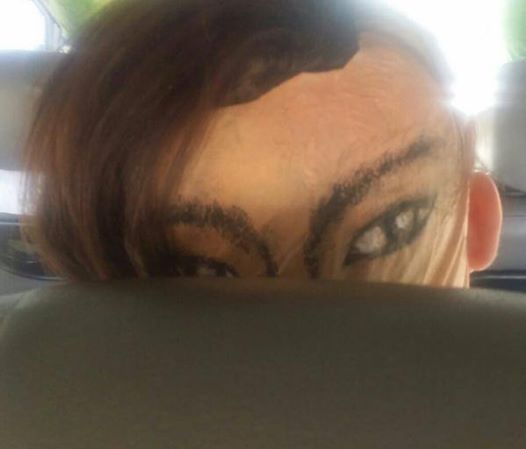 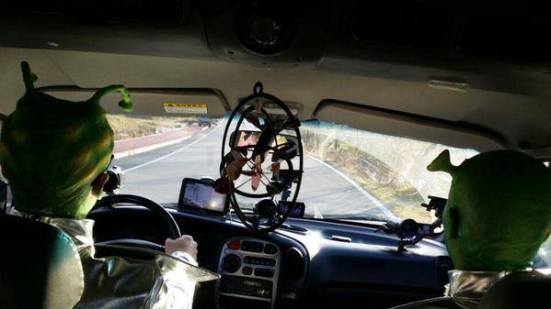 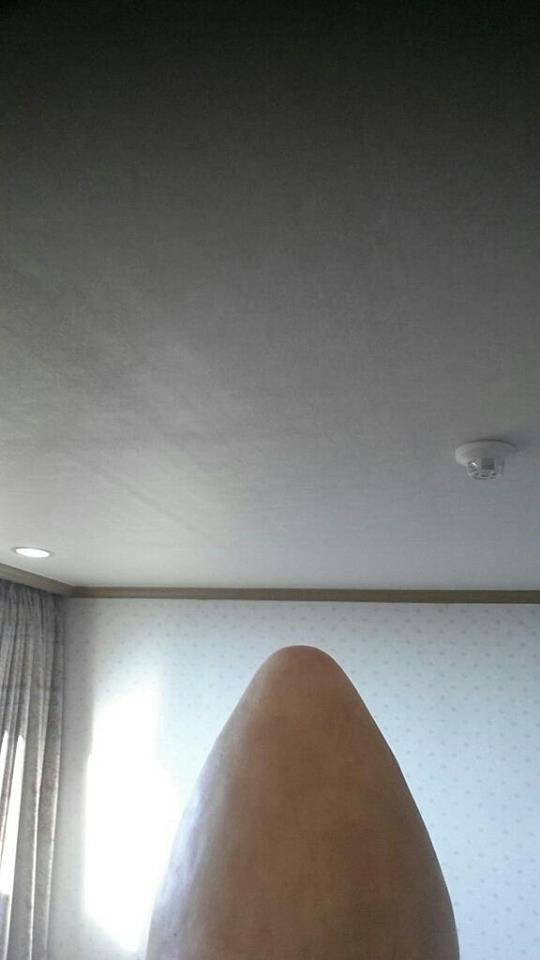 Here be the episode with English subs. The cast of the Korean Running Man guest starred on the Chinese version. I fully admit I have not seen the episode, but you better believe I am watching it as soon as I publish this post. Enjoy!

Lee Kwang Soo interview for One Night of TV Entertainment

Interviewer: Song Joong Ki said that you cries every time both of you drink alcohol together.

Lee Kwang Soo: Joong Ki is currently in the army. Around the time he was about to enlist, my tears would just come out whenever I drank because it was before he joined the army.

Interviewer: Did you visited him during his military training?

Lee Kwang Soo: I visited him once too. It didn’t seem like he liked it so much so I’m never going to visit him again. *Laughed*

When they talked about Yoo Jae Suk’s hips..

Lee Kwang Soo: Yoo Jae Suk is very confident with his sexy hips. It really looks like an apple. *Laughed*

I love her dress. So pretty. 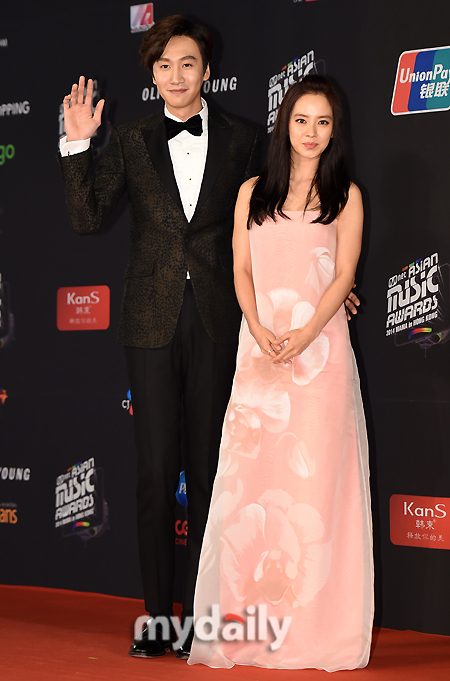 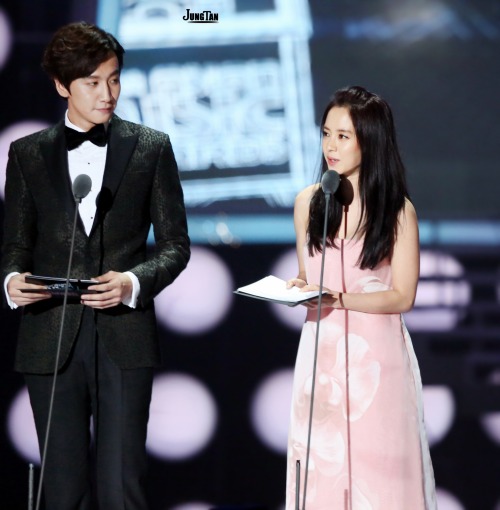 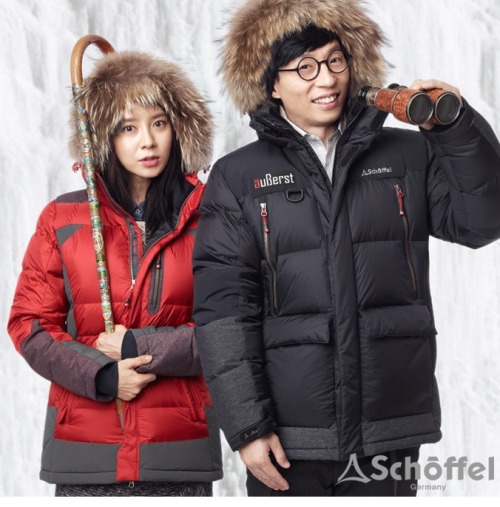 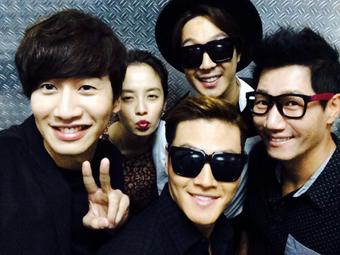 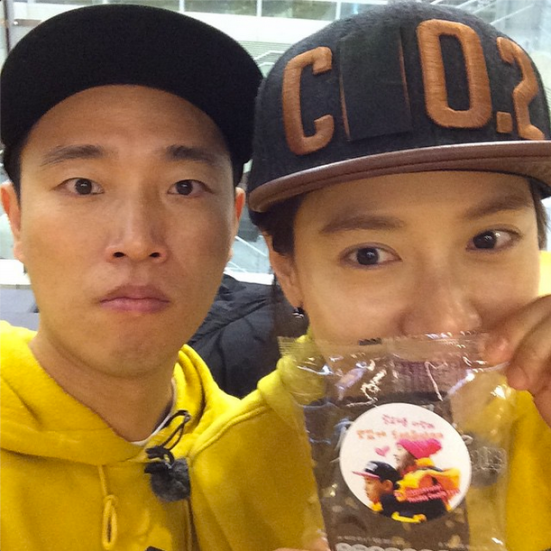 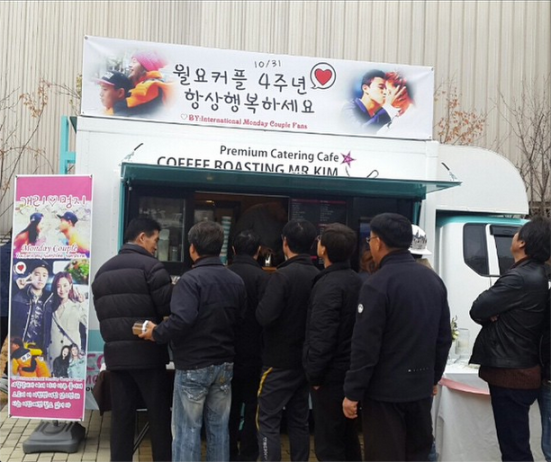 Leessang’s Gary and actress Song Ji Hyo, the two halves of variety program “Running Man’s” ‘Monday Couple,’ recently posed for a picture together as a way to express their appreciation and thanks to fans for their love and support for the past four years.

On November 24, Gary posted on his personal Instagram account, “Thank you~~ Hong Kong fans!!~” along with a couple selca of the two posing next to one another, as Song Ji Hyo holds up a gift from fans.

He also wrote a brief caption, “KKyawoo~~!” attached with a photo of a coffee truck gifted to the them in celebration of the ‘Monday Couple’s’ four year anniversary since being named a couple through the variety program. The banner on the coffee truck reads, “’Monday Couple’ 4th Anniversary. Be happy. By International Monday Couple Fans.”

Meanwhile, Gary and Song Ji Hyo have continued to earn a lot of love through “Running Man,” not only in Korea but from overseas as well. 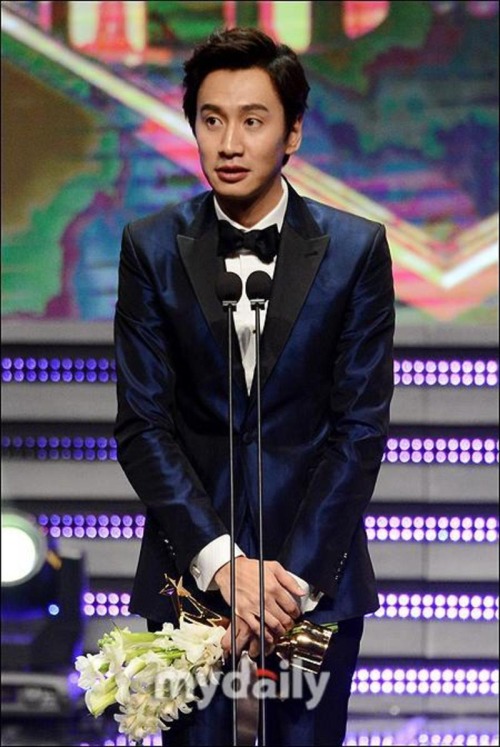 This was 3 years ago already (hard to believe) and I am still watching this.

7 thoughts on “Running Man Headlines: The Headlines Strike Back”