Running Man jets off to Thailand for the first leg of the Race Start Tour, Yoo Jae Suk was maybe-sort-of mean once, and Kwangvatar is on the horizon. Time for this week’s round up of Running Man news. Cheers!

Jo Jung Suk and Shin Min Ah are set to guest star as they promote their upcoming film My Lovely Bride. Marriage seems to be the theme of this episode as the preview hints at an engagement between Shin Min Ah and Gary (and a pepero kiss to boot *wails as a Monday Couple shipper *). This will be the first time either actor have appeared on the show so I have no experience to base my excitement on – other than the fact I really like both of these actors. You can check out the preview for episode 215 below:

I have come to expect all news about Yoo Jae Suk to be positive because this guy apparently can do no wrong. Now, not to say that the following is horrible or anything (actually pretty funny) but it was a change of pace as far as Yoo Jae Suk comes. So here it is -during the September 26th episode of Yoo Jae Suk’s show I am a Man an audience member told the story of when Yoo Jae Suk denied him an autograph:

“14 years ago, when I was enlisted in the military, I met Yoo Jae Suk and Lee Hwi Jae on the streets. I asked for an autograph but I was coldly rejected.“

Yoo Jae Suk seemed a bit flustered and responded, “I don’t really remember what happened 14 years ago. It was probably because I was on my way to filming.” However, the male guest fired back, “But Lee Hwi Jae gave me one,” causing the studio to roar into laughter.

Here is guessing the guest got an autograph stat after revealing the story.

In other Yoo Jae Suk news the MC is set to appear at the 30th anniversary event for his university club. The club is the official comedy club of Seoul Institute of Arts. Yoo Jae Suk is an alumni as are other big name comedians such as Lee Hwi Jae, Shin Dong Yup, Lee Young Ja, Song Eun Yi, and Pyo In Bong. The event will take place on three dates – November 1st thru the 3rd at Daehak-ro and will feature alumni putting on a one and a half hour standup comedy show. All proceeds will be donated to the gag club as well as student scholarship foundations.

Unfortunately Haha is still dealing with SNS impersonators. On the 24th he posted on his twitter account:

Hopefully whoever is pretending to be Haroro will stop. 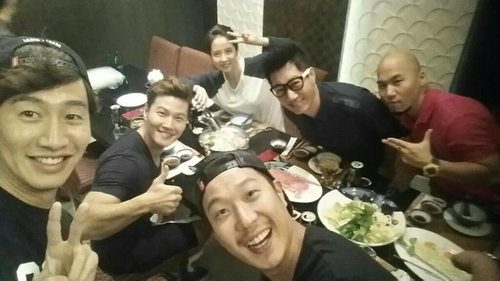 We r going back to Korea! Thank u all for coming to our fanmeeting! We were really touched.. C u later!! 저희 집에갑니다! 태국팬분들 너무 감사드려요!

JK: We r going back to Korea! Thank u all for coming to our fanmeeting! We were really touched.. C u later!! 저희 집에갑니다! 태국팬분들 너무 감사드려요! 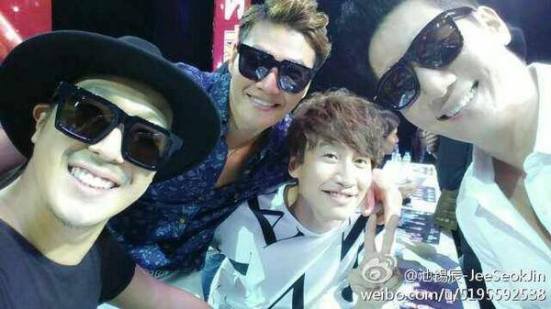 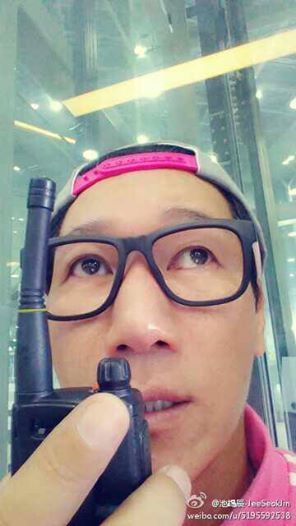 Song Ji Hyo, Gary, Ji Suk Jin, Haha, and Kim Jong Kook were in Thailand on the 27th for the kickoff of Race Start Season Two. The fan meeup tour is set to visit several locations in the coming months. If this first event is anything to go off of this looks like an amazingly entertaining tour. Because Ji Suk Jin and Lee Kwang Soo danced to Trouble maker. Feast your eyes:

Check out this post for a long list of fancams from the event showing off more amazing moments.

And to the pics: 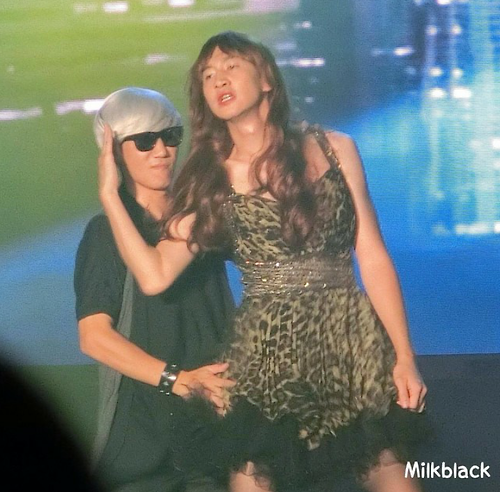 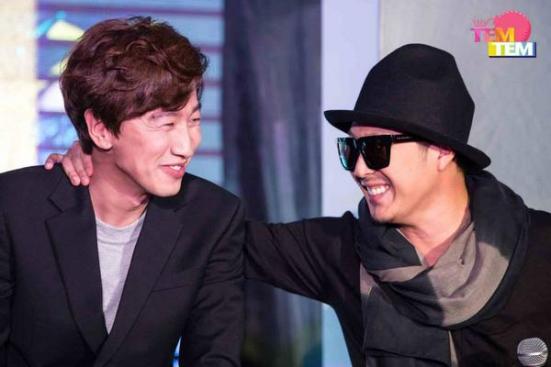 The cast of Running Man were spotted filming an upcoming episode on 9/29/2014 and brace yourselves….Lee Kwang Soo was dressed as Kwangvatar. This looks like it is going to be one heck of an episode- besides the fact that Lee Kwang Soo has finally achieved his natural state. No word yet on when this bad boy is going to air but based on the pics not soon enough (from what I have gathered KJK is Wolverine, YJS is Super Man, LKS is Kwangvatar, SJH is Wonder Woman, KG is Speed Race and not sure on the others): 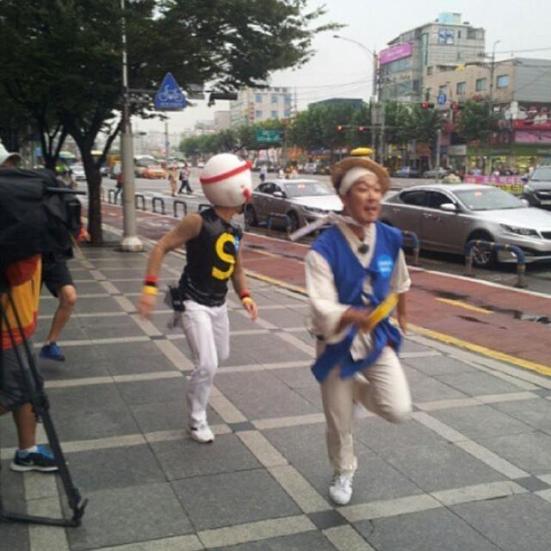 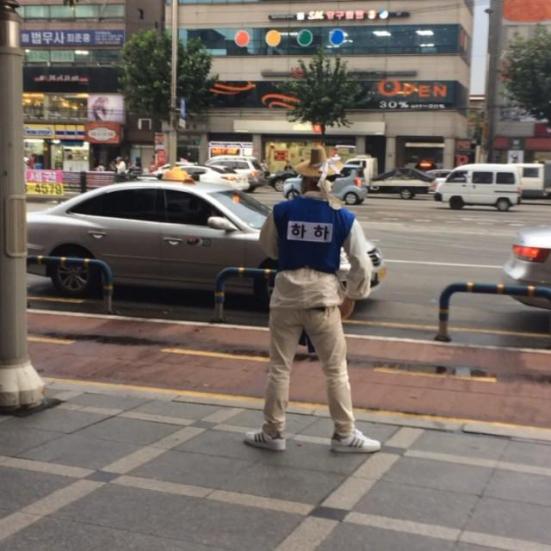 I have a new favorite girl group, they are called DNA. They are amazing – especially Suk Jin and Gary’s aggressive thank you hearts.