The Running Man members are joined by Chun Jung Myung and Kim Min Jung (costars in the upcoming film Queen of the Night) as they battle it out to find out who is the toughest juvenile delinquent of them all. Lee Kwang Soo is apparently playing a school girl in the episode which almost guarantees it is going to be hilarious. You can check out the preview below:

This week in Running Man Headlines….

Haha made a stop at YG to eat at their famous cafeteria…without an invitation. Haroro dropped in with Jang Gi Ha and Faces to grab some food as part of a filming for the variety show Infinity Challenge. While loitering around YG Haha took a selca with G-Dragon (who was apparently so embarrassed by his hyung’s behavior he hid his face in the picture). Fan’s requested for Haha to upload the photo, which he promptly did. G-Dragon, in retaliation, uploaded the following picture that shows Haha, Faces, and Jang Gi Ha shamefully eating their food.

Haha responded to the picture with the following (only Haha):

“So embarrassing…Hahaha but it was really good. Next time, my family will be visiting. When I call…answer….Haha.” 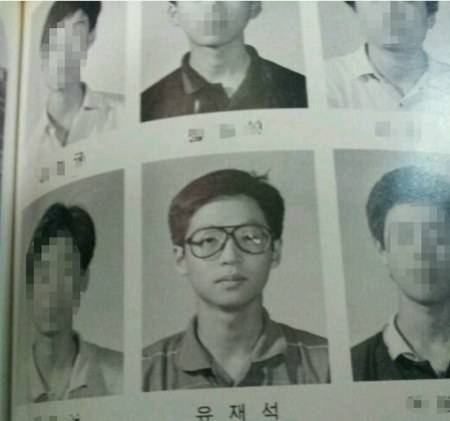 In the last week Yoo Jae Suk’s year book photo has been making the rounds on SNS. A picture, titled “My Uncle’s Yearbook with Yoo Jae Suk” shows the nation’s MC sporting a geeky look, complete with some killer glasses. Oh grasshopper, how just the sight of you entertains me!

In other news, fan taken pics have been floating around showing IU and Park Myung Soo filming for Running Man. The duo will guest star in episode 168. IU has been a guest on RM before, however this will be Park Myung Soo’s first time as a guest. For those who are not familiar with Park Myung Soo, he is a co-host on the super popular variety show Infinity Challenge (alongside Haha and Yoo Jae Suk). Myung Soo is known for his Old Devil character on the show. In addition to Infinity Challenge, Myung Soo also co-hosts the show Happy Together with Yoo Jae Suk. So, they are pretty much BFFs. As a fan of all three shows I cannot wait to see him on Running Man!

On October 5th part of the Running Man cast (Haha, Kim Jong Kook, Gary, and Ji Suk Jin) attended a fan meeting in Shanghai, China. During the fan meeting the cast was asked about Monday Couple – and delivered some major fan service with their answers. Check out the video below (it has eng subs):

Watching the video mad me squee, and then kind of feel sorry for Gary. After all, if Ji Hyo is still dating Mr. CEO it is kind of awkward to have your hyungs tell the world that you will probably start dating Miss Ji Hyo soon. I mean they did make it clear that Gary is not dating her now, and he seemed to like them talking up Miss Mong’s affection for him, but it is still kind of awkward. Wait….never mind *returned to my delusional world where Monday Couple is real* All better! Here are some more fan made videos from the fan meeting (unfortunately no eng subs):

Mnet has a star of the week feature where they highlight a celebrity (chosen by voters) with articles and pictures. It was peaceful Gary’s turn two weeks ago. I enjoyed looking at all of the back in the day pics of Gary, so I thought I would share. Cheers! 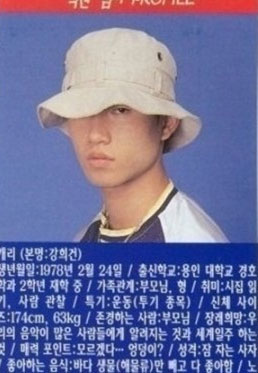 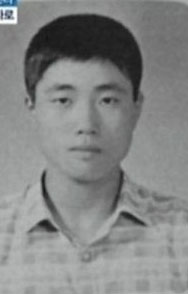