If the summer drama lineup was a little lacking for you (or if you are like me and cannot find time to sleep) do not fear! Because fall has an equally buzzworthy set of shows premiering (don’t count on sleep anytime soon). From Lee Min Ho (sigh) to the promise of a Gakistal like rival (sigh) there is a whole lot to be excited for. So, tell summer and all of that nasty heat to take a hike- time to look at the fall lineup of dramas (and wait for Lee Min Ho. And make signs. And join Lee Min Ho’s fan club and…).  Cheers! 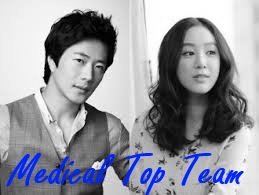 What it is about: A gifted team of doctors’ face the internal power struggles of a hospital, all while treating their patients with their unique expertise.

Why you should watch it: The writer of Brain and the PD of The Moon that Embraces the Sun. Jung Ryeo Won, who has been amazing in past roles (King of Dramas, Story of a Salary man). Ju Ji Hoon (remember, the prince from Goong) who is in the process of making a comeback post drug charges and military service.

What it is about: A television writer meets her past self, which fortunately (or is that unfortunately) for her begins giving obvious directions on her (their?) current life. If dealing with her future self is not enough our heroine also begins to fall in love with her coworker, the broadcast station’s PD.

Why you should watch it: One half of the writing duo of King 2 Hearts and Beethoven Virus should be enough (K2H is one of my all-time favorites, the promise of a drama even half as good as this one gets my attention). As of today this is the show I know the least about- we only have a tentative casting of our hero and no word on our heroine. Regardless, I feel confident enough in the writer behind this story to believe that this is a must watch show. 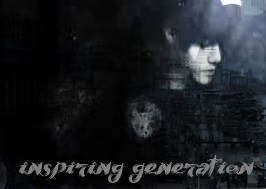 What it is about: The story takes place in 1930’s Shanghai, China and focuses on young Korean expatriates as they live, love, and individually tackle the situation of Korean patriotism amidst their home country’s occupation by Japan.

Why you should watch it: Other than the potential history lesson this drama is based on a daily comic strip by Bang Hak-Ki published in Sports Seoul between 1985 and 1988. And, as we all know, comics are inherently awesome. Enough said. Oh, and Kim Hyun Joong is hot. And has not been in a drama in three years. And he is hot.

What it is about: Much like its predecessor Answer Me 1997, this show is a coming of age tale with a hefty sprinkling of nostalgia. Instead of the era of SES and H.O.T.  (as addressed by its predecessor) this entry in the Answer Me series goes back to the days of Seo Taiji and the Boys and the famous Korean Basketball League.

Why you should watch it: Answer Me 1997. Have you seen it? Watch it. And then watch this show.

The Heirs, The one trying to wear the crown withstands the weight (SBS)

Starring: Everyone. Literally every available actor and actress that could plausibly pull off the role of a high school student.

What it is about: Rich high school students and their drama, gossip girl style.

Why you should watch it: Why wouldn’t you watch it (Other than the constant buzz…I kind of feel like this show has been in my face for months even though there is a little over two months until premier day). Over promotion and buzz aside this drama has a lot going for it- the writer of a Gentleman’s Dignity and Secret Garden penned this show and everyone who is anyone has a role. Park Shin Hye (Flower Boy Next Door), Lee Min Ho (Boys Over Flowers, City Hunter), Kim Woo Bin (School 2013), Kang Min Hyuk (CN Blue), Krystal (fX), Kang Ha Neul (Monstar), Hyungsik (Nine), and Choi Jin Hyuk (Papa Gu, Gu Family Book) star in this tale of rich kids and their inevitable foibles. Did I mention Lee Min Ho?