Don’t turn around, don’t shout, don’t gather in groups, don’t….wait…am I the only one that is still scared from the uber rules of episode 155?! Okay…turning around now. Reluctantly. 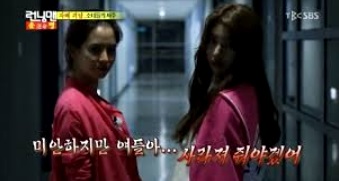 The women of 2NE1 make an appearance (thank you YG for lifting that pesky variety ban) in what promises to be an interesting episode. I am still not a hundred percent on the concept- apparently the girls are aliens out to find water- but the preview gives me high hopes for the episode. Check it out below:

Note~ I am changing up the format of Running Man headlines a bit. Let me know what you think.

HaHa and Byul continued their adorable adorableness this past week. Byul took to twitter to rant and rave about what she loves about her new baby (hint, everything) while HaHa told the world the reasons he loves his wife.

To kick off this week’s love fest new Dad HaHa appeared on the latest episode of 1 vs. 100 where he revealed why he fell in love with his wife:

“Byul is a really good daughter to her parents. That’s what made me fall in love with her. She’s extremely considerate, and on top of that, she’s even sexy.”

Not to be outdone in the gushing, love infused department Byul posted the following pic and comments on her twitter feed on July 22nd:

“Oh, so cute. I’m sorry I did this without your permission, Dream… But your toes are so cute, I couldn’t help myself….I love everything about you including your fingers, toes, nostrils, lips, and ears. I want to show them off to everyone, but I am trying to control myself to protect you. You know how I feel, right? I love you.”

Seriously you two- do you have unicorns and rainbows living in your house?

HaHa also made news (that did not involve his beyond-cute family) this week when he appeared on the show Thank You. When asked about the salary of the Running Man Members (really, that was a question!) HaHa remarked:

“I think I’m around the middle out of all the members. The one thing I’m sure about is that Yoo Jae Suk hyung gets paid the most. But still, I think he should be paid even more.”

Talk about non-jealousy. This makes me think back to the episode of Infinite Challenge when Yoo Jae Suk talked about retiring- HaHa was beside himself. These two are certainly close and I love the support the entire cast of Running Man give each other.

During his appearance on Thank You HaHa also relayed the story of when he made a child cry:

“To be honest, I thought a lot about the ‘Haroro’ character. I’m at the age where I think about life when I’m drinking. Once, I was smoking with friends at the store after work. One of the families that was also there had a child, and he started crying, saying, ‘Haroro is smoking!’ I thought, ‘Who am I to do this,’ and I felt responsible.”

Reason to quit- I think so. 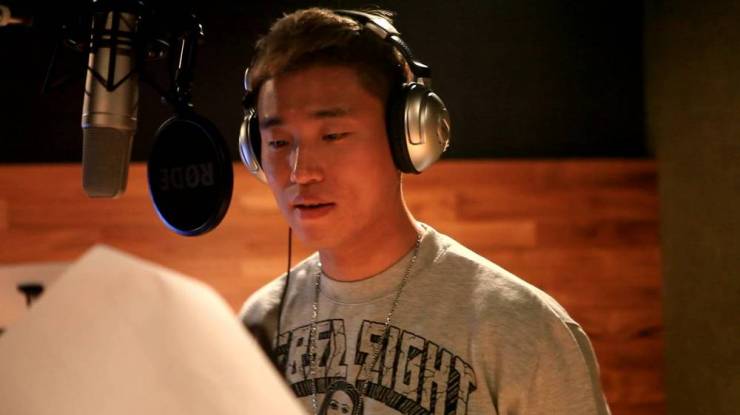 Instagram is the new…um…I feel like I don’t even know what “the new” is these days (note- I am an ahjumma in a twenty something year olds body, been that way for years- get off of my lawn!). Gary joined the craze by opening his own instagram account, confirmed via his twitter. You can check out his twitter account here and revel in his peaceful and handsome ways (I know I do). 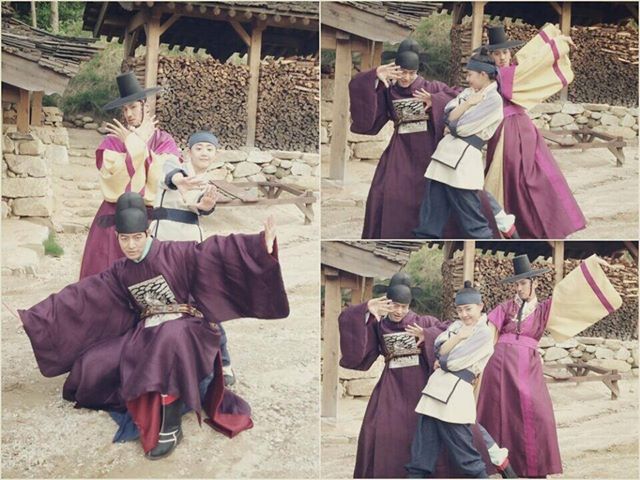 The Drama BTS gods have answered my prayers! I love me a wacky BTS pic, even more so when it features Lee Kwang Soo. The photo comes from the set of Goddess of Fire, a drama featuring Moon Guen Young, Lee Sang Yoo,, and our 42 year old Running Man maknae. Moon Guen Young’s agency posted the pic earlier today and I cannot get enough. Wallpaper anyone?

Parting Thoughts (Because I can)