We Got Married has experienced turnover-a-plenty in recent months. From the scandal that brought down the JoonSeo couple to the sweet goodbye of Cherry and Shoulders viewers have seen more divorce than ‘marriage’ as of late. The program recently announced another cast shakeup with the soon to be departure of the Kwanghee and Sunhwa couple. To add to the press coverage the world edition of WGM recently premiered- giving fans (and haters, cause you have to admit this show has plenty of antis) lots to talk about.

It has been awhile since I seriously wrote about this show- hell; all of the criticism can make for some very un-serious posts (especially after I am tired of reading the fifteenth hundred hate article posted this week). After watching the first two episodes of the world version I realized it was high time to take a look at all the changes and ramble on like the fan I am- also known as what one of the handful of people who do not hate this show thinks. Cheers!

Thoughts on the newly divorced 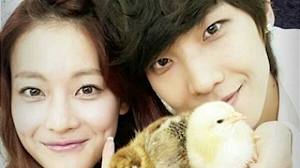 I wrote a post prior to the Lee Joon (MBLAQ) and Oh Yeon Seo (actress, Oh Ja-ryong is Coming!) couple leaving the show- in regards to their scandal my feelings are the same. In regards to their actual departure I found their exit was too close to the scandal to warrant a complete disregard for how the event affected their decision to go their separate ways. After all, if I was super busy (as was the reason given for Lee Joon leaving) I would probably chose to ax the show that found my name in the headlines not in a good way over the potential hit drama or good image supporting shows I was appearing on. But I hated the timing, because I found the talk between these two over their scandal (whether real or fake, aired on the show) a huge step in the “hey we are real people too” department that WGM often overlooks in favor of contrived scenes and cutesy setups. So it sucked when the couple that faced reality head on gave us a few awkward episodes post scandal and then said their goodbyes. While I would not call this couple one of my favorites I still sigh at what could have been, especially if they had fully weathered the storm. 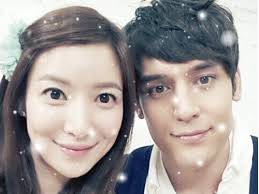 Julien Kang (actor, To the Beautiful You) and Yoon Se ah (actress, My Lover, Madame Butterfly) were the mature couple that could not help but make this viewer laugh and sigh in tandem. This couple had moments of giggly romance and endearing friendship but never moved their airtime above their own awareness that being a couple, fake or real, meant give and take. It was sad to see these two go. Looking back I will remember them for many things but laugh at one- Se ah had the best line in WGM history (according to Lore in stone Cities):

Sunhwa, Se Ah, and Yeon Seo are talking about their husbands. The two younger women voiced their jealousy in regards to their “husbands” past girlfriends etc. Se Ah responds “At this point I am just happy if he doesn’t have a kid.” 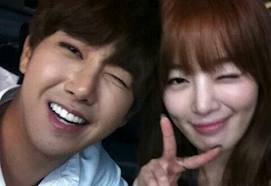 Kwanghee (ZEA and every variety show made in 2013) and Sunhwa (Secret) are not yet finished with their run on WGM; their impending departure was announced earlier this week. This couple has dominated the show of late becoming an almost MC duo that leads the newer couples through the WGM ropes. I have no issue with their recent domination, after all they have done their fake marriage time and understand how it works. In other words, these two make for some entertaining television. The last of the original season 4 couples to leave they have weathered the storms, met the parents, took a bazillion photographs, bought couple rings, and did all of the other fake actions essential to WGM. And for all of that I will miss them, I really will. They bring a sort of endearing dorkiness mixed with ego (anyone remember their bowing to the other couples) that will be hard to replace. Plus WGM is the only show I have seen Kwanghee in that makes me like him. That is a feat in and of itself. So long idol couple- come back to MC sometime!

Thoughts on the newly married

Jinwoon (2AM) and Ko Joon Hee (actress, Queen of Ambition) stepped in to replace the Joonseo couple. A six year age gap separate the pair but do not let this fool you- the two have a strangely intense chemistry that is super addicting to watch. Constantly jealous and possessive they come off like a more genuine couple when compared to the obsessed Joonseo couple. While the duo is still in the awkward stage they are beginning to become more natural around each other to hilarious effect. Childish fighting born of jealousy has become their repertoire, an element that could quickly become annoying- however with these two it is anything but annoying. Maybe it is Joon Hee’s fangirling or Jinwoon’s smooth talking but I nominate this pair as my currently airing favorite couple. 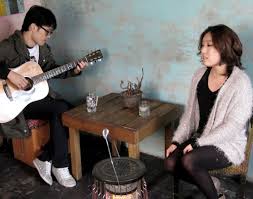 A real couple! Do tell! The announcement that Jo Jung Chi (guitarist) and Jung In (singer) would replace the Cherry Shoulders couple caused ripples- after all they have been dating for eleven years (that’s real life dating, not fake show dating). What is WGM thinking?! In my opinion the PDs had a great idea- these two are hilariously refreshing. I was afraid that the real couple element may be offsetting to what makes this show- the awkward situations two people find themselves in while pretending to be married. Instead the two have a familiarity and comfort that comes off as loving and warm but not in a way that makes the viewer feel like the dreaded third wheel. Their admitted real life lack of romance and couch potato lifestyle help their cause- the moments they spend on the show are all new experiences in their very real romance. Plus I cannot help but love how different they are- with a bizarre sense of humor and love of sleep they are anything but an eyeliner heavy idol couple doing it all for the album promotion. I cannot wait to see more of this couple in the future. 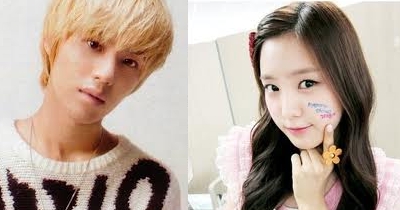 Taemin (SHINEE) and Na eun (A PINK) are young- really young. Like not done with college young. WGM’s PD stated they are the best candidates to display what a first love would be like. I trust you PD…for now. This couple has yet to premier (episode 32 will be their first) and netizens seem to have mixed responses to this paring. I for one have extremely limited exposure to either person- I have seen Taemin on variety appearances with his group and I have never heard of Na eun. So….I expect to see some maybe fake puppy love, some maybe shyness, or some maybe cursing of the PDs. Time will tell,

Thoughts on the international set

The world version of WGM is in its infancy, only two episodes have aired as of this post. While I find it far too early to tell how these two couples will do, so far I am entertained. 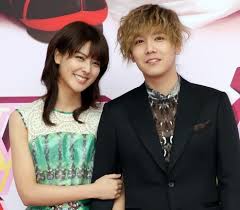 Hongki (Korean, F.T. Island) and Fujii Mina (Japanese, Actress) are definitely opposites- from her love of reading to his blind love of fashion they make for an interesting pair. The one thing that has struck me about the duo is that their differences seem to build up their interactions, neither one is afraid of the others interests or how they make for areas of ignorance for the other person. So far so good. 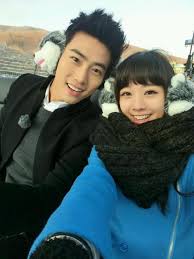 Taecyeon (Korean, 2PM) and Gui Gui (Taiwanese, Singer) are by far my favorite pairing thus far. I love their awkward and somewhat painful conversations (compared to Hongki and Mina who can speak fluent Korean to each other these two have a language barrier). I am also digging how Taecyeon freely admits that Gui Gui and her ‘Oppa!’ have him whipped. With such a short piece of their time together airing it is hard to tell where this couple is going but if I had to guess I have a feeling it will end with Gui Gui getting almost everything she wants- as long as she practices saying Oppa enough.