Incomplete Life (AKA Misaeng) premiered on Friday, bringing with it all of the workplace anxiety it could muster. A tale of the life of a salaryman, the show airs Friday and Saturday nights on tvN for a 20 episode run. This show is based off of a popular webtoon by artist Yoon TaeOh that took the white collar world by storm a few years back. Time for a Stone Cities first impressions post. Cheers! 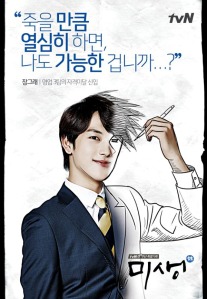 Jang Gue Rae’s dream was to become a professional baduk player. Unfortunately his dream did not work out and at the age of 26 he finds himself an intern at a trading firm (due to a vague connection his mother has with the executive director). Gue Rae finds the office life harsh, very political, and not very forgiving. Gue Rae dedicates himself to working hard and learning the life of a salaryman.

Manager Oh Sang Shik is in charge of the team that Gue Rae joins. Manager Oh operates on high stress. He can be a bit gruff and unfriendly but deep down he has a heart of gold. 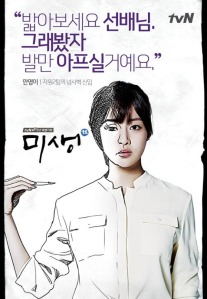 Young Yi is an intern at the trading company Gue Rae works at. Young Yi has impressive credentials and can speak multiple languages. She is great at everything she does, which irks the other interns.

Baek Gi is an intern at the trading company. He fits in well with the other interns. He seems to feel bad for Gue Rae, scolding the other interns when they play a prank on him. It is hinted that Baek Gi has a crush on Young Yi. 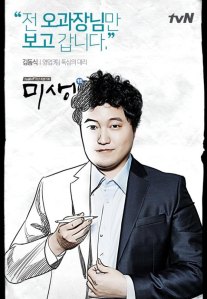 Dong Shik is the assistant manager of the team that Gue Rae is assigned to. He has a kinder, gentler persona than Manager Oh. He scolds Gue Rae but is also willing to help him out and explain tasks to him.

Our Story thus far (in brief)…

Jang Gue Rae is 26 years old and he is devoid of any attractive credentials. Growing up he wanted to become a professional baduk player. He never went to college and worked part time jobs while studying baduk. Unfortunately Gue Rae is unable to become a professional baduk player. Feeling like his life is all a product of not working hard enough, he dedicates himself to an internship he gains at a trading company (through an acquaintance of his Mother).

Gue Rae’s life at the trading company is far from comfortable or welcoming. Office gossip spreads that Gue Rae was given the internship as a “parachute”, a favor called in due to connections. While it does not really fully explain why Gue Rae is given the chance by the Executive Director the fact is he is undereducated and inexperienced next to the other interns. When his fellow interns, all of whom possess impeccable educational backgrounds, find out just how under qualified he is they hate him more. Their anger manifests in a prank which leaves Gue Rae covered in seafood smell without a ride home from a far off factory.

Ahn Young Yi is one of the exceptions. A fellow intern, she gets annoyed with Gue Rae (he does practically drag her around to help him when he first starts) but she isn’t downright mean to him. When the interns are given the task of doing a presentation (which determines who will be hired at the company) she asks him to be her partner, though her motivations may not be entirely one hundred percent friendly (other interns begged Gue Rae as well because they thought his incompetence would make them shine more in front of the board). 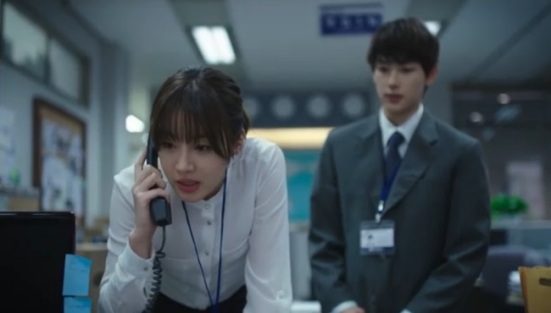 Manger Oh, the person in charge of the team where Gue Rae works, is stressed out, gruff, and short with his coworkers. It is revealed that the Executive Director hates him, making Manager Oh paranoid that Gue Rae was put on his team as a spy – or even to mess up his team with his inexperience. Gue Rae does what he can to make Manager Oh happy,all of which seems to fail given the man’s lack of faith in him. 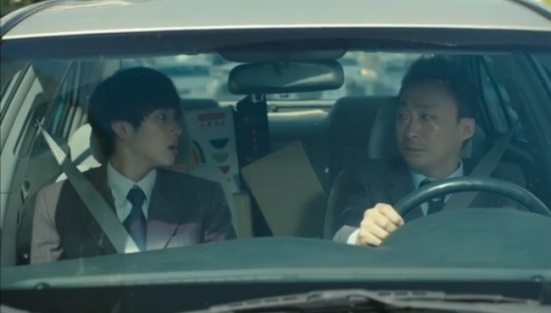 The Executive Director shows up at the office and finds a confidential document lying in the lobby. It is a draft of a contract. The Executive Director sees it belongs to Manager Oh’s team and stalks into the office and hands it to him (more or less an act of “Hey everybody, see how incompetent Manager Oh’s team is, they leave confidential documents lying around). It is assumed that Gue Rae is the culprit, and Manager Oh tells him to get out.

What really happened is one of the other team’s interns borrowed the paper and dropped it. Manager Oh tries to rectify the scolding he gave Gue Rae by asking him out for drinks (alongside the assistant anger). While drunk he runs into the team leader for the team containing the intern who actually dropped his paper- drunk and irate he yells out the truth. Gue Rae, vindicated in a way, is focused on only two words that Manager Oh shouted. He had called Gue Rae “My kid” which makes Gue Rae happier than anything else. He is starting to feel like he belongs.

Lore: Powerful, but powerful in telling a rather mundane tale. The character of Jang Gue Rae (Siwan is seriously nailing this role) is composed of moments of anxiety, disappointment, resolve, and vulnerability – and I find him extremely fascinating. He is a well written “hero”, easy to like and super easy to cheer for. And maybe a super draw to my noona feelings; I wanted to jump into the screen and punch a couple of interns at different times due to how they treated him.

I really love the character of Manager Oh. You can tell this guy has a warm heart but he has been worn down due to stress and a sense of being threatened in his position. When he called Gue Rae “my kid” at the end of episode 2 I wanted to cry right along with Gue Rae, it meant something coming from Manager Oh because he is such a tough cookie (but a nice guy underneath it all).

Two episodes in and I am eager for the next. I was not a huge fan of the one and a half hour first episode (I am starting to have flashbacks to the too long AM94 episodes that tvN liked to put on) but it wasn’t such a turn off that I stopped watching.

The acting is solid, I like the visuals of the show, and the writing is interesting in that it takes such an ordinary topic (life in an office) and makes it exciting and emotionally moving to watch. Emotionally moving is something I found a lot of in the first two episodes. Keep it up show. And I swear if one more intern picks on Gue Rae, Noona is going to jump right into the screen and teach you a lesson (and also go to the ER for cuts on my face from trying to jump into a tv, but hey, you got to do what you got to do). Cheers!

E-kun: I have to start by making this known: I hate when people come to work, not to work! So when I saw the interns being a mess on how Gue Rae got in, I was ready to fight! Who cares how he got in, as long as he can do his job, be smart enough to ask questions, and doesn’t try to BS me, we will have a happy working life. [Thanks for tuning in to ExtraKun’s Public Service Announcement] The show started off a bit questionable because I had no idea what the premise entailed (I will watch Kang Ha Neul do anything); but after episode 2 I am eager to see more. Im Siwan has come a long way in his acting… I was skeptical, but every time I see the despair, pain, and rejection from Gue Rae– I have to give a cookie to Siwan- ah for getting me there.

I love the writing, the acting, the somber lighting of the show… It is a tale that I am in for the long haul. Perhaps because I can understand where each of these characters are coming from (except those nosy office jerks). I hope that it continues to captivate me, and we come full circle to see Gue Rae jumping into some random window in Cairo!

One thought on “The 9 to 9: Incomplete Life First Impressions”