Is this a Monday Couple edition of Running Man headlines? Kind of – except it is mostly Ji Hyo and her drama and Gary and his. Wait…this is a Monday couple edition?! Cheers! 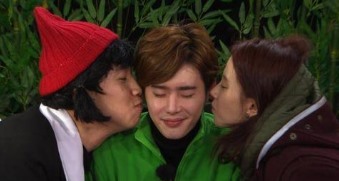 Do Hee, Si Wan, and Yeo Jin Goo will guest star in a “Viewers vote on the most popular” episode special. Judging by the preview the viewers are the ones that chose the challenges, and they picked the most outlandish games possible. Yeah, I am really, really happy about this episode (because if I had any opportunity to choose a game for the RM cast to play I would probably do the same). Check out the preview and pics below: 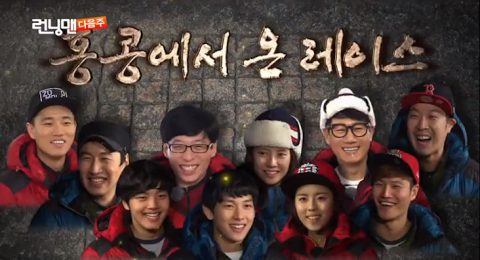 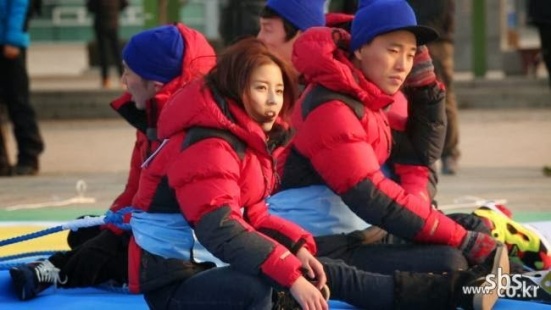 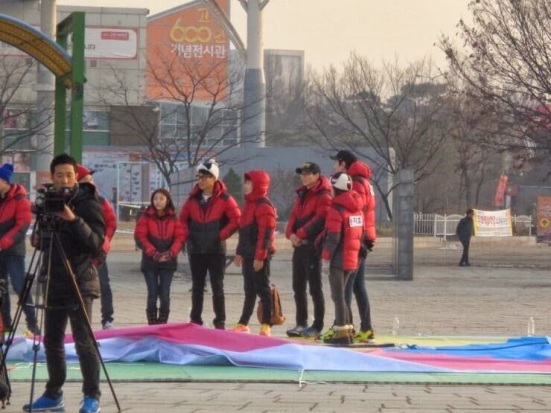 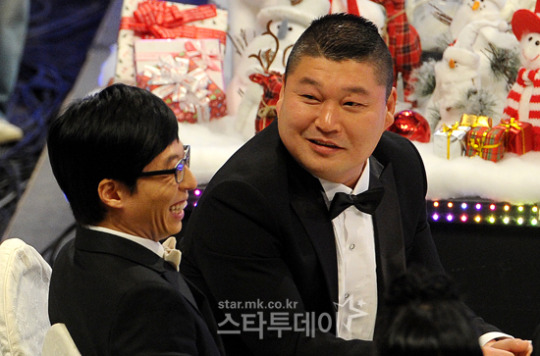 A rumor has been going around Korean Variety land – and it is a big bit of possible news. Apparently Kang Ho Dong (Barefoot Friends) is looking to start a new variety in April. A possible Co-MC? None other than Running Man’s Grasshopper Yoo Jae Suk. The two have worked together in the past, and are equally considered variety legends in Korea. The potential show would air on Sundays on SBS (ummm….this would almost have to be a RM lead in show judging by the network and day). Only time will tell if this happens, but I am already excited for the possibility. 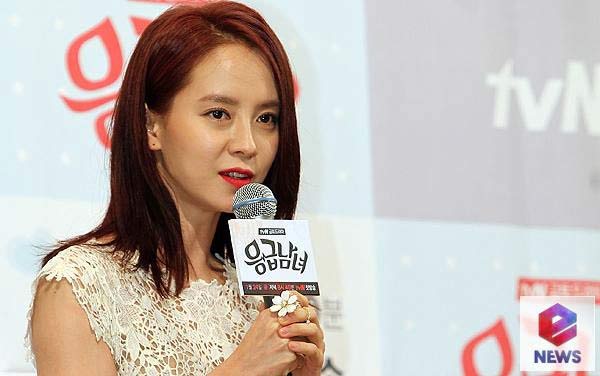 On January 21st Miss Mong attended the press conference for her new tvN drama, Emergency Couple. The press event was full of beautiful snippets such as:

When asked about marriage Ji Hyo replied “Whether I get married or not, that’s that. If possible, I want to postpone marriage as far as possible. I want to enjoy the freedom I have while I’m still young. If I’m going to regret either way, isn’t it better to regret later? I’m pretty satisfied with my life right now.”

Here is hoping she is only thinking about regretting things if she does not marry Gary. Yes, I am wearing my delusional shipping glasses right now, thank you for asking. Another quote from the press conference:

“Although I’ve been doing variety programs for a while now, my original day job is acting. I’ve continued to act, but because I’m greeting you with a present-day drama, I feel like I need time to get adjusted too. There are fun and burdensome parts of acting as a character who is divorced. First off, I like that I’m able to show the image that I’ve been showing on variety programs. Of course, I’m also determined to show my own self through this drama, rather than just trying to appeal through my acting.”

And some pics to finish it off: 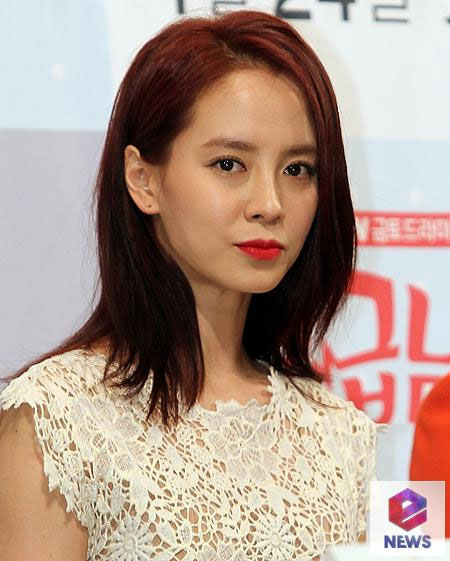 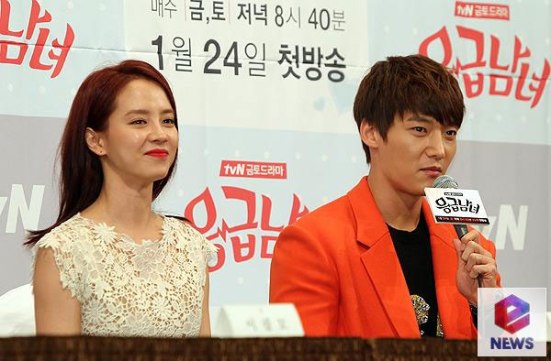 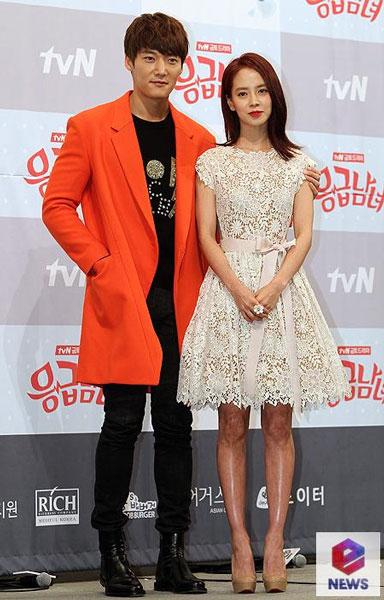 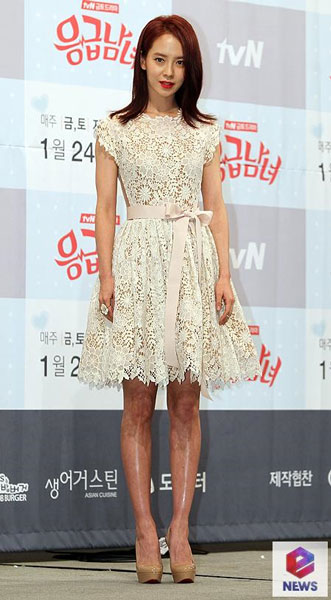 Meanwhile the 1st episode of Emergency Couple aired today (January 24th). I have not had the pleasure of watching it as of this post, but I have had time to check out the teaser pics – my favorite is from a scene of Ji Hyo’s character drunk as a monkey on set. Enjoy. Oh, and there is a preview of the show after the pics. 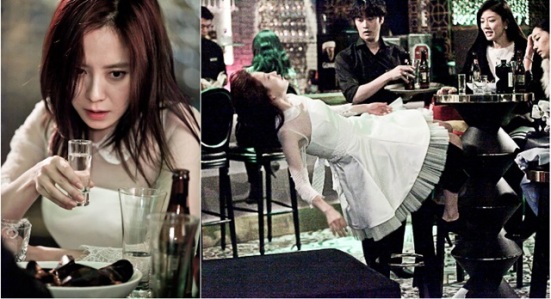 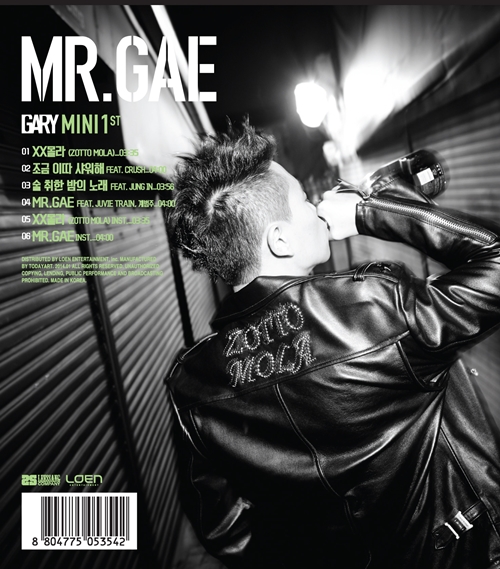 If you have not yet heard, Gary recently released a mini album titled Mr. Gae. His music video for the song Shower Later featured some pretty risqué scenes. The songs from the album have been banned from all three major broadcasting stations (MBC, SBS, and KBS) due to the sexual language of the song lyrics. 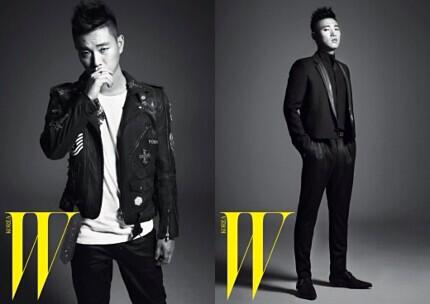 Gary recently sat down with W Magazine for an interview and commented:

“The image in my debut track might be unrecognizable from my ‘Running Man’ image where I laugh naively. If you’re a fan of Leessang’s gentle lyrics, then you could argue that my new song is careless. However, I need to break that mold of my variety image so that in the future I can go further in my career.”

Hey- I am cool with that Oppa. Just make sure you keep Monday Couple up and running and you can put out whatever type of Music Video you want. Seriously. Well unless you are kicking puppies or something. Then I draw the line.