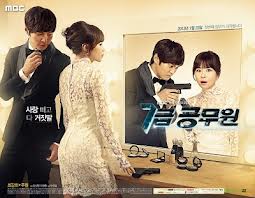 Episode ten ended with an emotional bang- a fitting cliffhanger considering we are now at the halfway point for MBC’s currently airing Wed / Thu drama 7th Level Civil Servant. It seems like only yesterday that our main characters were at NIS training. Awwww, spies grow up so fast!

Time to reflect on how we got to a point where an agent fired an accidental shot in spy HQ and Joo Woo gave us an epically tortured sad face. Cheers.

Seon Won / Kyung Ja / few-other-names is a country girl that has invested in her education and dreams of producing educational videos. Working a multitude of part time jobs to put herself and her brother through school she has a tireless work ethic and drive to succeed that leads her to take a job going on blind dates. Her new career leads her to meet Gil Ro / Pil Hoon on an arranged date. The two have conflicting personalities which are only magnified as they meet again while pursuing a career as spies.

Pil Hoon/ Gil-ro / Don’t-you-know-spies-have-other-names is the son of a wealthy businessman (a businessman that does not turn his back on shady deals and dirty money). Consistently facing his father’s scorn throughout his life Pil Hoon aspires to become a spy like James Bond. Living his life in the fast lane (think fast cars and firearms practice) Pil Hoon is taken aback when he is forced on a date by his Mother and meets Seo Won, a woman who ignores his rude behavior and dutifully stays until the end of their arranged date -in spite of his actions.  Gil Ro’s interest is piqued further as he runs into our heroine as he interviews for the NIS. 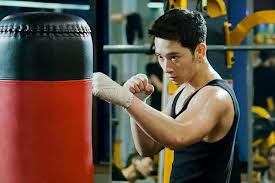 7th Level Civil Servant’s version of King 2 Heart’s resident perfect man Eun Shi-kyung, Do Ha comes from the Special Forces and joins NIS with absolute loyalty to his country. A guy that seems too perfect to be true he develops a crush on Seon Won and becomes Gil-Ro’s main rival.

Our secondary female lead, Sun Min is a comedic portrait of a woman that seems to fall into some of the worst behavior she can find. I mean- bully then become an NIS agent and still accidentally fire your gun and laugh about it? I guess- okay I cannot hate, she makes me laugh. Sometimes. 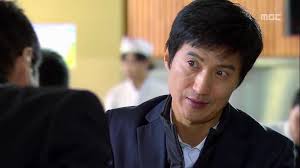 The spy  master and mentor of 7th Level Civil Servant, Won Seok has been through a hell of a lot (see episode flashbacks), leading him to become the kind of spy trainer / mission leader that gets the young kids excited to become spies. But do not let the cool and smooth exterior fool you, Won Seok is a man who has a lot of heart and more life lessons to teach than Tony Robbins and Oprah combined.

The co spy master of the NIS Mission team, Young Soon is one tough cookie. Having been the only person in the last twenty years of NIS training to pass the lie detector test she is a powerful kick ass kind of character. 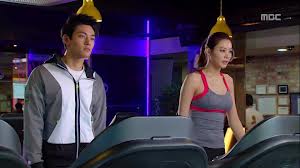 Every good spy story needs evil nefarious villains- this show is no exception. Mi Rae and JJ are the children of men killed due to a NIS mission. Now grown they have made it their goal in life to seek revenge for their father’s and kill the NIS agent’s whose actions caused their father’s demise. Think City Hunter but with less Golden Triangle Heroin and more corporate sniper behavior.

Our Story Thus Far (in a brief, un-spoily sort of way)

Our heroine will be called Seo Won and our hero Gil Ro. I have to say that upfront due to the change-your-name to fit the situation rhythm of this show. With that settled our story starts with Seo Won studying hard for the civil service / intelligence test and Gil Ro dreaming of the day he can become a secret agent, practicing by driving fast cars and shooting guns.

Seo Won is living a life packed full of school and work. She devotes her compensation to her family and therefore reluctantly takes a job going on blind dates for the wage. Her first date is with Gil Ro. The two are far from interested in each other and spend the date studying. A second date leads to a racing incident which leads to Gil Ro losing his prize car due to Seo Won’s fright over his driving ability and lack of respect for others. The highly charged dates build up to our hero and heroine interviewing for the NIS on the same day.

After recognizing each in a fit of awkward hatred our leads  are accepted into spy school- leading to a logical progression of hatred, awkwardness, understanding, and love (I declare these the four stages of rom-com). But that comes later. First the two are thrown into a diverse mix of students, including the perfect guy Do-ha and the woefully misguided Sun-Mi. At the head of their spy training are the duo of Won Seok and Young Soon, two spies that I am convinced went to the James Bond school of espionage (gambling and dance anyone?).

After a turn of events and a year time lapse we find our hero the director of his father’s business development division and our heroine interviewing for a job on his team. Our villains are poised for revenge and our NIS team is on the job. Who works for who and what happened to bring our two leads together will not be revealed here (un-spoiler like recap J )

This show makes me tread a very careful path. If I misstep or overestimate I become sorely disappointed. 7th Level Civil Servant is a romantic comedy, when I forget this I lose as a viewer. Not to say that the show does not play up the rom-com bit, it does that very well. In fact that is probably the thing it does the best. When I start paying attention to the espionage or dramatic undertones I become sorely disappointed and critical to the point of pure laughter, which is a bad thing because I more often than not feel like I am laughing at this show, not with it. 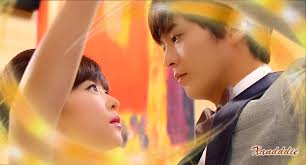 That said, our leads are very appropriate for the romantic comedy genre. The quirky female agent vs. the unloved rich guy kind of agent with a wounded heart, there is little to stop the sparks and arguments from flying. This is great, until they go all serious on us and try to layer in the emotions and conflict to a point that belittles the rom-com feel of this show. Because then this show fails miserably. 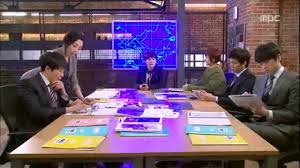 The secondary characters are interesting on a limited scale. I find myself getting bored with them in a hurry when they are not involved in our main characters scenes. I often judge a drama by how much I enjoy watching the secondary leads; after all if I love the majority of the cast of characters I seem to love the story. Unfortunately this cast does not give me the feeling of “can’t wait to see character x, y, and z this episode”.

Okay, I know it sounds like I dislike this show. That is not true; I have not dropped this one for a reason. When it is exciting it makes me want to watch, when it plays up the rom com bits it is funny and truly a joy to watch. My beef is that this show does not seem to understand it is playing up the espionage genre for laughs and not as an action thriller spliced with rom-com bits. After all- what agent accidentally fires their gun and who thinks spies regularly converse about their missions in public places aka the same handful of coffee shops and juice bars? Apparently this show, after all they have time and time again displayed a dramatic bumbling that I can only believe the show takes seriously (due to such moments place in the overall plot development).

My recommendation- tune in if you are ready to laugh and happily accept a grain of salt. Oh, and did I mention that Joo Won is in this show? Call me shallow, but that is a pretty good reason to at least tune in. Just remember- this is the James Bond School of espionage meets the Mel Brooks Institute of Comedy. Just don’t tell the show that, it may become upset. And accidentally shoot you in a cute way. Cheers.