I have a wide and varying opinion of the shows I watch and I cannot claim that the way I rank them is in any way logical (other than, of course, how much I enjoyed them). The ratings number is in pink and directly follows the title information. Cheers!

Coming of age story- wonder years style. I have to admit, it tugged deeply at my heart strings. Accomplishing what few K-dramas do, a realistic and poignant story of the journey from childhood to adulthood.

Well written, well acted. Great chemistry between the leads. Plotted well however I felt like some of the episodes towards the end of the drama were drawn out and did not move the plot forward as quickly as they should have. If it was not for that this drama would be an easy 9/10. 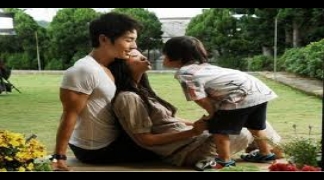 My first Taiwanese drama was far from disappointing. More adult than most k-dramas I have watched this show brought the melo and the realistic situations (to a point, a fine point). Unfortunately it also brought the drawn out story that seemed senseless at the end. I give it a seven for the first five episodes alone. Plus the kid was kind of cute.

A hot mess. A hot mess that I loved. F4 made it. Each episode had enough of humor, romance, and plot inconsistencies to make me want more. More! 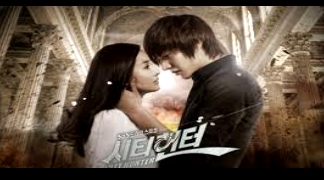 Writing, directing, and acting synchronized perfectly. This drama is hard to beat. While not 100% perfection, pretty damn close. Kept me on the edge of my seat, my heart was racing, my pulse skyrocketing. A thrill ride that added the right amount of romance, action, drama, and threw in heart wrenching surprises at every turn. City Hunter- I love you. 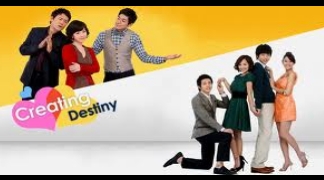 I loved that Tae Young and Eugune met while filming this. I did not love the lectures by Grandma, or the length. The story could have been trimmed by about 15 episodes and turned into a much better show. It was a little ho-hum with some cute moments. 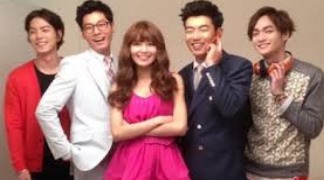 Loved the look and feel of this show, loved the cute and episodic cast dynamic even more. While not a heavy hitting drama, the right type of show for a snowy winter day when all you want to do is snuggle in a blankie and watch something light hearted and delightful. Not a masterpiece, just cute. 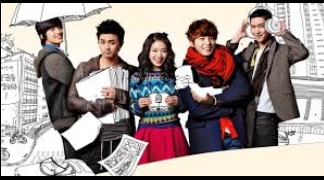 Well done look at social anxiety. The cast had adorable chemistry but knew when to bring the serious. This drama took a turn for the worse towards the end- episodes that seemed pulled out of a writer’s hat cropped up four times in a row. After watching the finale all was forgiven, this drama was a keeper. 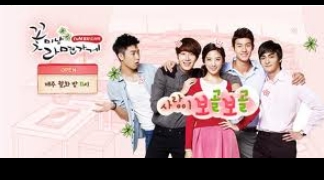 Loved the assembled family in this drama. I loved it so much that the last episode left me wanting a lot more. The main couple is beyond cute with great charisma. Not a Citizen Cane, but a drama that made me cheer and fist pump in tandem, with yearnings for the great chemistry the cast possessed. Highly recommend. 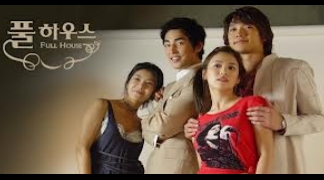 The last six episodes were extremely repetitive. However, it was cute. Cute in the- wish I could move in with Rain way. Not the I want to see a second season way. 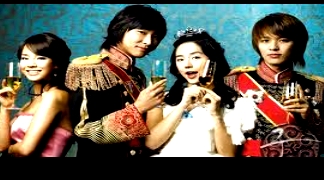 Sweet. Yoon Eun Hye delivers as does Joo Ji Hoon. While a little longer than the story allowed for, it was a fairy tale romp of sweetness. Even though I think it is a little overrated.

An inconsistent plot and terrible writing countered by Lee Seung Gi and Suzy. Unfortunately our adorable leads could not save this one. Tune in if you want mindless entertainment without much consistency or plot.

Cute. Cute. Cute. This show is a drama story that was ripe to be bogged down with its melodramatic plot twists but saved itself with comedic timing and a huge heart. A far from perfect drama yet still a very entertaining and funny showcase of Busan. 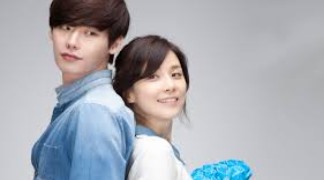 Loved it- my heart has never raced so much. The suspense in combination with the emotional investment this show elicits is pure torture, but in a good way (which sounds weird, I know). Powerful ensemble cast and great writing carry this show from beginning to end without missing a beat.

Grab a box of tissues and hunker down for this one. The plot pacing is a mess but the tears are real-really real. Tragedy filled real.

A re-imagining of historical events, JOJ was thrilling to watch. While there were plenty of ugly moments in this drama (the whole JOJ evil thing) the majority of this show was engaging with a nice plot consistency. One of the best romances I have ever seen. 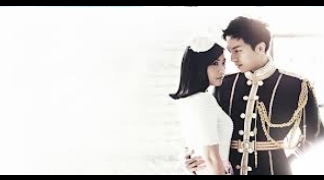 This one surprised me. It should not have. King 2 Hearts has so much character, so much heart, that it is one of my all time favorites. Plus you cannot beat Ha Ji Won as a killer North Korean agent and Lee Seung Gi (*sigh*) as the King of South Korea. Fighting! No really- fighting! 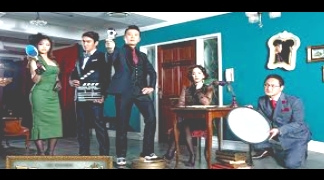 This drama was hilarious. The meta drama format was done extremely well. This show knew when to be funny and when to be serious, a rare feat in drama land.

Do not let the first five episodes fool you. You will want to gauge your eyes out by the end of this one. I give it a two based on respecting what the cast could do.

It is a breeze to watch, not heavy on any artistic points. Coca Cola kiss made it all worthwhile, despite the need for a plot. 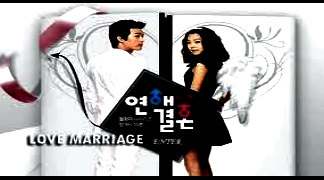 A drama without an enemy. Super adorable and sweet. A nice, easy to watch, cute filled dose of Rom-Com. 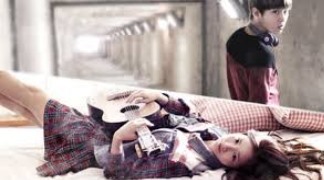 I love me a coming of age story. Monstar was certainly that with a huge dose of music to boot. The characters were interesting and the story was consistent and well-paced. There were a few hiccups towards the end of the series (too much resolution too quickly) but don’t let that stop you- this show has a lot of heart.

I cannot claim that this drama aged well but it still makes me happy- even though I am well aware the story is a little lacking. Lee Dong Wook and Lee Da Hae are rom-com gold in this drama. If you want to dig into the oldies but goodies start here. And then check out Full House.

The Hong sisters never let me down (well, almost never. Big was an exception). MGIAG is a winner- a drama that never fails to bring the cute, all while letting a folktale direct a modern day tale of sacrifice and love.

This is a hard one to beat in my book- it was a forerunner of all of the contract relationship- chubby girl dramas that flooded everyone’s viewing pleasure post –MNKSS. Hard to top- I compare every K-drama rom-com to this one. 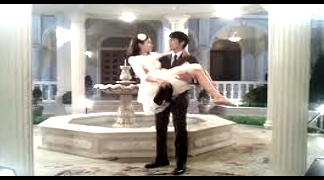 If only Kim Tae-Hee and Song Seung-Hun had been cast in this type of drama earlier! Actor talk aside, liked it. It felt like mowing down six cotton candies and washing them down with four sodas. Sweet and funny. The plot could have used more points, but the casting turned out to be fitting in a very surprising way.

A suspenseful story of time travel, illness, and misbegotten actions, this is a superb drama with a major downfall- the ending (call it the Lost affect). The ending can be construed and understood in different ways which always causes some hate; honestly the ending caused me to bang my head against a wall. This show would garner a ten out of ten if not for the end.

A love story to die for, a politically charged plot that keeps you at the edge of your seat, a multi layered story that speaks to the bonds we make and the bonds we break. One of my all time favorites, I cannot say enough about this drama.

Hated how it ended. Loved the ride to get there. I guess I had higher expectations- but I loved the multitude of clichés spun in a cute if not fresh way. Plus the office, secretary boss relationship was done well.

Time travel done right. With a more plausible time traveling mechanism than 99% of such dramas to date QIHM gets it right. Not to mention crackling chemistry from the leads and a speedy enough plot pace to keep this drama exciting from start to finish. Not to be missed. 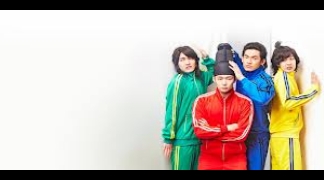 Not the best time travel show out there (Queen In-Hyun’s man takes the number one spot for me) but still a riot. The color coded Joseon’s are not to be missed. I hated how it ended (mostly because I cried) but I thoroughly enjoyed the ride. Enough to think I should watch this again.

Body swapping. Hyun Bin. Ha Ji Won. Yes, please. Great chemistry, great acting, witty and funny banter. I wanted more, but could wait a few days, or a few weeks for it.  However there are several scenes I still think about. Go Flower Wine! 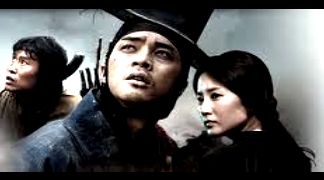 Ohhh…Secret Investigation Record. How you confused me and threw me into drama heaven all with one bright blue lightning bolt and a little paranormal action. Sometimes the best dramas are the ones that air at midnight on a Friday. Sometimes they are the cable titles that beat the best that KBS and MBC can muster. Great directing, tight storytelling, and thought provoking drama that made this 12 episode cable drama an all time great.

In my top three. One of the most well done coming of age stories I have seen in any form of television or cinema (American or otherwise). The story of Eye Candy, the rebel band made up of fist-fighting punks,captures teenage angst better than any drama I have ever seen. Ever. 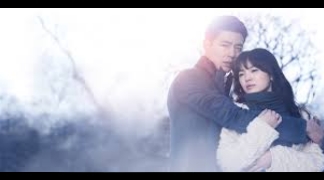 Visually one of the best dramas I have ever seen, story wise not so much. Inconsistent characterizations keep this show from owning the masterpiece status.

8 thoughts on “Drama Reviews and Ratings”