I watch a lot of Korean reality / variety shows. I came to this conclusion long ago, when I swore off more than a few decent dramas to catch up on the latest in reality goodness. So with all of my drama neglect guilt I thought it was high time I recommend some more reality/variety programs for your viewing pleasure. Or I need someone else to join in my guilt. Or something. Cheers!

In years long gone…well… last year, a team of six idol hopefuls battled it out against a team of five other idol hopefuls. The team of six lost, which led to this program. Team B from the 2013 YG Entertainment (home of Big Bang, 2NE1) program WIN: Who is Next are the stars of this show, plus three new trainees for good measure (The winners of WIN became the group WIN, if that isn’t too much of one word or anything). As usual Papa YG is up to no good (or addicting no good) as he pits the nine against each other to whittle them down to a final team of seven guys ready for their big debut.

If you thought WIN was a heart wrenching show, then tune into Mix &Match for a larger knife through the chest. I tried to swear off idol elimination shows after WIN and marathons of the shows that gave birth to 2PM/2AM and Big Bang put apparently I am a glutton for heartache. Still this show gives a whole lot of amazing performances from our trainees, which in my opinion is well worth the watch, heartache and all. At the end of the series the new YG group, Ikon, is formed, consisting of seven of the nine members of this show.

We Got Married: Song Jae Rim & Kim So Eun

I was a recovering We Got Married addict when this couple came along. I had a good eight months under my belt of not watching this show – after I realized how much time I had (again, in my opinion) wasted watching the couples on this program throw off zero chemistry. And then…and then…well-watch these two.

Jae Rim is full of cheesy pickup lines while So Eun is always ready to shoot back, this couple is not shy and generally say what is on their minds. Together they are We Got Married gold – they seem genuinely interested in each other (call it the acting, call it whatever, reference how scripted this program can be or believe in it- but hell they are entertaining however you look at it). More important than how much they actually want to hook up is their sheer entertainment factor- and it is through the roof.

Roommate season one was mildly entertaining – I watched it, I reviewed it, and I didn’t necessarily regret watching it (there was a lot of fun there). But season two came along and made me think that season one was the warmup for what this show could be – a highly entertaining look at some bold personalities stuck in a house together (was it just the Real World formula working itself out? Who knows, but I am sucked in more and more).

Guk Jo and Joon Hyung are especially noteworthy as of season two, steering the roommate outswing from funny to funnier. There are a lot more outspoken cast members this season which leads to more entertainment. And – shameless self-plug ahead – you can always discuss this program via Drama Fever’s Roommate Drama Club (which Lore appears on week after week – espousing the entertainment value of this show- alongside the amazing Rose and Qisti). 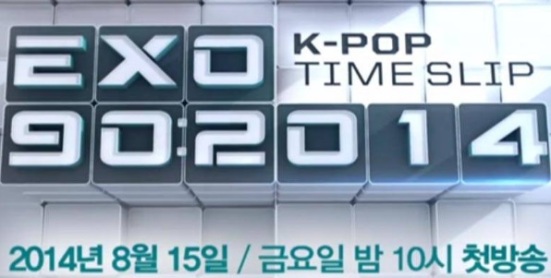 If you have been reading Stone Cities for at least a few months you probably know I have a thing for Exo – but this recommendation is only partially based on “that thing”. Seriously, this program has introduced me to a lot of really great artists from the 1990s that I was oblivious to prior to this show (blasting HOT in the background right now thank you very much). 90:2014’s format features one member of Exo creating a new music video (per episode) of a 90s K-pop classic, usually with the artist of the original score featured as a guest on the show.

As is expected of an Exo show there are a lot of cringe worthy moments (hell, fan or not I fully admit these guys have a lot to work on when it comes to programs centered on their group). Still, the introduction to original K-pop artists (Shinhwa, G.O.D, and BOA are among the guests) drives this addiction- even if there is some awkward to take in. From learning about the artists of the past to seeing their choreo painfully reenacted, I have been sucked in hook line and sinker by this one.

Yep, there be my current addictions (or just ended addictions). So what are you watching in the Korean variety/reality world? Any of the above? Something else? Let me know! I love me some variety and reality television chatter. Cheers!