Lore Unni and I find ourselves quite busy these days with wrap- up’s, midway post, and premieres! To add one more to our ever running list is Triangle Starring: 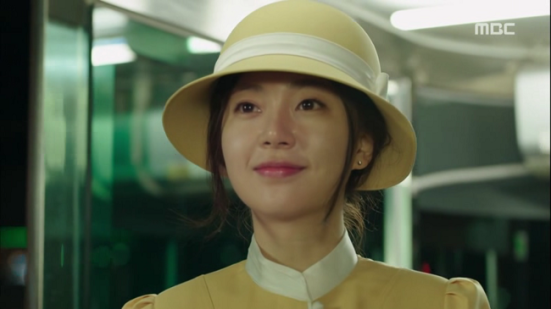 Now that we have our main players, time for the first two episodes rundown:

Even though we open up with the boys singing or listening to music and drinking (pictured above); the story really opens up the story in a former coal mining town Sabuk, which has since gone to pot for many reasons. Heo Young Dal causes a scene in a local restaurant to get money so he can go and play at the casinos.

While on his way to the casino, his friend, Yang Jang Soo (Shin Seung Hwan) runs into a former schoolmate Oh Jung Hee. You can tell that Young Dal is too interested…

Jang Dong Soo is a cop in Seoul. He is hell bent on taking down a former mob boss gone “clean”, Go Bok Tae (Kim Byung Ok). While trying to arrest him (without a warrant mind you), things go sour and Dong Soo snaps! IAB (Internal Affairs Bureau) is called to investigate the incident as well as Dong Soo’s competence as a cop.

Hwang Shin Hye is a profiler, who we discover grew up with Dong Soo when her father took him in at a young age. She is asked to evaluate his performance and his capacity to be a fit cop.

We also discover that she is a therapist, counselor, something or other to Yoon Yang Ha. Who we have absolutely no idea who he is, and why he seeks therapy.

Dong Soo, continuing on the trail of Go Bok Tae, finds a lead in his hometown Sabuk. Him and his partner set off to find shady dealings that may involve the bad boy gone “clean”. He goes to the local police department to see if they can assist him in finding a reliable informant.

Yang Dal, while on one of his many romps with someone else’s wife, is caught, and runs down the street naked passing Dong Soo and Jung Hee by in embarrassment.

Once he is freed from sure death (sleeping with mob boss’s wife will do that to you), he meets Dong Soo who tells him his job is to get name, intel, etc. when he goes to the casinos. 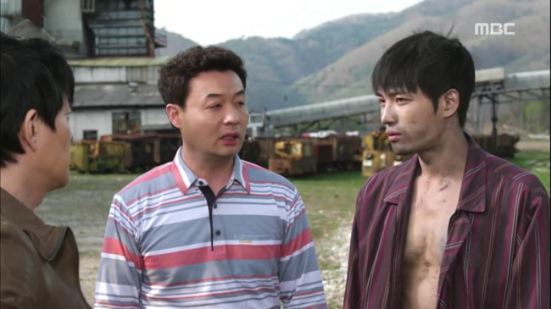 Mind you, it appears they have no idea who the other is… Oh did I neglect to mention that they are brothers? Yoon Yang Ha is their brother too. Moving along…

Go Bok Tae, gets some information that a US company is in cahoots with some other companies to open a multibillion dollar casino in town… Of course he wants in on the deal.

In the previous episode, Young Dal and Jang Soo, “borrows” some money from one of their boss’s stash). Young Dal gambles ALL the money away. He loses the last of it in this whole in the wall gambling rink, owned by Madame Jung (Lee Yoo Mi) and Man Kang (Hong Suk Chan), to his baby brother Yang Ha aka sexy, cocky boo, who knows how to gamble.

While trying to decide how they are going to get their hands on some cash to replenish their boss’s stash, it is discovered that boss “committed suicide”. Young Dal and Jang Soo take the remainder of the money, not knowing that others were looking for it too… *Insert Dunt Dunt Dun tune here*

I am on the fence of how I feel after these first 2 episodes. Unfortunately, I have already replaced Jae Joong in my mind with at least 3 other actors that I think could have done a better job. I do not hate JJ, but I am not convinced, as of yet, of what he is bringing to the table. This saddens me because so many people were raving about him in these first 2 episodes, and I feel it was hype.

Everyone else I have no strong thoughts on at the moment or they are killing it (Lee Beom Soo and Oh Yoon Soo) because that is all they know how to do. I am also upset at how attractive Im Siwan is as Yoon Yang Ha… It distracted me a few times—I had to re-watch a scene of two… twice. I guess I will be blowing kisses at him a few more time before the show is over.

What I do find interesting is that all these men (the 3 brothers) have a mental problem. Not to say they cannot function or anything, but whatever trauma that has occurred has left them all “damaged”. Jang Dong Soo is a “ticking time bomb”, Jang Dong Chul seems to be over emotional and reckless, and Jang Dong Woo appears to have the makings of a serial killer. I am looking forward to how this all plays out, especially when they discover who they all are.

Since this is from the writers of Swallow the Sun and All In, I think you have to give them more than 2 episodes to say yea or nay. I personally think it is off to a shaky start, but it can make leaps and bounds with the proper know how. I am excited to see how it unfolds!

It was okay, not great, not terrible, just okay. At 24 episodes the thing that worries me the most with this drama is that it will take too long finding its footing, loosing my interest in the process. As of week 1 there is nothing that particularly hooked me about this story. The characters were just interesting enough, the setup mediocre. I don’t have major excitement for where the story is going, which I guess is not a good sign. I will stick with it for awhile to see what this drama can do.

On the acting front I agree with E-Kun’s assessment – JJ was nothing special in the first couple of episodes (other than that shirtless bit). His character is of the twisted sort (just like his brother’s) and his performance did not wow me into thinking “Man, this guy is f***ed up- and I want to see more”. Just like the show in general he was okay – not amazing – just okay.

This is the first time I have seen Im Siwan in a leading role. I have always heard pretty good things regarding his acting, so I am a little more interested in his performance than that of his costars. He did not have a ton of scenes in the first two episodes, so I have zero idea just how well this kid will pull off his role. But I am watching and waiting.

Here is hoping week 2 delivers in a way week 1 didn’t (in my opinion). I do feel that this show has potential – the three-brothers-who-don’t-know-they-are-brothers plot could be an amazing tale, if executed well. Again, watching and waiting. I just hope this does not become the phrase I associate with this show. Cheers.