Answer Me 1994. What can I say? Hmmmm…. beepers! On December 28th tvN’s latest retro series, Answer Me 1994, came to an end. There was plenty of drama around this, um, drama, and I think I have finally sorted my critical side out. Review time. 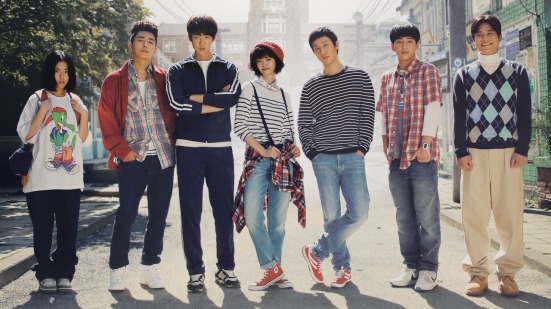 A gaggle of country kids (plus someone from the big city) shack up together in the best Sinchon Boarding House ever. They live, learn, and love as the 1990s give way to the 21st century. Think beepers to cellphones. And PCs to laptops.

Fantastic. The Answer Me series knows how to deliver when it comes to a cast full of interesting characters. Yoon Jin the Seo Taiji fan, Cheun Po the older looking uptight guy, Chilbongie the hopeful baseball player, Haitai the player, Binggeure the lost and deep thinking sensitive kid, Na Jung the basketball groupie, and Trash the animal like med student live under (or visit often) the roof of the bestest drama parents ever- Dong Il baseball manager extraordinaire and his wife Il Hwa (cooking extraordinaire).

The cast of characters carries this drama from start to finish. I have always thought that the Answer Me series was very “Wonder Years”-esque in the fact that each episode highlighted thematic character growth (with a moral). AM94 has upheld this and then some. From understanding what it is like for your loved one to see their favorite boy group call it quits to dealing with your son’s early death, there was a lot to be said for the way this story could pull its characters into greatness – in the most nuanced of ways.

This show was hilarious. From a pants dropping Haitai to a freezer opening Dong Il to a farting Na Jung there were plenty of moments that left me laughing. Like enough for other people to ask if there was something wrong with me. Yeah, I know, I snort when I laugh. Okay, I am over it?! Right…Baaaaah! 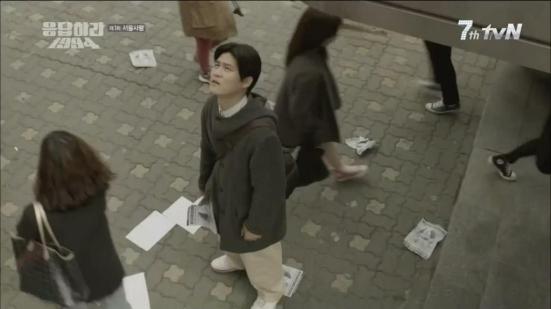 The Coming of Age Tale

I think I have loved coming of age stories since I was…coming of age. From Breaking Away to The Outsiders to Catcher in the Rye I have been entranced by many a tale of youth making the leap to greatness. Answer Me 1994 is a coming of age story I can kind of relate to by experience (kind of, at least -I was 14 when the 90s ended). Regardless of decade the story is the same, becoming an adult is not all easy peasy. Emotions get in the way, life gets in the way, heck everything gets in the way. Welcome to adulthood! Now, about that credit card bill… 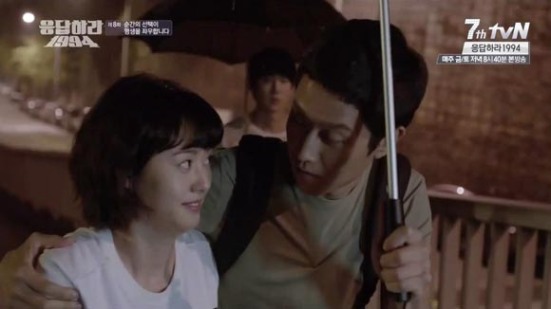 I hate comparing Answer Me 1994 to Answer Me 1997 because they are two different stories. Really. In the beginning I compared away, but after a few episodes of AM94 I realized the stories in this series were very different animals. However, upon the conclusion of Answer Me 1994 I have to go back to comparing these two shows. Why? Well, because Answer Me 1994 f***ed up.

Answer Me 1997 had a romantic mystery, but it really was not a mystery insomuch that it was clear how this story would end. The real treat was watching the characters get there. You knew there was some growth to be done before you would see the inevitable ending, and that thought was exciting enough to keep my interest.

Now turn to Answer Me 1994. Unfortunately this show decided that the ONLY reason you would want to watch is because of the mystery. Nope – not because you saw it coming and wanted to see how we got there. Instead it appeared that the writers thought that dragging out the conclusion was a better tactic. How wrong they were. Sometimes knowing how the story ends but enjoying the ride is a better way to go about things. AM94 writers, why? Why? You could have been somebody- you could have been a contender!

The bottom line is that the writers became a slave to the mystery – who is the husband?! They became such a slave to the mystery they let a lot of potentially awesome things go. They gave away their opportunity to fully develop the lead characters beyond the love triangle. They gave away their ability to show that, for all of the awesome and well told tales of nostalgia, they had a deeper purpose. Which is unfortunate, because I have seen how awesome they can BE (Answer Me 1997).

For the record I do not dislike this show. In fact, I enjoyed it. However, no matter how much I loved the coming of age tale I had my issues with this show and what it could have done. And with a critical eye I can’t just sit back and ignore that. Cheers!

2 thoughts on “No New Boarders: Answer Me 1994 Series Review”