Yesterday I was watching Good Doctor when a familiar scene presented itself- the cast of characters decided to have a celebratory lunch. Where would they go? Of course they would eat at their local franchise restaurant. While chatting away they prominently ate their food, flashing the company’s logo every time they lifted a cup or took a bite of their subs (I will let you guess which restaurant I am referring to). I have seen this many a time, so it was not shocking. But it did make me remember something I had read a while back, that such product placements in dramas occur because they do not have commercials. And then it hit me – as an online watcher I have no idea if dramas actually have commercials. And then another thing hit me (no, unfortunately it was not a big ole bear hug from So Ji Sub), that without commercials dramas would suffer from lost advertising revenue oppurtunities (when commercials exist and all)? And then it hit me- yes, I am in fact a financial analyst and MBA student. I tend to think of revenue…a lot. Nerd!

So, what else would I do with all of the dork like self-realizations but write a post (of course)!  You may already know the following or this may be head scratching news or insightful bits of information for you. I cannot claim to be an expert of anything in the following post by any means (I am a Korean Drama fan, much like yourself), I am relaying what I have read through investigation based on my own curiosity, and have added references to where I accessed the information. I do have a focus on finance, and do it for a living. So I hope it is at least informative (and not just me rambling about revenue and business strategy). Cheers! [warning- gratuitous use of Siwon GIFs from King of Dramas ahead]

So there are commercials?!
Of course! How else would broadcasters make their money you… silly…um…silly me! There are usually 3 commercial breaks during a drama broadcast, lasting about 8 minutes in aggregate.

That is great, the broadcaster is making money so they can keep airing dramas! Yay us?!

Well, yes and no.

Wait! So the production company is being paid, so who is not getting paid!

“Nearly half of the budget for the drama was spent to cast a couple of actors playing leading roles,” said a KBAU official familiar with the case. “My understanding is that in this spending structure he (the boss) found it difficult to pay others so he fled.”

“An independent drama producer starts shooting normally on a tight budget given by the broadcaster. A large portion of this is paid to a handful of leading actors,” Ryu said in a separate media briefing on the issue. “The producer usually needs extra money to fully compensate others. To that end, the firm sells the drama in various ways, but this is not always successful.”

The preceding quotes are referring to the drama “Rascal Sons”, which aired this past spring on MBC. Rascal Sons was produced by an independent company, To Be Enterprise (TBE). The CEO of TBE, after realizing his business model was heavily flawed, pocketed the cash and fled. Basically – he budgeted half of the production monies on two people in order to be picked up by a major broadcast station, MBC in this case, and then realized he had no money left over to gain a profit and pay out all expenses.

Unfortunately, the ones that suffer in this mess are the people who put on the show – the actors and actresses, the crew, the writers and pretty much anyone that expected a paycheck from the company that decided to put on the show in the first place. Unfortunately this is not an isolated incident.

Faith, the last drama (unfortunately Heirs has not yet premiered) featuring Lee Min Ho had the same problem. Sadly, the Producer committed suicide in the midst of the legal fallout from the nonpayment of the cast and crew.

Sadly, this is a self-propagating cycle. Independent production companies will go after top talent in order to attract major broadcasters. The broadcasters will pick up the dramas that have top talent, but at a tightly budgeted price. The production company, realizing they have to pay the top stars mega bucks, will soon realize their business model is flawed (but hey, they are on air! So all is not lost. Wait…it kind of is) and face the reality of not being able to pay the sound guy or the editor. It is a win-win for the broadcasters but a loose-loose for everyone that is involved in making the drama if the production company is not turning a profit.

The major broadcasting stations (MBC, SBS, KBS) have pushed for having all independent production companies they work with assume an insurance policy that basically makes sure the cast and crew are paid. But with the assumption of insurance comes an increase in expenses for the production company, which will in turn drive them to seek higher purchase (or licensing as it is often referred to) prices for their dramas if they want to remain profitable… 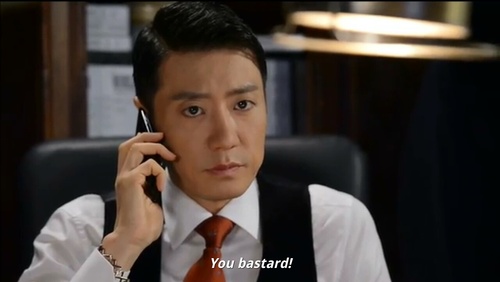 Of course this is not the rule. There are independent producers that pay their talent and their crew while retaining a decent profit margin. But the fact remains- this is a flawed system. As long as independent production companies will assume low budgets set by the purchase prices of their productions there is the threat of nonpayment. After all- robbing Peter to pay Paul leaves Peter with a sad look on his face and a tin can. Just saying.

I am a star! I am getting paid! But I have to work 20 hours a day because of a live shoot…

Assume you are an actor or actress starring in a drama. You are getting paid. Life is great…wait a minute! Nope, you are probably going to need IV drips and all sorts of things to get through the day. Why, you ask. Well, you will probably have a hell of a time keeping up with your schedule – after all, you have just entered the live shoot.

What the what what is a live shoot you ask?! Well, I will give you the explanation from Drama Beans, the expert in all things Korean Drama:

“Miniseries and special production dramas typically begin filming a month or two in advance of their premieres, although there are some that begin filming several more months before that (reasons: special effects, location shoots, production considerations like large-scale battle scenes). I’m excluding daily dramas, long-running serials, and sitcoms from this because those can have different schedules.

This head start allows dramas to have a few episodes in the can before the episodes hit the air, but the demands of production can catch up mighty quickly after that, and soon shows will be filming episodes the week they air. Two episodes per week means that each episode gets a few days for filming and editing, with not much room for extensive re-shoots and the like. Sleep deprivation is a given; mistakes a distinct possibility.”

As dramas air and as they achieve a fan base, the schedule becomes tighter and tighter. They respond to fan feedback (and by they I mean the writers, but with the consent of the production team, of course) and change it up. The cast and crew are suddenly in a rush to film the latest script in time to get it on air. After all, each episode needs to see the editors’ room and be readied for production – and some of these episodes are literally filming only a few (or couple- or one in the worst case scenario) days before they air. Again, the business side (or money-money-money) comes into play, as described by Sensei Drama Beans:

“The issue can get complicated if you look at all the various factors involved in bringing drama production to its current state — it’s not just a matter of saying, “Well, just start shooting sooner then.” There’s the fact that increasingly, drama series are being produced by outside production companies and then licensed to the broadcasters, rather than being developed in-house as in earlier days. With broadcasters a step removed from the process, money seems to float to the fore as the big driving force of everything — everyone wants everything done fast, and as cheaply as possible.

In other words, it is still about the cash. And the business.

So, you have rained on my fun drama parade. What do you have to say for yourself?

I am sorry, but such is the business side of what we both enjoy. For me dramas are not about the money game. The system is flawed, the financing is flawed, but let the people who are involved in that line of business sort it out. I was hoping to be informational, but I still love me some Korean dramas for the story they tell, but sometimes I just have to put my analyst hat on. Let’s rundown the issues first, then get to the conclusion of my revenue filled rant:

Yep- I frown on the business side, but it does not detract from my over all love for this type of show. Many businesses are flawed up the…well, you get the picture. But when a business that churns out engaging stories is flawed there is a certain amount of questions one must ask themselves. And then they were all answered with….

10 thoughts on “The Business of Korean Dramas”