Forty stickers for a fool, baby accessories, and the second runner up status are explained in this version of Running Man headlines. While my week is much improved over the last my enthusiasm for this show will not quit. Cheers!

Unfortunately I do not have a preview for episode 148 (apparently the internet and I are not BFFs right now) but I do have BTS pics. The next episode features a familiar K-variety personality, Jeong Jun ha, who is a member of Yoo Jae Suk and Ha-ha’s other variety crew, Infinite Challenge. Co-guesting is actress So Yi hyun (Cheongdan-dong Alice). I have no clue what this episode is about but I still enjoy some BTS photos. Cheers!

Ji Suk Jin appeared on the May 24th episode of the SBS talk show Thank You. During his appearance on the show he revealed a photograph of his wife, who happens to be eight years younger than him. The show’s cast remarked on the visual mismatch of the couple, as Suk Jin’s wife appears much younger.

Big nose hyung handled the criticism coolly, replying that his wife is not only a looker but a cool chick as well “She’s basically a rocker. I thought she was a ballad singer when marrying her, but she’s more like the rocker type.”

One day in the life of Ha-ha…

In other Ha-ha news our resident RM penguin has gone into overdrive promoting his wife’s newest single. The song, titled You’re the Best, was promoted by Ha-ha in a variety of ways, most of which include a bunny costume and hilarious actions. What a freaking nice husband! Check out the video below (and Lee Kwang Soo’s appearance in the beginning): 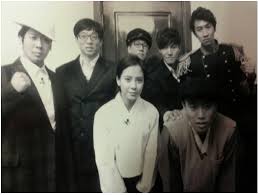 And second place goes to… 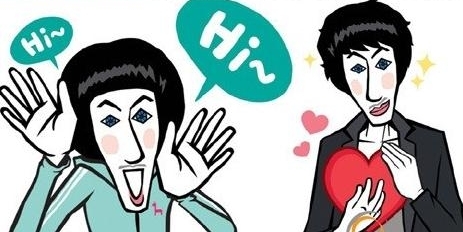 Messaging app LINE has produced the unthinkable- a product that is too awesome to believe. LINE has released a set of Lee Gwang Soo stickers, featuring Running Man’s giraffe in a series of daebak cartoon poses. Forty (you read me right, I typed forty) stickers have been created. LINE’s LGS stickables are currently available in Korea, China, Hong Kong, Taiwan, Vietnam, Indonesia, Thailand, Singapore, Philippines, and Malaysia.

Parting Thoughts (because I am still laughing)