Another week, another seven days of RM cast headlines. From the over sharing to the fan insanity, the week has been anything but boring. Cheers.

While RM was filming in Macau fans turned out in full force- proving the popularity of RM internationally. Fans cheered on the cast, causing traffic standstills at the filming locations. Pictures: 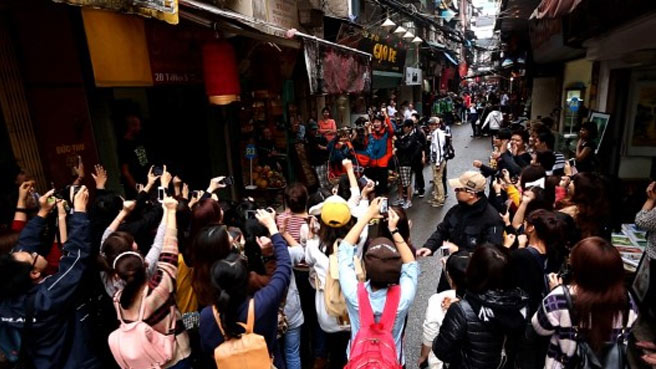 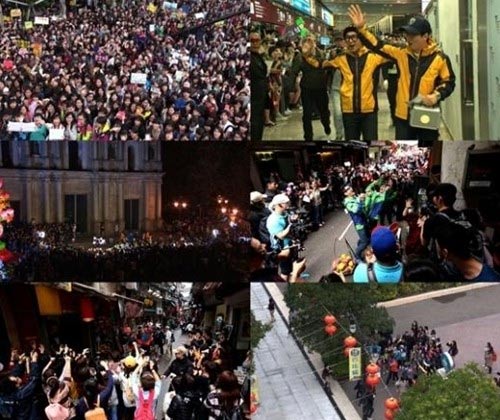 The Ace Welcomes the Year of the Snake

The lunar New Year was celebrated on February 10th, ushering in the year of the snake. YESSE, a woman’s wear brand that claims Ji Hyo as a muse, featured pictures of our Ace in hanbok on their website in time of New Year’s celebration. Here is hoping Gary updated his wallpaper.

Inquiring minds have wondered how Haha’s wife is three months pregnant when the couple held their wedding ceremony two months ago. Thankfully Haha cleared all of the rumors up by explaining that he and Byul had legally registered the marriage a month prior to the ceremony (fact) and only had sex once- after checking Byul’s ovulation schedule. Oh, and he used the phrase “I poured out my strength on a safe day”.

Some netizens are up in arms at the honest comments citing the fact that Byul may be offended by such revelations due to her dedication to her faith.  I say the pair was technically married and more power to them- if they are both okay with it so am I. Plus I love how honest they both are and the thought of little Haha-Byuls running around. Fighting!

The Maritime Marco press tour continues (I am loving the comments coming out of these interviews). Lee Gwang Soo and Song Ji Hyo are voicing characters for this animated tale of a monkey hero out to save his true love.

On February 12th Gwang Soo and Ji Hyo appeared on MBC’s Good Morning to promote the film. While the host questioned the pair about Gwang Soo’s betrayer character Ji Hyo replied ““Despite his character in ‘Running Man’, Gwang Soo is really a man of his word and a loyal friend.” Awwwww. I nominate them for Noona Dongsaeng couple of the year.

4 thoughts on “Running Man Headlines: Hanbok, Macau Pandomonium, and Haha gives it all away”