It is a tough time for a We Got Married fan. The times they be a changing and there is a lot of hate out there for this program right now. With so much news in the last week let’s take a look at how WGM has stolen the headlines over the last seven days… 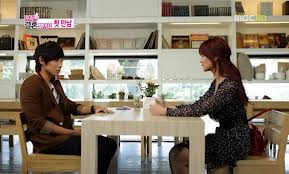 The s**t hit the fan for this pair when Oh Yeon Seo was rumored to be dating her drama costar Lee Jang Woo. Despite a denial and an on-air apology to Lee Joon a lot of netizens still brandished  pitchforks and torches in an all out witch hunt for OYS. Meanwhile Lee Joon, who just finished filming a movie / is starring in Iris 2 / is working on a comeback with his group and is all around super busy, posted a mysteriously frustrated message on his fan café.

Maybe this couple is made for eachother; they seem really good at making news. So long JoonSeo couple, and please do not give your pet chickens to Kwanghee. Just don’t, I beg you.

WGM Announces “world version”- What the what what?

This is more of a rhetorical question. I understand the concept (at least the concept that has been semi-released), one Korean and one person who is not from Korea participate in We Got Married as a faux married couple. Okay. Ummm, I guess I need to see an episode to understand why this is a good idea (other than a good idea for ratings in other countries). It feels like this setup could not fit the multi episode WGM format (are they flying to meet each other?) and leaves a lot of currently unanswered logistics question. Which gets us to our next piece of WGM news… 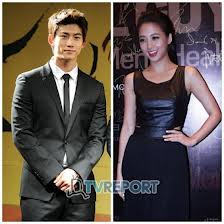 With the news of the Joonseo couple’s departure rumors began to fly regarding 2PM’s Taecyeon and KARA’s Nicole participating as the replacement couple. The rumors were shot down and it was revealed that they are both in talks to appear on the world version of the show (see confusion above).

Apparently Taiwanese singer Wu Ying Jie has already signed up and would most likely be paired with Taecyeon upon his confirmation as a cast member. To tell you the truth I have no context in regards to who these three people are. I possess the cursory knowledge that two of them are idols and one is a singer / actress but that is about it. However I have read a lot of netizen posts recently crying foul on any of these pairings or the respective star’s participation. Which leads us to our next piece of WGM news…

They really do. One of the elements I love the most in regards to Korean entertainment sites are the netizen posts (and I will admit it, love netizen buzz). As of late our netizens have been angry over WGM and everything about the program. If they cast this person, if this person remains, if this person leaves, if the relationships are too real, and if they are not real enough the internet public is angry.

WGM is getting a lot of hate anymore, and I can see both sides. While there has been too much news about this show (not that I am helping with my own post) there has also been a lot of fan frustration over the Joonseo couple. So, the netizens are angry, but at least they have fond memories of couples past. As you guessed it that leads into our next bit of WGM news…

We need one piece of good news and at this moment we have…drum roll please…a cute moment between former WGM faux married couple Yonghwa (CN Blue) and Seohyun (SNSD). The formerly fake married couple appeared on the 2/1/13 episode of Music Bank with their respective groups. CN Blue took home the top Music Bank prize and during Yonghwa’s speech he was handed a doll that was clipped to Seohyun’s belt by one of her group members. Seohyun also gave Yonghwa a congratulatory and friendly pat. So maybe this is not the most stellar news, or even shocking, but for a WGM fan I will take what I can get at this point.

5 thoughts on “We Got Married Headlines: Divorce, the world, and sweet potatoes”