If you are like me you picked up the Korean variety masterpiece Running Man when it began airing on Drama Fever. Unfortunately Drama Fever has not subbed older episodes and as of the writing of this post is only streaming Episode 90 and up (fortunately there are some awesome fan subbing sites out there streaming older episodes).

From my initial viewing of RM I have made it my mission to catch up on episodes 1-89 and fill in the gaps, largely because I wanted to know when Haha became Hararo, what Monday Couple was like when they were “together”, who the real King of Ddakjii is, and to watch SJK and his baby faced adorableness in all of its variety glory.

Whether you are looking for a handy filler for some of the inside gags and nickname stories, are entirely new to RM as of the last few episodes, or have watched the series for its entirety I am hoping you will enjoy this multi-part post and its background on the RM cast, the epic games, and inside jokes that make the show so enjoyable. 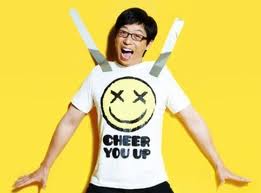 Known as “The Nations MC” Jae Suk debuted as a comedian in 1997. After his debut a stretch of 9 years passed before he gained recognition and a hint of success. In the years to follow he took up hosting duties for some of the most popular variety shows that have aired in Korea, including the now defunct X-Man and Family Outing, and the currently airing mega hit Infinite Challenge. Jae Suk and his dominance in the variety field has led to hosting duties for programs airing on all three of the major Korean broadcasting stations (MBC, SBS, and KBS).

On Running Man Jae Suk is often seen as one of the strongest players (after starting off as one of the weakest). Funny and likeable he greets every guest like an old friend (often ending up in harassment from his fellow Running Men). Intelligent and witty Jae Suk is the central figure that often brings out the casts great chemistry

Note~And yes, that is Jae Suk in Psy’s Gangnam Style video, yellow suit and all 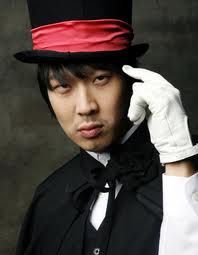 Haha started his entertainment career as part of the boy band Zikiri. Failing to find success in the music genre he quickly switched to MCing, staring in What’s up YO! After a few more stints hosting TV shows he released a new album and found some success as a rapper. In 2005 Ha-ha joined the cast of X-man and found his variety show niche. Going on to star in Infinite Challenge alongside Yoo Jae Suk, Ha-Ha has displayed an awesome talent for the variety genre.

Ha-ha is the loudmouth of Running Man, often voicing his opinion with great comedic timing. He is not a strong player but a freaking hilarious one. 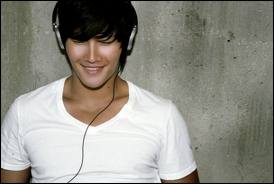 KJK got his first big break as one half of the pop duo Turbo, a major name in K-Pop in the 1990s. After Turbo broke up in 2000 KJK went on to release a successful solo album, making a name for himself as a ballad singer. Along with his singing career KJK became a regular on the Korean Variety hit X-Man with Ha-ha and Yoo Jae Suk. KJK also honed his variety chops on Family Outing (also with Yoo Jae Suk).

On Running Man Jong Kook is considered the strongest player. With a god-like physique and superior reasoning it became evident early on that KJK is the player to beat. Often bossy- to his sunbaes, peers and dongsaengs- he has earned the nickname The Commander with gusto. 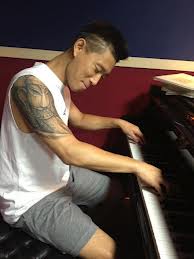 As one half of the hip hop duo Leessang, Gary debuted in 1996. Collaborating with many other Korean rappers, Gary has made a name for himself in Korean rap music.

On Running Man Gary is the wildcard- while not a strong player he has the power to surprise all around him by winning at the most unexpected of competitions. Funny and with a desire to make trouble he is often found verbally sparring with Song Ji Hyo over their “relationship”.

Debuting as an actress in 2003 Ji Hyo has found acclaim starring in Korean Dramas (Princess Hours, Jumong) and films (A Frozen Flower, Jackal is Coming). Ji Hyo started her Mcing career on the music program Inkigayo.

On Running Man Song Ji Hyo is known for her sometimes foul mouth and bad temper countered by her ability to win and play as well as (often times better) than her male cohorts.

Suk Jin found fame as the host of Star Golden Bell, acting as the MC from 2004 to 2010. A longtime friend of Yoo Jae Suk, Suk Jin is the oldest cast member of RM.

On RM Suk Jin is the weakest link. Usually eliminated first it is often said that the game does not really begin until Suk Jin is out.

Debuting in 2008 with a part in the SBS show The Scale of Providence, Kwang Soo has gone on to play supporting roles in the mega-hits City Hunter and Nice Guy. 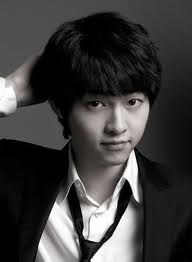 Song Joong Ki (episodes 1-41). A hugely popular actor at present, Joong Ki brought his flower boy image to Running Man. He left after episode 41 to focus on acting. During his time on Running Man he was known for his intelligence and perseverance. 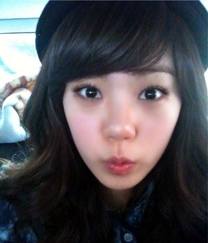 Lizzy (episodes 18-26). A singer with the group After School, Lizzy had a short stint as a RM cast member. During her time on the show she was known for her enthusiastic responses and Busan dialect.

2 thoughts on “Introduction to Running Man Part 1: Meet the Players”