Yes, I am prepared. Prepared that whatever I say in the next three paragraphs will most likely be ignored as the reader’s eyes remain fixated on Lee Min Ho. I get it. Totally get it. The dangers of the Lee Min Ho picture! Aisshhh. I guess I will just have to endure the pain of posting multiple pictures of LMH. Here it goes- ogle away. Let’s celebrate my favorite flower boy, Goo Jun Pyo. 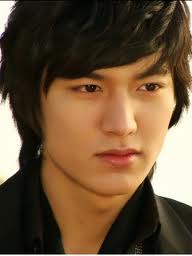 Jun Pyo was the perfect flower boy. Self involved with a hollow inside caused by painful memories and overwhelming loneliness he had the best reasons for his actions based on his logic, even if his acts were devoid of basic empathy. With a mother to rival Godzilla on his worst day and a deep dark twisted family secret, this kid had it bad. Not only did he spend his holidays with the staff as a young adult he has next to nothing in terms of emotional intelligence.

In retrospect I loved this character because of his potential, and most importantly how his potential depended on the exertion of outside influences. Jun Pyo, with his impersonal and distant upbringing eventually came to take his strength and emotional maturity from those around him, a huge shift in personality that reflects his overall character growth.

This character displayed a naïve worldview that evolved at a rapid pace once he started to care. His ability to change, even if it was at a snails pace at times, reflect a character that played the ultimate role. He was a jerk with a heart of gold, the man who had it all but family, a man who cared more than his tightly planned world would allow. For that I salute Goo Jun Pyo. A great character indeed.

8 thoughts on “The Best Characters in K-Drama: Jun Pyo, Boys Over Flowers”